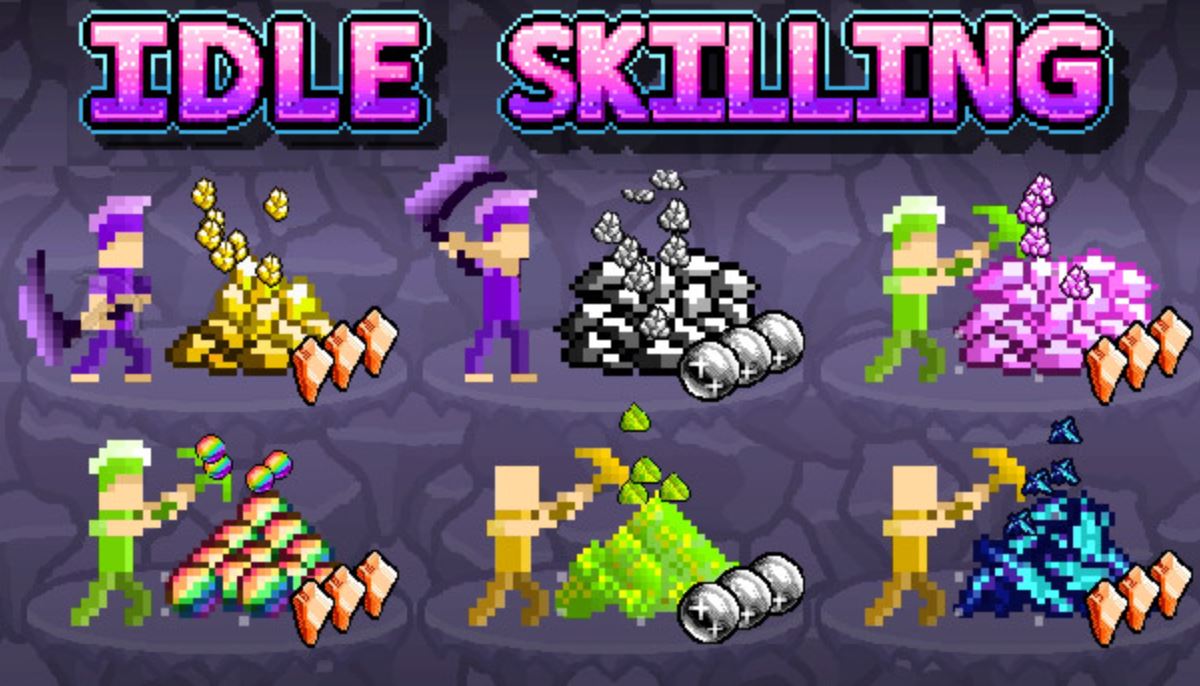 Idle Skilling is the best Idle Game because it has much to do.

You get better at things like mining, fishing, breeding pets, crusading, making potions, researching in the lab, building, and more as you play for 5–10 minutes a day.

By saying that there are always new things to do, the game description isn’t lying. You will have a lot of things to do. A LOT!

That is why this game may come as a complex or even distant game to some people.

Well, fear not, for it is in this guide that I will give you the best tips, tricks, and strategies to play a better game. Let’s see what they are.

1. Ascend Only When Necessary

Most people agree that you should ascend for the first time when you have about 100 AP.

After that, the right time to ascend is when you’re stuck far away from the next zone and feel like you could easily reach your goal with your new starting levels and the AP you’ve saved up.

It’s also a good idea to level up when you reach a new zone, because new perks make it faster to get back to where you were.

2. Use Rebirth but Do Not Rush It

Once you get to the end game, rebirth is just as important as ascending.

It is important to rebirth if you want to get better at farming, especially apothecary, open up new contracts and smithing tiers, and get boosts to ore and fish production and damage.

So, you shouldn’t ignore it, but you don’t have to hurry if your BP yield is low and ascension still gives you a lot of buffs.

As a general rule, you should rebirth when you have between 500 and 700 BP, and ascending wouldn’t give you any big benefits.

One of the best ways to get ahead quickly in a game is to do well in the beginning levels.

Having a higher starting level makes it take a little more EXP to level up, but not as much as a normal level. It’s still a good idea to get the starting levels.

4. Don’t Fight Enemies that are Hard to Kill

Try to get monster cards and clear out zones by fighting, but don’t try to go past the point where it takes a long time to kill just one monster.

If you’re not close to clearing a zone and you’ve already gotten your daily cards, you should try to get as much cash as you can or think about going up.

Due to the way health and cash are scaled, most of the time it is better to fight an enemy you can one-shot than one that gives you more cash but you can’t one-shot.

But look at the screen that shows how much cash you make per hour to decide what to farm for cash.

Monsters have a spawn animation that takes 0.025 seconds, so if your attack speed is 0.01 and you kill the monster in one hit, you’ll waste 0.015 seconds.

Don’t worry, though, because once you pass this speed, you can increase the toggle of your heavy cash shrine in the asylum.

Training is pretty easy; just upgrade your skillers evenly. Even though the first skiller is the fastest and costs the least to upgrade, it gives the least XP per minute.

However, that doesn’t mean it isn’t worth upgrading. Still, the best thing to do is to upgrade all of the skillers.

6. Do a Lot of Mining for More DMG Increase

Mining is important because you do most of your base damage with the weapons you make and trinkets give you a huge boost to your damage throughout the game.

So the more ore you will gain, the more damage you can deal.

As your mining level goes up, you can get new tiers of ores. When you unlock new ores, you can make stronger items by smithing them.

Each tier is much stronger than the one before it, so the mining level is very important.

Using mining experience cards can speed up the rate at which you gain mining experience, but the best way to get to higher levels is still to raise your starting level at the raid gift shop, contract shop, or ascension perk.

7. Spread Out Your Cards

Cards are very important for dealing damage, and they can also help to mine, spiriting, and crusading in the long run in big ways.

First, you should pay attention to any damage you can do and the chance that a card will drop. Also, try to get damage from different places.

Spreading out the bonuses on your cards gives you a bigger bonus overall.

It is best to always fight the strongest boss you can or to choose a boss with a good card and try to farm it, starting with King X.

But once you can fight Demon X without getting hurt, it’s best to start farming him. He drops a lot of trophies, and his card is basically the best damage card you can get in raids.

Most of your attention in raids should be on getting good cards, and you should spend your trophies on everything, but mostly on starting mining and strength levels.

Pets are something that a lot of people will see as very complex and not easy to understand.

But what you might fail to realize is that Pets are simply amazing and awesome in Idle Skilling. They not only provide you with tons of buffs that you can use, but help out with fighting too.

When you learn about pets and how to breed them, you will realize that they are crucial for you to become better in the game.

Potions are permanent and can’t be used up, just like smithing items, but they don’t get reset when you ascend.

Make sure to use them in this order:

But you should make at least a few levels of each potion because they are all good.

11. Upgrade the Rifts in this Order

Rifts won’t help you much until you have more efficient acolytes and cultists, but they’re still pretty good. Here’s how I’d recommend upgrading them:

12. Make Sure to Find All Secrets

Secrets are simply amazing! They will give you tons of small little bonuses basically for free. All that you’ll have to do is find them.

Once you found them you apply the bonuses and you’re way stronger than before.

13. Spend the Gems for the Right Items

Gems are real-life money currency that you can spend in-game to get a lot of cool stuff.

Although you might be thinking that you can spend them on everything, lots of the time you will spend them on the wrong stuff and end up getting nothing in return.

Make to spend the gems on these first:

Those are my best tips, tricks, and strategy that you can use in order to get yourself a much better Idle Skilling game.

Idle Skilling is really a game about experimenting and getting to learn things by yourself. But by following these tips you will surely have a better overall experience.

What do you think about these tips and tricks? Do you agree with my list and what are your preferred starting actions in Idle Skilling?

Be sure to let me know in the comments below. Have a fun time playing Idle Skilling!