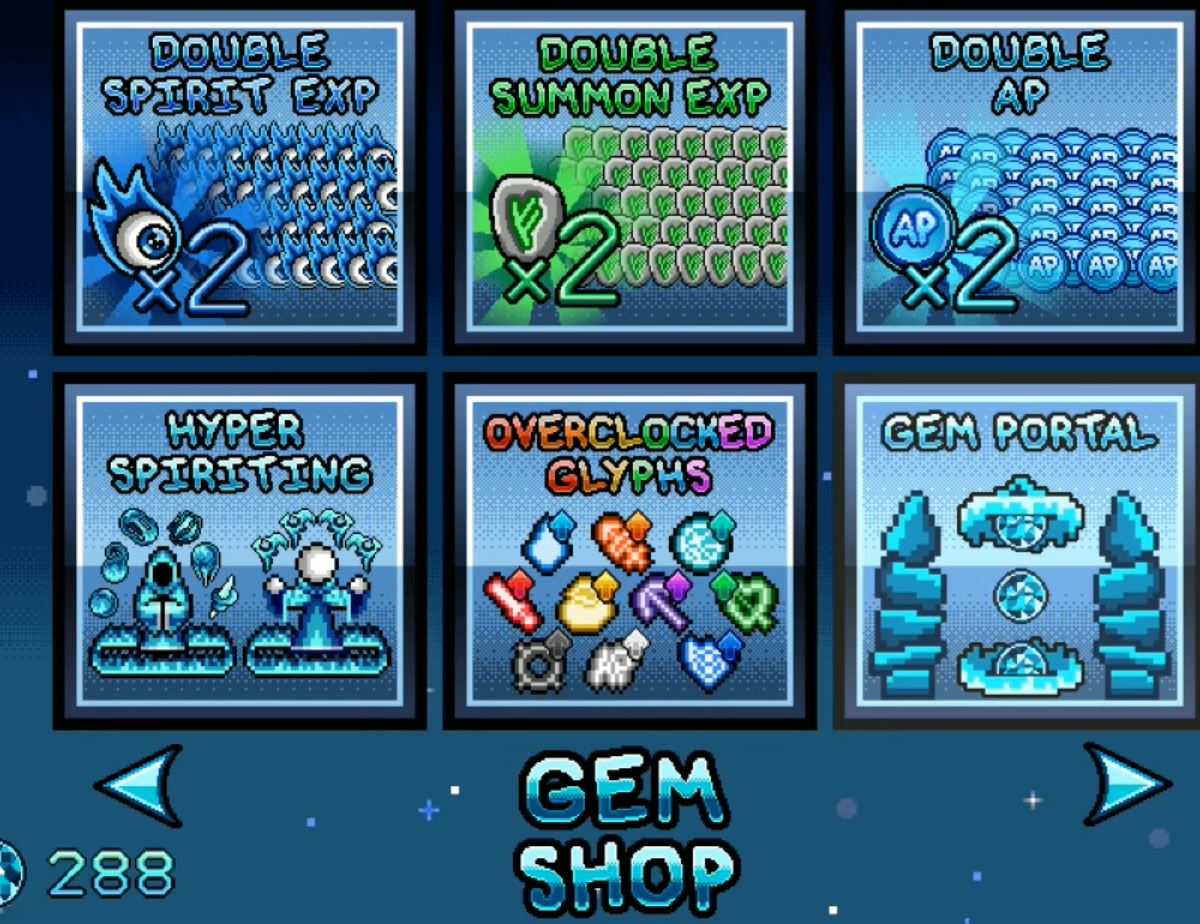 Idle Skilling is a free to play which normally would mean that it has currency to be bought with real-life money. That currency is the Gems.

Stay tuned to find out what are the best purchases that you can make with Gems.

Gems are able to be bought with real-life money but also there are actually a lot of ways of how you can get them by simply playing the game. It isn’t that grindy too.

Once you have them though, you will be having a really powerful currency. You will be able to buy a lot of things that are highly prized and valuable.

In this guide, we will be talking about what are the best gem purchases that you should make in order to be a better Idle Skilling player. Let’s get started.

It’s up to you, and your mileage may vary with any suggestion, but here’s what I think.

The forge is the most important thing. It lets you skip points you put into the forge recharge perk and use them on better perks instead. It also lets you use forges forever, so you can do fast resets without having to wait for charges.

The extra experience it gives you also helps a lot.

If you can afford them, fishing hats are a nice addition.

Each one gives you more fishing experience, which means you level up faster and get more fish per catch since you get more fish for every level.

I’d say get at least one hat, and if you have extra gems, buy stacks of hats to get fishing experience for days and make quick ascensions worth it.

The only bad thing about this one is that fish are no longer useful because I got too many of them and have no use for them.

The overlord miners are nice. Getting more experience and ore is always a good thing since ore is usually the thing that slows things down.

When you can, you should always try to get all six miners. There are also potions that can help you out with mining.

The AP per ascension multiplier is very helpful for both quick resets and longer runs.

Even though card slots are a new idea, they could lead to powerful combos, so if you get a lot of gems, open all ten.

This item also called the golden hammer or golden anvil is one of the best ways to use gems in the early game.

It lets your anvil do twice as much work by making two things at once in the smithing window. When you’re making items early to mid-game, the need for these anvil materials can slow you down.

Being able to make two at once also means that all of your characters get twice as much smithing experience.

This one can seem like a nice little boost early on because it gives you an extra card slot with each purchase (up to 4 for a total of 8). But that isn’t really the case.

It is really only useful in the middle game when you have some good cards and want to max out some stats even more.

Even though this isn’t the first gem you should buy, you should keep it in mind as a cheap option that you want to slowly fill up to the maximum of 8 slots as needed.

With a single purchase, you can get 7 daily teleports that will help you a lot as you move between quests, towns, and places where you just want to hang out.

These teleports will help you the whole way through the game. Even though this is a multi-purchase option, most players only need one to get started.

As you add more characters and make your daily moves more complicated, you may need to buy more, which for most players can cost anywhere from 1 to 3 points.

What not to buy?

What should you not buy? Buying candy with gems, having more tokens drop during events, getting card packs, and getting a lot of rift bonuses.

Candy is not worth the gems it costs because you can get it from event tokens or raid drops, which is more than enough. Tokens drop often if you’re active, but the well never pays out.

You might spent 5,000 tokens to get one “golden chicken” card, which has no effect, so it’s a waste of gems to get more tokens.

You might have a 10x multiplier for every permanent rift (from a 250 kred paywall offer, thanks MyPoints), but even with such an insanely high multiplier, the rift bonuses feel very weak to me.

The gold gain rift is ridiculously low compared to fighting, the strength bonus rift is decent but not really powerful, the offline and away bonus rifts don’t really give a high enough bonus, and the attack speed rift levels too slowly and gives too little.

Also, gaining souls is PAINFULLY slow, and you lose souls when you ascend, so until they buff or balance rifts, it’s easy to pass on the gem shop bonuses to rifts in favor of the other permanent

Strategy for Buying Things with Gems

First, save up for the gem portal, then get the infinite forge and small buffs to several areas. Getting a few minors, fishing, x2 ap/rp/whatever, is more efficient than going on only one buff.

Then you have the card slots and links, which is great when you have a steady flow of gems and enough strong cards to farm, and it adds a lot of buffs as well.

What to do If I Have a lot of Gems?

If you have a lot of gems and points in everything, buying raid tickets can be a good idea.

You can find some very nice drops in raids, like gem candy, high-level star cards, and boss cards, but it all depends on luck. Works much better when raid drop cards are also equipped.

That is everything that you’ll need to know about how to make the best Gem purchases in Idle Skilling.

First of all, make sure to read up on the strategy that I’ve mentioned in order to make an investment with your Gems.

By following that tip(portal) you will be getting a steady income of Gems which in terms will mean that you will be able to actually spend a whole lot more Gems in the long run.

I hope that this guide has helped you out with what to spend your Gems and what to avoid. Happy shopping!