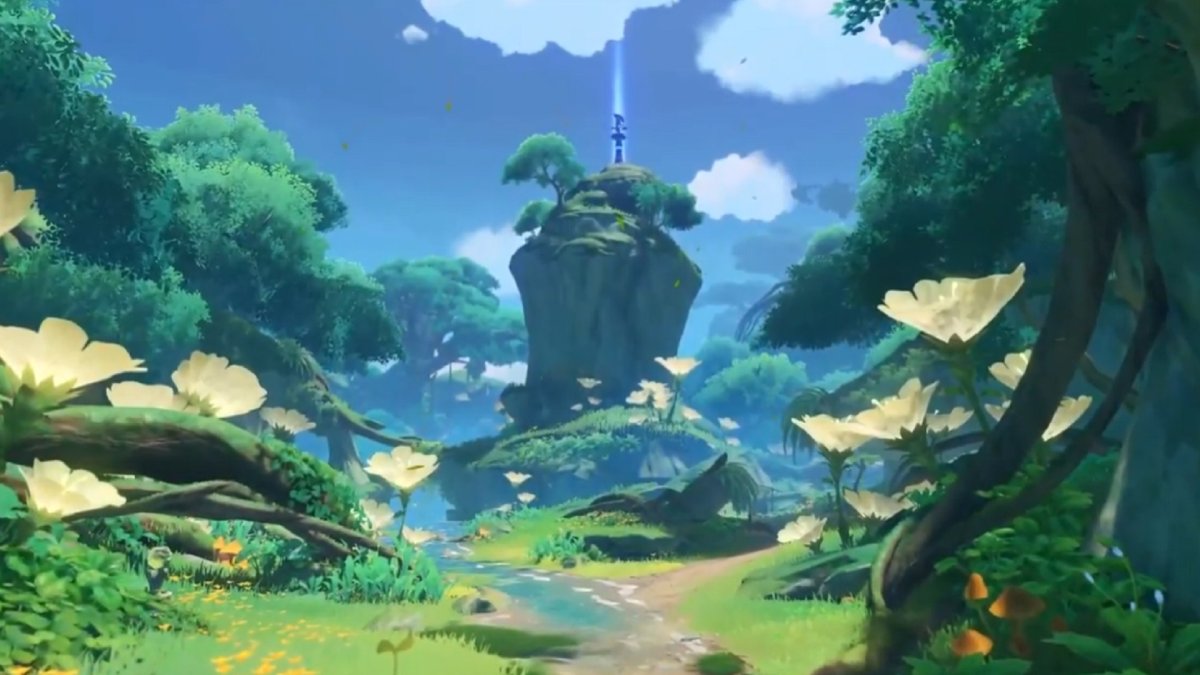 Are you having a hard time trying to jump high in Genshin Impact in order to obtain the Dendroculus? Is your character just not going the required distance upwards?

Well, the good news for you is that there is a foolproof way in which you can jump higher in Genshin Impact. And NO, this isn’t another method of how you can exploit a bug and it doesn’t require you to turn off your internet either!

This is a legit process, introduced by the devs themselves, to jump a good distance up in the air for fun or for collecting items required in a quest.

How to Jump Higher in Genshin Impact?

In order to jump higher in Genshin Impact, you’ll need the Mushrooms that are widely available in Sumeru.

The Genshin Impact update 3.0 has introduced the new region of Sumeru, adding to it an entire lore, new characters and bosses as well as more exciting quests and puzzles.

These quests require you to collect various sorts of items for different purposes. Some items are only present high up in the air but are unreachable just by gliding.

In these cases, jumping on Mushrooms come in handy. The Mushrooms in Sumeru act like trampolines.

If you jump on these green-colored plants, you’ll be lifted much higher up in the air, compared to the normal jumps. This lets you cover a larger distance and reach higher grounds.

However, these mushrooms alone are still not enough for certain quests. You may need to jump even higher than what the mushrooms already offer in order to obtain specific items or secrets.

What do you do then?

If you’ve unlocked Electro Characters whose primary weapon is the Bow, this is their time to shine! Characters like Fischl and Kujou Sara are the exact type of characters that will help you cover a greater distance in the air.

You’ll see purple lightning animations around the bow and on the mushrooms on impact, if you’re using Kujou Sara. The animations will look bluish if Fischl is your character.

Make sure you don’t use any other Electro characters, though. These bow characters are the most optimized for this method.

Characters with Sword as their primary weapon, such as Keqing, aren’t able to register that extra jumping power into the mushroom.

On the other hand, Catalyst Electro characters like Yae Miko may electrocute and demolish the mushroom altogether!

It may be worth a try using Polearm Characters, like Raiden Shogun, but Bow characters are definitely the best choice.

Now that the mushroom is all charged up, you can go and jump on it again. This time, you’ll notice that you go much further upwards compared to the normal jump on mushrooms before.

You’ll be able to reach any secrets that may be available at a considerable height from the ground.

It’s important to note that, once you’ve struck a mushroom with a Charged Arrow, the effect won’t last forever.

You can probably jump twice with the additional height boost and the mushroom will then resort back to its normal state.

Therefore, you’ll need to strike it again with a Charged Attack of your Electro-Bow character.

Do you see what I was talking about before? This method is legit and works every single time. You won’t need to go through the hassle of taking advantage of a bug in the game to jump higher anymore!

If you see a green mushroom in Sumeru, you know what to do!

If you’re still having a hard time charging up the mushrooms or jumping higher in general, do feel free to comment below!