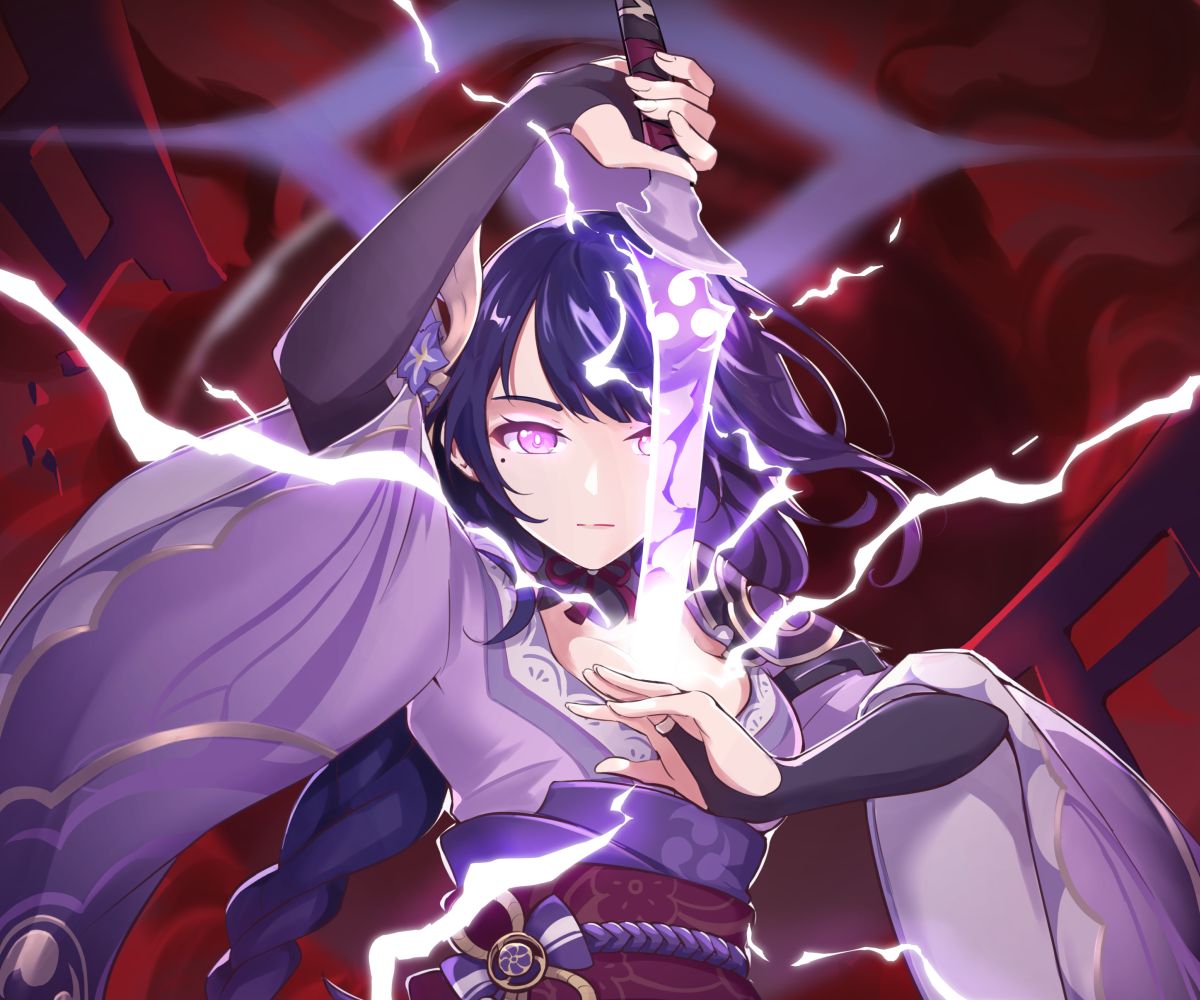 Genshin Impact’s Raiden Shogun is one the most versatile characters in the game, able to play DPS, Support, as well as Support-DPS.

The best Raiden Shogun build in Genshin Impact is based on her versatility, which leads to her being one of the most powerful forces in the game!

I’ll help you out today by providing the full build guide for the five-star character so that you can utilize the great Raiden to her maximum potential.

Based on how good Raiden Shogun is playing both DPS and Support, the finest build for her would be one that will create a perfect balance between both the roles, unlike Tighnari and Collei who have separate builds for separate roles.

Raiden Shogun, the Electro Archon, deals a high amount of damage on both her normal and charged attacks, which matches that of the other DPS characters.

On the other hand, her Elemental Burst in the form of Musou Shinsetsu, raises the energy levels of all the allies while also increasing their Elemental Burst damage inflicted with her Baleful Omen.

These features makes this five-star Electro character into a great Support character as well.

I definitely recommend building Raiden a Sub-DPS build, which will have high Electro DMG, helping the cause of her DPS role. Her Elemental skills should also be enhanced, so that she can provide a more efficient role as a Support as well.

The weapon of choice would be the Engulfing Lightning, mainly because of the Energy Recharge boost that is accompanied with it.

Apart from the increase in Energy Recharge as a secondary stat, the Engulfing Lightning also provides 80% ATK rise and a 30% Energy Recharge for around 12 seconds. This is just in the R1 phase and only gets better with upgrades.

When it comes to artifacts, I wouldn’t suggest anything other than the Emblem of Severed Fate. It causes a 25% rise in Elemental Burst DMG, based on Energy Recharge.

A set of four of these artifacts can significantly help both the DPS and Support characteristics of Raiden.

The Main stats of the artifacts you should opt for is the Energy Recharge and ATK% bonus. The substats should be focused to increase the CRIT damage or CRIT rate.

The combination of the Mainstats and substats on artifacts are chosen for efficient Energy Recharge and Electro DMG bonus for Raiden.

These features, along with boosting her offense, significantly recharges teammates energy levels and offers attacking boost in the form of Elemental Burst DMG and Energy.

As mentioned above, the weapon of choice when it comes to Raiden Shogun is definitely the Engulfing Lightning.

However, in case you don’t own the weapon, here’s a list of a few other weapons that are also capable of carrying out the job.

With a secondary stat of Energy Recharge, similar to the Engulfing Lightning, The Catch is a four-star Polearm with decent primary ATK value.

It can help boost the offensive capabilities of Raiden as it offers a minimum of 16% and 6% increase in Elemental Burst DMG and CRIT rate respectively.

If you’re playing Raiden as the key DPS character in the team, the Staff of Homa can be an excellent choice.

The base ATK is greater than The Catch and it also comprises of CRIT DMG as its secondary stat, which goes as high as 66.2% at max ascension.

Moreover, this five-star Polearm increases health by around 20% and can also raise the ATK DMG by 0.8% of Raiden’s health.

Lastly, I’d keep the Wavebreaker’s Fin as another alternative to the Engulfing Lightning.

It may be a three-star weapon but the stats of this Polearm have forced me to add it to the list.

The primary DMG dealt by this weapon is as high as the Staff of Homa. It has ATK as its secondary stat, but that’s not the impressive part.

The passive of this weapon brings an increase in Raiden’s Elemental Burst DMG, which may reach up to 40%!

Greater Burst DMG contributes to Raiden’s ability to play both the key roles of DPS and Support without having to change builds!

How do I level up Raiden?

To achieve max ascension with Raiden, here are the following requirements:

What Talents Do I Level Up for Raiden?

An SS tier character like Raiden can be taken to a legendary status by properly levelling up her key talents, which are the Baleful Omen and the Musou Shinsetsu.

Baleful Omen is the Elemental Skill possessed by Raiden. Apart from giving her the ability to cause decent Electro DMG, this Elemental Skill also comes with Eye of Stormy Judgement.

This additional feature increases the Elemental Burst DMG of the allies while also causing AoE Electro DMG on the enemy.

Leveling up on the Elemental Skill greatly raises the damage dealt by the Electro ATK as well as the AoE ATK on the enemy. The teammates also receive an Elemental Burst DMG bonus with each increase in level.

On the other hand, the Secret Art of Musou Shinsetsu should definitely be leveled up for Raiden to utilize this Elemental Burst properly.

All of Raiden’s attacks are accompanied with Electro DMG bonus thanks to this Elemental Burst.

What’s more, the allies near Raiden Shogun will also receive a buff in their Energy levels, increasing their respectively Elemental Burst DMG too.

To complement the double role of Support and DPS, Raiden requires a team that can complement her abilities. Therefore, I think the team should look like this:

The key DPS of the team, Eula, can make use of Raiden’s Elemental Burst DMG and Energy Recharge to increase the damage inflicted.

On the other hand, Diona can be a great healer for the team while also adding to the offense with the CRIT rate.

The Support character Kazuha, teaming up with Raiden, can boost the damage inflicted through the Elemental Skills and Elemental Bursts.

Raiden Shogun is an excellent character to play with, whether you’re planning on going full offense or playing for the team.

It’s the versatility that makes me rate her as the best female character in the game, if not the best.

Did this Raiden Shogun build guide aid you in racking up kills and wins in Genshin Impact? Do you have any other overpowered builds in mind? Please share with me in the comments below!