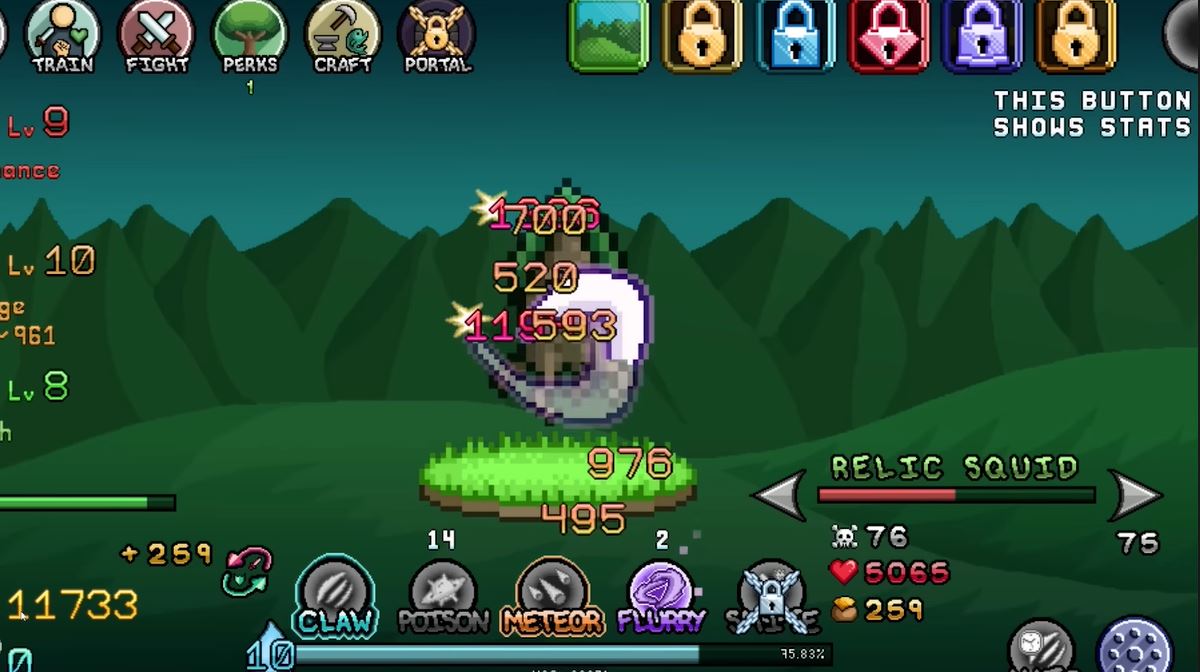 Idle Skilling is a game that in the main description of it it is stated that you can play it for 5-10 minutes per day. But there is much more to it. It even has secrets to unlock!

Stay tuned to find out which are those secrets and how to get them all.

The secrets are sort of things that you are able to get while doing various activities in the game. They need to be unlocked and are pretty hard to get.

In this article, we will be talking about how to get all of the secrets in Idle Skilling. Let’s get started.

How to Get All the Secrets in Idle Skilling

There are four secrets in the game that you can find by doing different things. Once you’ve unlocked the secret areas, you can go there as often as you want from the Portal screen.

Most of the time, each secret area has a chain of three quests that require resources from different levels of Mining and Fishing.

When you finish these quests, you get permanent benefits. Secrets are important to the game’s progression and shouldn’t be seen as optional.

These are all the Secrets and this is how to get them all.

When you reach level 20 in Smithing, you can learn how to make Blacksmith’s Pills. You only need one, but you need Fishing level 36 to get the materials you need.

Once you’ve made the pill, take it to the Blacksmith and you’ll enter his fever dream about a pig head that’s been defiled and stuck to a stake.

Surprisingly, the pig even has last wishes after it dies, and it’s up to you to carry them out.

You will need to fulfill all of the dead Pigs’ wishes and you will unlock this quest. When you get this secret you will get a total of 40%+ AP on every Ascension.

You can’t attack when you’re not doing anything, so you only have about 10 seconds to beat Death with your active skills.

After you kill Death, you go to his throne room and meet his son, who was left without a family. When you try to comfort a child by clicking on it, you will be asked to do the following:

After completing all of the tasks and missions for the orphan you will get a blessing of it which is basically the secret. This secret gives you +30% more kills for defeat monsters.

You can’t figure out this secret until you get to the Blacksmith’s fever dream. On the Fishing Docks, you can see a fisherman moving his legs to a tune you can’t hear.

It turns out that he used to own a Gramophone, but it broke and the pieces were lost during the game.

One piece can be found floating in the Fishing Docks, which you will be able to see on the right side of the screen between the number of fish caught and your crafting level.

In the Strength Mountain training area, another piece is found by chance. Increasing the speed of your skiller makes it more likely that the part will appear.

The last piece is on the ground in the second secret area, in the Blacksmith’s fevered dream.

Once you have all of the pieces, go back to the Fishing Docks to put the Gramophone back together.

Clicking on it now plays music that will attract a pretty big “fish,” but it won’t show up until you’ve caught a Dollar Fish and clicked on it which requires level 60 Fishing.

When you click the button, the screen shakes and a big “fish” jumps out of the water and eats you.

When the screen goes black, you’ll see that the big fish has eaten the fisherman and hurt him in the process.

Now, it’s up to you to find ways to help the man get better: Fisherman Who Got Hurt

The old man dies at the end anyhow but he gives you a blessing. This blessing is the secret you’re looking for. This secret gives you +90% more XP when fishing.

You can’t finish this secret until you’ve done the Blacksmith’s fever dream, the Death’s son secret, and the Fisherman’s Folly secret.

You should finish it as soon as possible because its bonus goes up slowly over time.

After you figure out this secret, the Portal will show you the fourth secret screen, which shows a growing civilization.

The growth of the civilization depends on the “total playing time,” which includes the length of the current Ascension when it is unlocked and all additional playing time after that.

If you go up after finding this secret, it won’t make the “total playing time” start over. Using time candy doesn’t add to the total amount of time you have to play. This is how it works:

A small being that looks like a person can be found to the right of Gorshank in the asylum. When you click on him, you will be asked to show him some resources.

When you show these things to the creature, it will give you a key. This makes the vamp skill available on the bar for special skills.

On the special skill bar, the Strafe skill is locked and needs a key. While  Every second that Strafe is active, it cuts the cooldown time of other skills by 1 second.

Strafe lasts for 10 seconds and has a cooldown of 8 seconds.

On the portal screen, you can talk to Mini Lava to find the key. Try again, because he has a lot to say.

Make sure to leave the portal and come back. This won’t actually work if you keep trying at one visit. Lava’s usual text is green.

When you try to add a Spelunker in the tunnels, there is a golden slime in a cage.

After you show the animal these things, they will be in your pet’s inventory. You can now get your 56th pet.

By doing certain things with this ball, you can unlock the minigame Hoop Challenge, which lets you win gems every day.

Now, you’ll be taken to a screen where Lava is on a moving platform with a ball and a basket to throw it in.

You get 3 chances a day to get as many points as you can, and then you get free Gems based on how many points you got in all.

You can still throw the ball to practice after the 3 tries, but you won’t get any Gems.

If you want to go back to the screen, you click on a new button that says Hoops in a corner instead of the Secrets portal.

Those are all the secrets that are hidden in Idle Skilling.

They are certainly very hard to obtain and if you didn’t know about them you would probably be wasting a lot of time trying to understand them.

These secrets don’t have a lot of description about them in-game so make sure to follow all the tips and tricks mentioned here to the point.

I recommend doing these secrets because they will be very valuable for your characters and give you tons of buffs that will change your game.

I hope that this guide has helped you in achieving all of these secrets. Good luck!