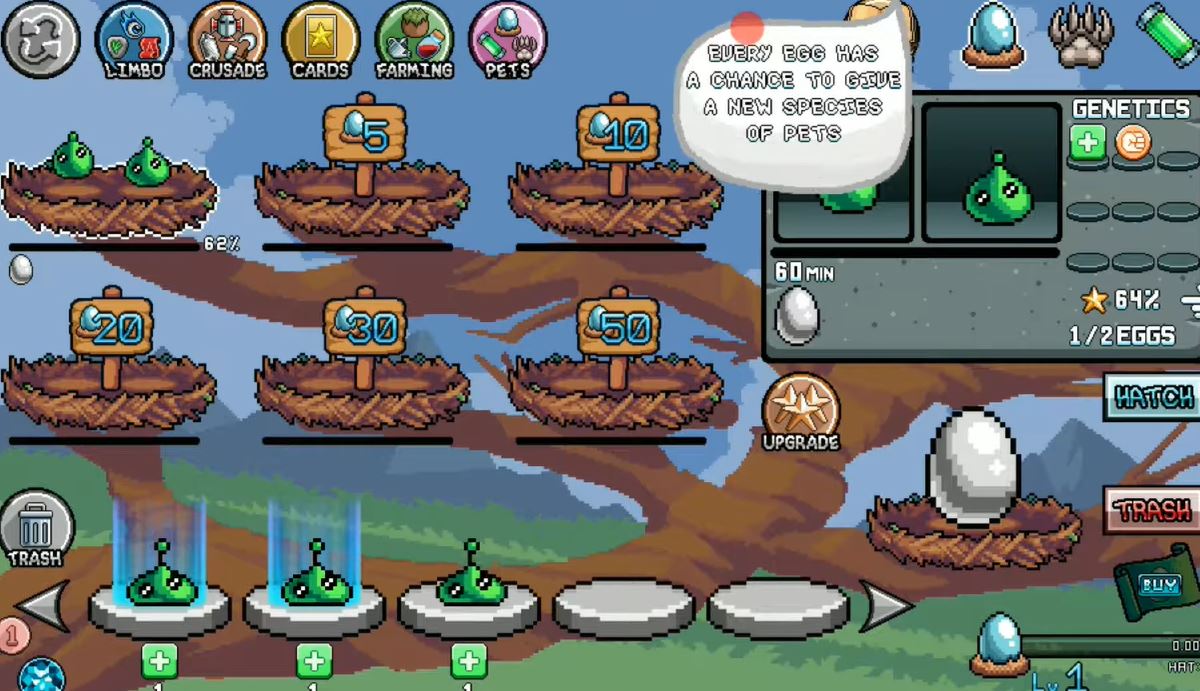 Idle Skilling might just be the best free-to-play game because of how much content it actually has. You can even have pets that you are growing by yourself!

Stay tuned to find out what are the best pets and how you’re able to get them.

Pets will be your best and most faithful companion in almost every raid that you come across in Idle Skilling. They will be that extra edge that you might need in fights.

Just like the Potions, the Pets give you a certain amount of percentage bonus as well as doing damage to your enemies. There are a couple of very good pets that you should be using.

That is why in this guide we will be talking about the best pets and how to get them. Let’s get started.

Rebirth and Ascend are just two things to use, but when it comes to Pets in Idle Skilling there is a bunch to choose from. These here are my personal favorite.

How To Get Pets in Idle Skilling

There are a couple of ways that you can get Pets in Idle Skilling. These are the fastest and easiest methods.

In Hatchery, you can breed pets together for a chance to get a new one. The progression of pets is linear, so breeding pet 1 with pet 1 can give you either another pet 1 or pet 2.

Note that level gains go up as the species level goes up.

There is a 10-minute minimum on how long you can breed. You get an eggshell when you throw away an egg. This can be used to improve nests.

When the progress bar for a nest is full, two things happen:

The chances that one of the eggs in a nest will be upgraded go up as there are more eggs in the nest.

Each tank has three effects, one of which is available right away and the other two of which are unlocked as you level up the first one.

You can raise the level of bonuses by giving them RP, which gives them XP over time. When you add RP to a tank, you replace the RP you already have in it.

But the more RP you have, the less you gain, so it’s up to you if you want to spend it now or save it up.

Each tank gets RP if the valve is turned on, but you get less RP in each tank for each valve you turn on, so you have to decide which ones you want to level up.

You can put a pet into a research capsule to get different permanent bonuses. While the pet is in the capsule, it gains experience, but the bonus stays even if the pet isn’t in the capsule.

There is a very small chance of getting a unique pet from raids or the asylum, but that chance will go up next week, so save your tickets/keys until then.

Visit the dairy aisle to unlock the benefits of the infinite skill tree and the new potions. To get to the dairy aisle, you have to open the “Oblivion” zone.

Depending on the order you put them in, you can have up to 4 pets that fight and 4 pets that help. Fighting pets have a default attack and can use genetic attacks.

Support pets can’t attack, but based on their level, they can give genetics for combos and HP to the team.

It’s important that your fighting pets are high level because that affects both how much damage you do and how much health you have.

You should try to get big bonuses from gene combos, but I suggest going for more x3 or x6 combos instead of one or two x9 combos.

When you kill a monster while trekking, you get meters and vessels. Meters are like kills and move you on to the next monster. Vessels can be used for research.

Make sure that you are using pets in your battles and raids. Lots of people simply avoid them because they think that they are too complicated.

As you can see, they are not as complicated as they might seem at first glance. You just have to get them and then by playing with genetics you’re going to get the perfect pet.

Pets are something that is very useful in Idle Skilling so make sure to keep them at your side at all times.

I hope that this guide was helpful and aided you in learning about the best pets and how to get them in Idle Skilling. Have fun using them!