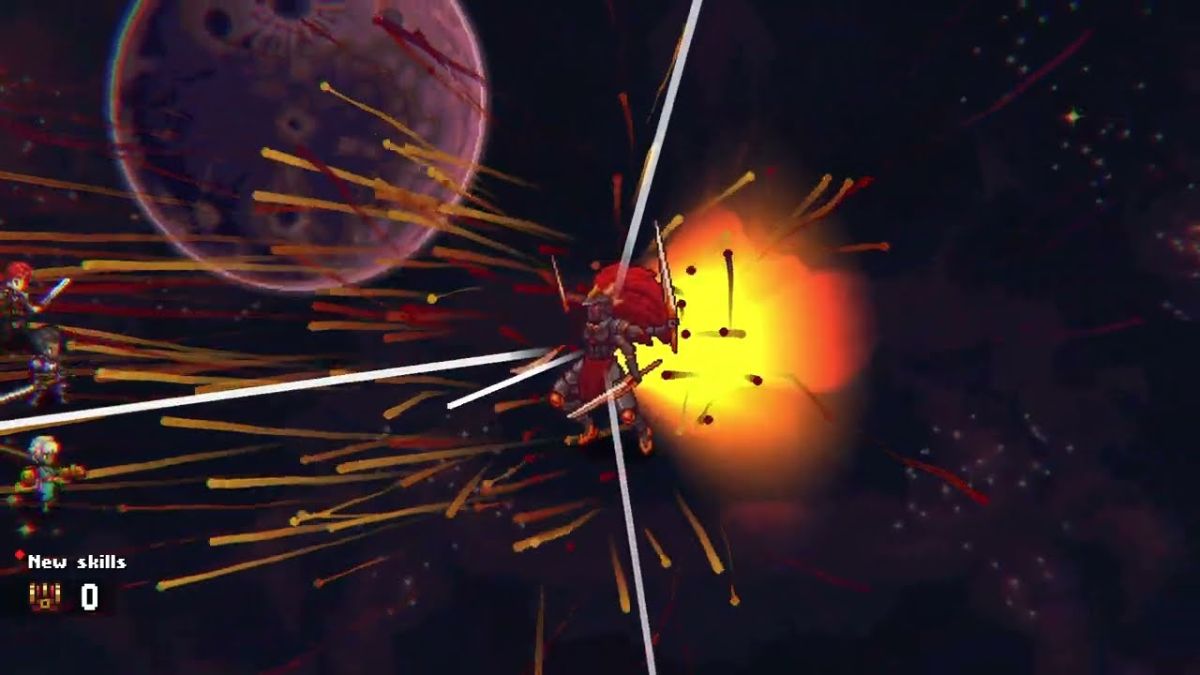 God King Gaemdriel is undoubtedly the hardest boss in Chained Echoes and it will put players’ skills to the test.

To defeat him, players will need to bring their most geared party members and make sure to have enough defense and mind to survive both his physical and magical phase.

With the right party combination and builds, Gaemdriel should go down without much trouble.

For completionists of the game, consider checking out our guide on all sacred water locations.

In this guide, I will explain how to find and defeat God King Gaemdriel in Chained Echoes and recommend the best party to use.

How to Find God King Gaemdriel in Chained Echoes

Locating God King Gaemdriel is far from easy. Specifically, players will need to collect all six elemental tablets (Fire, Water, Earth, Wind, Light, Darkness) in the game and place them at the summoning place in Ograne Grottos.

For more details on where to find them, consider checking out our in-depth guide on all elemental tablets in the game.

With all the tablets obtained, travel to the west side of Ograne Grottos and you’ll find an altar there where they can be placed.

Interact with each altar to place all six tablets and a portal will spawn in the middle. Keep in mind that entering the portal will immediately start the fight with God King Gaemdriel, so make sure you’re ready to go.

How to Defeat God King Gaemdriel in Chained Echoes

Gaemdriel lives up to his title as God King and this fight is exceptionally challenging.

During the fight, Gaemdriel switches between physical and magical modes. In the former, focus on increasing your Defense, while in the latter focus on the Mind stat.

While bringing the right party members is important, what’s even more essential is having the proper gear.

Make sure to equip your characters with ultimate weapons and armor to ensure they can take down Gaemdriel and survive his attacks.

The fight will always start in physical mode, so I highly recommend having a character such as Egyl in your party. Build him as a tank with high Defense and make sure he accumulates enough Hate to make Gaemdriel target him.

Then, make sure to also have Glenn in your party, who can utilize the ‘All Break’ skill. This way, your team will deal increased damage, while also being more resistant to Gaemdriel’s attacks.

For the third slot, bring a character with high damage. Lenne is an amazing choice here as she can trigger reactions for extra damage and combo with Glenn.

As for the last slot, I recommend bringing Amalia as a support healer with a significantly high mind stat. She will be essential for supporting your team during the whole fight, while also being able to survive some extra attacks during the magical phase.

With these characters in your party, you’ll have everything you need: physical and magic resistance, debuffs, and solid damage. As long as you’ve got the right builds, Gaemdriel should fall without much trouble.

To sum up, that’s everything you need to know on how to defeat God King Gaemdriel in Chained Echoes.

As one of the hardest bosses, this fight will test your patience. However, with the right party and builds, he can be defeated.

With the hardest fight completed, perhaps it’s time to look for the next game to try. Consider checking out our list of the best five games similar to Chained Echoes.

What team did you use to defeat Gaemdriel? Do you have any other tips to offer? Let us know in the comments below.