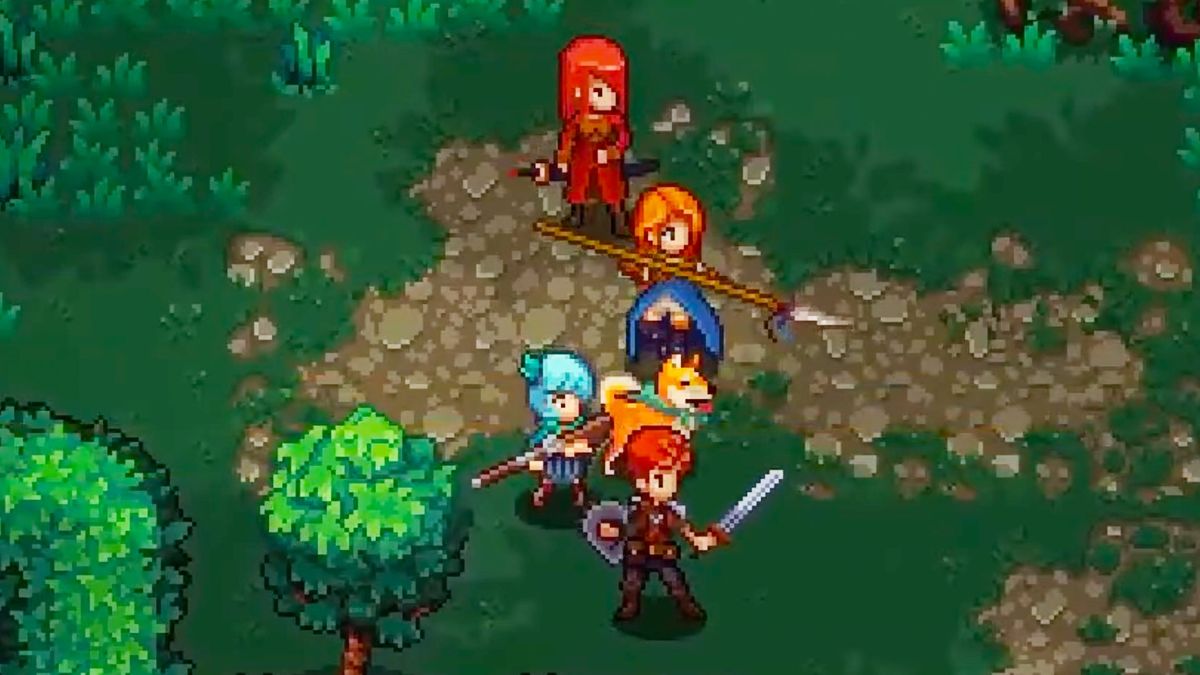 Amalia is one of the strongest support units in Chained Echoes, useful both in the early and late-game fights.

Her kit packs solid healing, shields, and aura buffs, as well as the best revive in the game. She can revive allies with 100% of their HP!

If you’re interested in learning about other characters in the game, consider checking out our full list of all characters in Chained Echoes.

In this guide, I will showcase the best build for Amalia in Chained Echoes based on her role, stats, skills, and gear.

Amalia is the classic healer that you’ll find in most JRPGs. She combines healing spells and defensive magic to ensure your DPS and frontline characters can stay alive.

While she has no offensive spells, her physical attacks and animal companion allow her to protect herself in case of need.

It’s always nice to have a healer in your party and Amalia is one of the best healers in Chained Echoes.

Amalia’s skills focus on providing support utility for the entire team primarily in the form of heals and buffs.

Heal All provides a great healing option available from early in the game, while Raise All can be a game-changer for harder, end-game fights.

Depending on the situation, use the appropriate healing spell and you’ll be able to survive almost any encounter.

In terms of the best gear for Amalia in the game, prioritize anything that increases her healing. In short, focus on anything that raises the Mind stat to buff Amalia’s healing effectiveness and resistance to magic.

Your goal is to upgrade your weapon, armor, and sky armor to ultimate rarity. Keep in mind that this is an end-game activity and before that, you should use the best gear that you currently have.

As for Class Emblem, I highly recommend using the Chemist one.

This emblem increases HP, Defense, Mind, and Agility stats, all of which are ideal for healers.

How to Get the Chemist Class Emblem

To get the Chemist Class Emblem, you’ll need to travel to Flying Continent Shambala.

The emblem can be found in the southwest part of the map after interacting with the statue there.

In conclusion, that’s all you need to know about Amalia’s best character build in Chained Echoes.

Amalia’s immense healing and defensive capabilities will make sure your team survives even the strongest battles.

If you’re not 100% sold on Amalia’s capabilities or are simply looking for another support option, consider checking out our guide on the best build for Victor.

What’s your go-to team in Chained Echoes? Which are your favorite support characters? Let us know in the comments below.