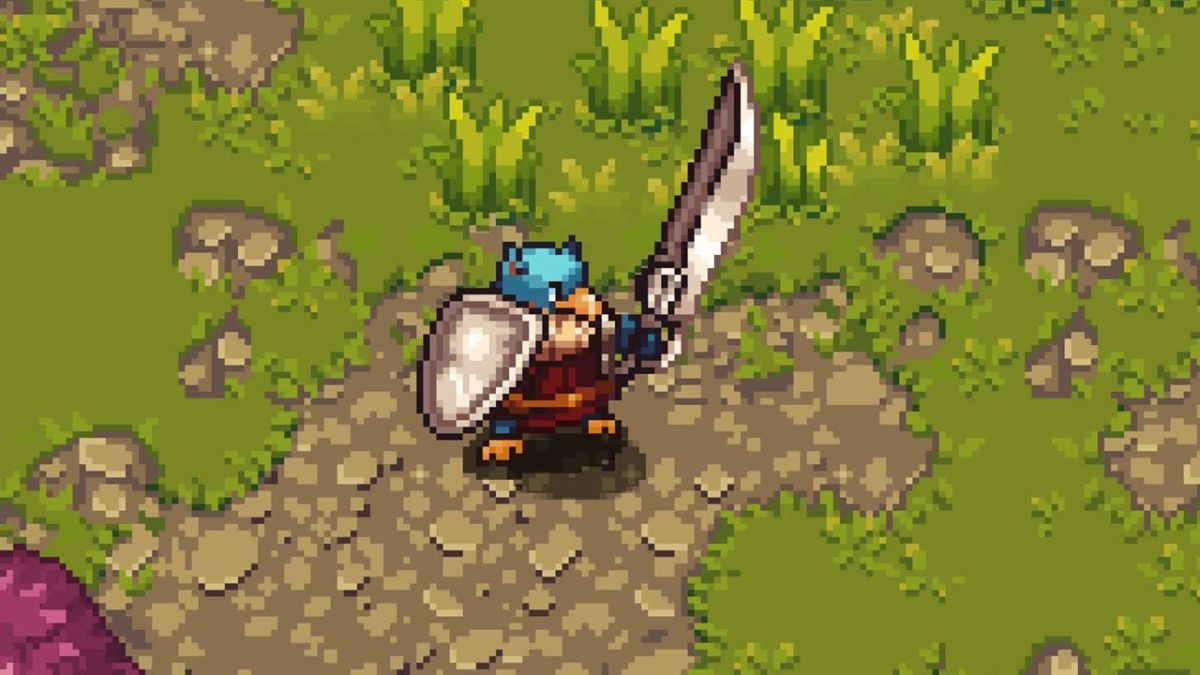 Egyl fills the role of the tank in Chained Echoes and packs abilities focused on buffing and defending allies.

In addition, Egyl has solid damage through his physical attacks and can even heal allies if needed.

If you’re interested in learning about other characters in the game, consider checking out our full list of all characters in Chained Echoes.

In this guide, I will showcase the best build for Egyl in Chained Echoes based on his role, stats, skills, and gear.

Egyl’s role is straightforward in the sense that he serves as your frontline unit. His purpose is to get targeted by enemies so that your other units can deal damage, heal, and apply buffs without worrying about dying.

In addition, he has strong physical attacks, which makes Egyl a great character for taking down the enemy backline units such as healers and casters.

Egyl’s skills allow him to be a great frontline unit in Chained Echoes, by taking the aggro from enemies and allowing your DPS units in the backline to deal damage undisturbed.

In addition, he has some solid damage skills to ensure he can down enemies on his own.

Here are Egyl’s best skills in the game that take advantage of his tanky playstyle.

Start with Attention on stronger enemies and then keep the aggro on you until your DPS units take care of everyone.

In terms of the best gear for Egyl in the game, things are fairly straightforward.

For the early game, focus on anything that increases HP, Defense, and Mind to ensure he can survive anything. Secondarily, focus on TP and Attack to increase his overall utility and offensive capabilities.

For the end game, your goal is to upgrade your weapon, armor, and sky armor to ultimate rarity. Keep in mind that this is an end-game activity and before that, you should use the best gear that you currently have.

In terms of class emblem, Victor’s best option is the Chemist Emblem.

This emblem increases HP, Defense, Mind, and Agility stats, all of which are ideal for Victor to buff his defensive skills and even self-healing abilities.

How to Get Chemist Class Emblem

To get the Chemist Class Emblem, you’ll need to travel to Flying Continent Shambala.

The emblem can be found in the southwest part of the map after interacting with the statue there.

In conclusion, that’s all you need to know about Egyl’s best character build in Chained Echoes.

He is the most durable character in the game, making him an ideal option for a frontline tank.

Pair him with a good healer such as Victor, and you’ll never have to worry about Egyl dying.

Are you using Egyl as your frontline tank? Or do you prefer a more off-tank option such as Glenn? Let us know in the comments below.