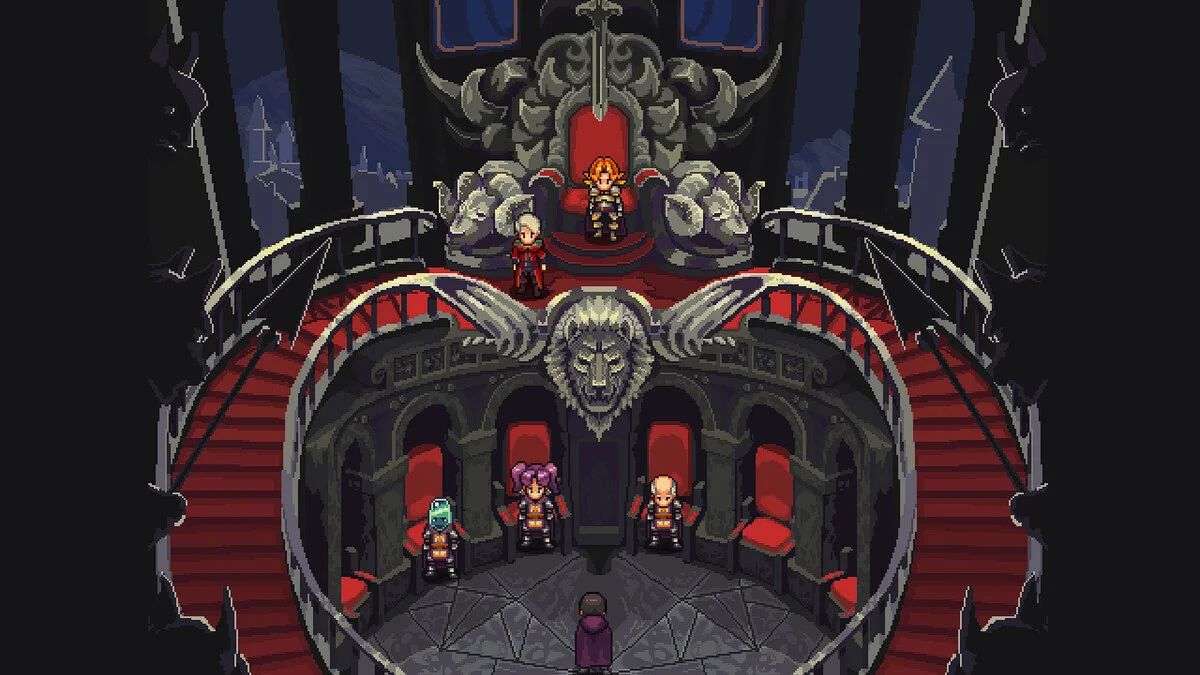 One of the best gear upgrades in Chained Echoes is getting ultimate weapons, armor, and sky armor.

Each of them requires a different process and upgrading them takes time and effort, but the reward is well worth it.

After all, using ultimate gear is an optimal choice if you want to make the best build for characters such as Lenne and Victor.

In this guide, I will explain how to get ultimate weapons, armor, and sky armor in Chained Echoes. In addition, I will showcase how to get all rusty weapons and Souls of Farnese, which are essential components for getting ultimate weapons.

How to Get Ultimate Weapons in Chained Echoes

Ultimate weapons are end-game items that require gathering Rusty Weapons and combining them with Souls of Farnese.

After completing the side quest ‘A Hammer Beating in the Sky’, which is unlocked within the final parts of Magic Academy Nhysa, you’ll be able to visit the home of Vaehl.

Vaehl allows you to combine a Rusty Weapon with a Soul of Farnese to create the equivalent Ultimate Weapon.

There are 12 rusty weapons in total in the game and here’s how to get each of them.

All Soul of Farnese Locations in Chained Echoes

Like rusty weapons, there are 12 total Souls of Farnese, and here are their locations.

How to Get Ultimate Armor in Chained Echoes

Ultimate armor is fairly straightforward to acquire. Specifically, players can get ultimate armor in Chained Echoes through the ‘Deals’ section.

Other than money, it will require certain rare items gained from end-game enemies that can be hard to acquire. For instance, players will need the following materials to unlock the Ultimate Light Armor.

Since some of these items can be hard to get, I recommend using crystals and passives to increase item drop rates. This will make farming for ultimate armor significantly easier.

How to Get Ultimate Sky Armor in Chained Echoes

As for Sky Armor, there are various high-tier options available. To unlock them, you first need to get the Elevator Key from the office in the Academy of Nhysa. Then, travel to Ramina’s Tower and use the Elevator Key to unlock floor 1.

Follow the path from there until you reach Ograne Grottos. From there, head west to find a secret merchant, who will sell you a Golden Voucher (also buy the Diving Bell to unlock a different area).

The Golden Voucher can be given to a merchant on Hooge, allowing you to access the highest tier of Sky Armor.

To sum up, that’s everything you need to know on how to get ultimate weapons, armor, and sky armor in Chained Echoes. In addition, now you know where to find all rusty weapons and Souls of Farnese in the game.

If you enjoyed reading this guide, consider checking out our list of all characters available in Chained Echoes. This way, you’ll have an idea of which characters have ultimate weapons.

Which type of end-game gear are you going to prioritize? Will you try to get all rusty weapons and Souls of Farnese? Let us know in the comments below.

1 thought on “Chained Echoes: How to Get Ultimate Weapon, Armor, and Sky Armor”