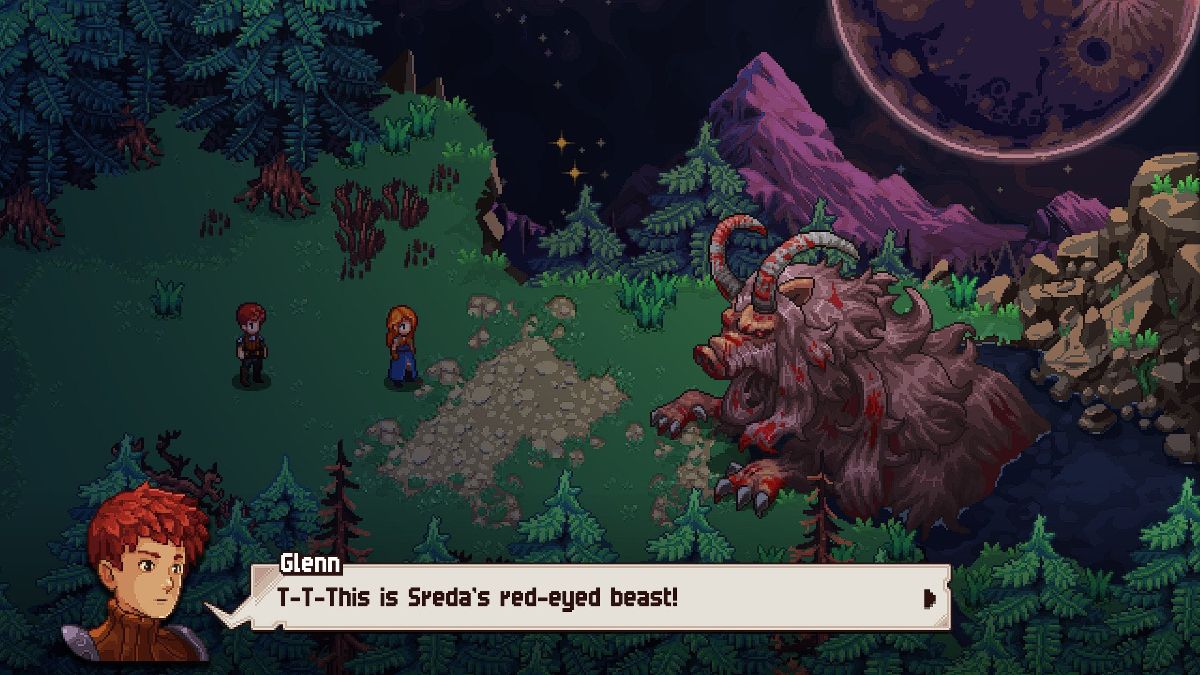 Glenn is the main character in Chained Echoes and one of the strongest playable characters in the game.

With the right build, many players have chosen to keep Glenn in their main team even during the end-game fights.

Based on which attributes you focus on, which skills you use, and what kind of gear you equip, Glenn can become a huge asset to your team.

In this guide, I will showcase the best character build for Glenn in Chained Echoes, focusing on his best stats, skills, and gear.

Glenn can play two roles in the game. First, he can be your tanky frontline, able to survive most attacks from enemies while applying debuffs.

Specifically, Glenn’s armor-breaking skills are extremely useful debuffs that can help take down even the strongest enemies. Combined with a solid damage dealer like Lenne, Glenn can be a vital part of your team.

The second role involves Glenn being the damage dealer himself. By focusing on Attack-buffing equipment and attributes, Glenn can end up being one of the strongest damage dealers in Chained Echoes.

Especially if paired with another DPS like Balthruz or Lenne, your team will have more than enough damage to take down any enemy.

Glenn has access to a variety of skills and I highly recommend testing each one before deciding on which suit you best.

Nevertheless, some skills manage to come out on top as they offer more damage, better debuffs, and are overall more versatile.

Here are the best skills for Glenn in the end game.

With these skills, Glenn has everything a team needs: damage and healing, as well as magic and physical debuffs.

In terms of the best gear for Glenn in the game, things are fairly straightforward. For the early game, focus on anything that increases critical damage, weapon-specific damage, and evasion, while ensuring your armor offers enough damage reduction.

Your goal is to upgrade your weapon, armor, and sky armor to ultimate rarity. Keep in mind that this is an end-game activity and before that, you should use the best gear that you currently have.

As for Class Emblem, I highly recommend using the warrior one.

How to Get the Warrior Class Emblem

The Warrior Emblem is located southwest of Rohlan Fields, just outside of Seaside Village. Take the path through the woods until you find a giant pit. After dropping into it, you’ll find a statue with the Warrior Emblem there.

Equipping this to Glenn will increase both his attack and defense, and allow him to become a much stronger unit for your team.

To sum up, that’s everything you need to know on the best build for Glenn in Chained Echoes.

Decide on whether you want to focus solely on attack or combine it with survivability, and find gear with these stats.

If you enjoyed reading this guide, consider checking out our list of all the characters in Chained Echoes and their playstyle.

What do you think about Glenn in the game? Are you using him as a pure damage-dealer, or a frontline tank? Let us know in the comments below.