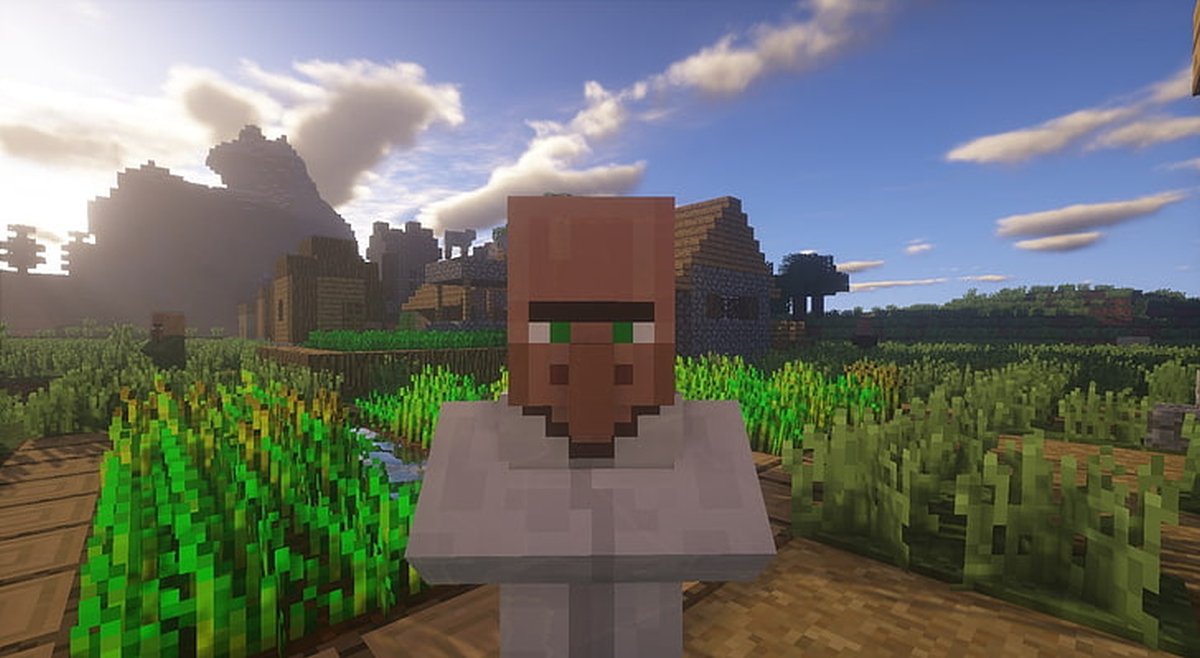 Villagers are an integral part in Minecraft and is essential for enriching your resources. But, you need to spawn villagers first in order to interact and trade, right?

Spawning villagers isn’t an extremely complex process but it can get tedious at times.

There are multiple ways in which you can spawn villagers in Minecraft, and once you’ve read through this guide that I’ve prepared for you, you’ll realize how simple all of it is!

How to Spawn Villagers in Minecraft?

You can make use of cheats or you can follow the general methods in Minecraft in order to bring villagers to your village.

The two most basic ways to bring a villager is to make use of the natural generation of villagers or by curing zombie villagers.

Villages are created naturally in various villages of the Minecraft world. Usually, the villagers in these villages are unemployed and may not be of use at all. It’s also a very slow process.

Forcing villagers into your Base

You can carry out a sort of an “unethical” method to spawn villagers by taking employed villagers from other villages and bringing them (more like kidnapping) into your base.

While the process can be quite time-consuming, it’s still faster than trusting on the unemployed villagers! Moving villagers isn’t that difficult; it’s the distance that you have to move them which is the problem.

Implementing Nether to reduce the distance between villages can speed up the process of getting villagers.

Furthermore, if you breed tropical fish or feed turtles in your base, you probably have some form of aquatic land around you. In that case, you can use boats to travel from the village to your base and transport the “kidnapped” villager through this route .

An important point to keep in mind is that make sure you armor up when going dealing with these villagers. It’s a safe option, since you may need to fight off monsters and forcing villagers in general can be risky at times.

Getting two employed villagers into your base should be good enough for a start, and they, in turn, can breed additional villagers.

Just make sure you’ve the proper conditions in order for them to breed – 12 beetroots, 12 carrots, 12 potatoes or 3 bread.

Zombie Villagers are part of the Zombies in Minecraft. However, they can be cured and transformed into normal villagers, ultimately increasing the number of villagers for you.

Healing the zombie villagers isn’t quite a tough ask. You just need to have a few resources ready and you’ll be good to go.

After that, feeding the potion-affected zombie villager a Golden Apple will cure it into a normal villager once again. Golden Apple is one of the best food items in Minecraft and for good reason!

When you notice that the zombie’s eyes have gone red or are turning red, that’s when you’ll know that the curing process has started.

The zombie villager will usually retain its previous profession once it turns back into a normal villager, unless it was a nitwit or a baby villager. They will also offer you trading discounts as gratitude for healing them.

However, since Zombie Villagers don’t spawn as often, you’ll need to have some luck on your side to find one around you. You can either lure them or push them into your base, just like you did with the villagers from other villages (in the previous method).

Now that we’ve discussed the general methods of spawning villagers without cheats, let’s take a look at how you can bring villagers in your base with the help of a few lines of text in the chat.

How to Spawn Villagers using Cheats?

Firstly, similar to enabling flying on Minecraft, you’ll need to turn on the “Allow Cheat” feature in the game.

To do so, firstly click on the “Open for LAN” option in the Settings.

Change the attribute for the “Allow Cheat” option to “ON” and click on “Start LAN World”.

Now that you’ve enabled cheats in the game, you’ll need to input a command in the chat.

The “position” tag is to specify where you want the villager to spawn. You can also add various codes after it to specify the type of villager that you want.

To spawn villagers in Minecraft Bedrock edition, the text “/summon villager [spawnPosition] [nameTag]” in the chat should easily get you villagers.

The tags in this code mean the same thing as the one in Java edition.

However, if all of this is confusing to you, eliminate all these tags and just type in “/summon villager” in the chat. This will spawn a random villager in the exact location as yours.

Villagers in Minecraft can be a huge resource and it’s important to have villagers with varied professions for the maximum access to resources.

Spawning villagers shouldn’t give you too much trouble; nevertheless, it does require some grinding or some luck. You can ease your way into it with the help of cheats too, so it’s totally your call!

If you face any kind of trouble while trying to spawn villagers in Minecraft, don’t hesitate to leave a comment below!