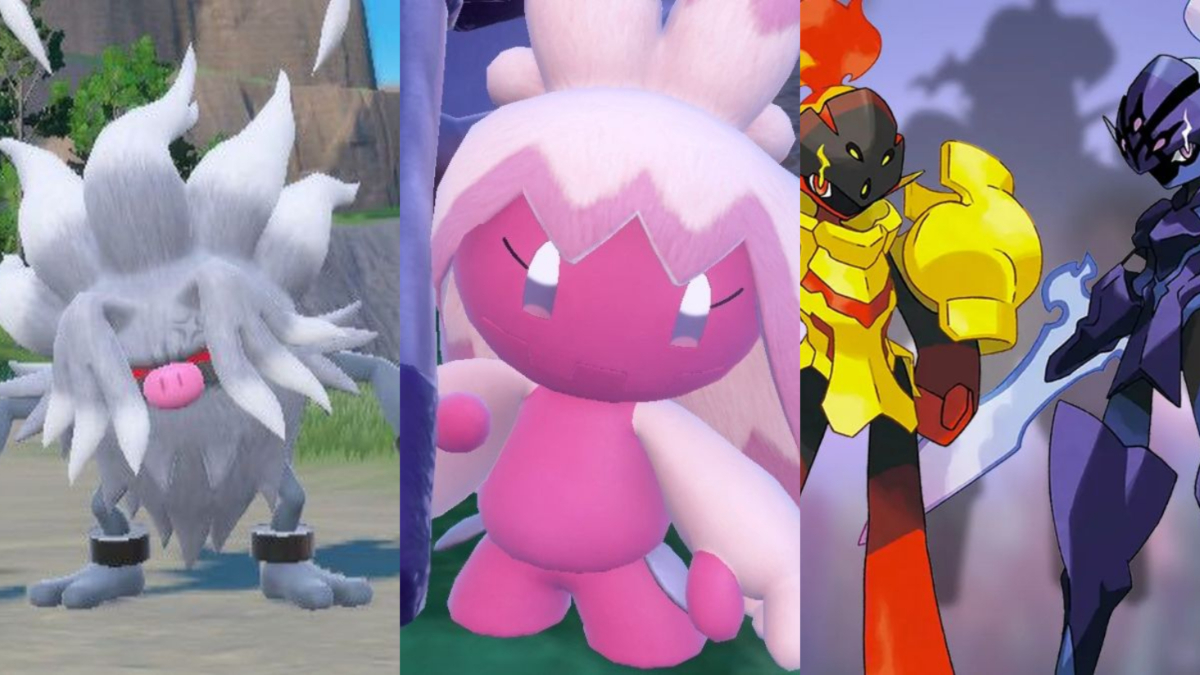 There are a total of 107 new Pokemon in Scarlet and Violet’s new Paldea region including new starters, unique evolutions, and legendaries.

This can make the process of choosing which Pokemon to level up fairly daunting.

However, some Pokemon manage to stand out over others due to their stats, type, moves, or overall power.

In this guide, I will focus on the best new pokemon added in Scarlet and Violet and explain what makes them so great.

There are many amazing options among the new Pokemon in Scarlet and Violet. Some of them manage to stand out due to their type combination, unique moves, and overall stats.

Here are the best new Pokemon in Scarlet and Violet.

Pokemon Scarlet and Violet are one of the few Pokemon games where the Grass-type starter is considered by many fans the strongest starting option.

This is primarily because Meowscarada is a Grass and Dark type. The Dark type makes your life significantly easier as it allows you to defeat Psychic and Ghost Pokemon without hassle.

In addition, there aren’t many great Dark-type Pokemon in Scarlet and Violet, which makes Meowsccarada even more important.

Pawmot is the final evolution of Pawmi and is an Electric/Fighting-type Pokemon.

Its main benefit is its type that allows Pawmot to deal with Flying, Water, Dark, Ice, Normal, Rock, and Steel-type Pokemon with relative ease.

In addition, Pawmot is one of the only two Pokemon in Scarlet and Violet that can learn the move Revival Blessing, an amazing support move that revives an allied Pokemon and restores half of its max HP.

Annihilape is the new evolution of Primeape (evolves from Monkey) and is a Fighting/Ghost Pokemon.

Annihilape has an exceptionally high Attack stat and its type combination will allow you to deal with the majority of the enemies you’ll face around the Paldea region.

It is considered by many as the best Fairy and Steel type of generation 9. Steel is one of the best defensive types in Pokemon, while Fairy offers unique offensive capabilities.

One of its best elements is its signature move Gigaton Hammer, which has 100% accuracy and 160 Power. The only downside is that it can’t be used twice in a row.

Clodsire is an amazing defensive option for your team that’s a Poison/Ground type Pokemon.

It features some great moves that provide utility overall such as Toxic Spike and Yawn.

Also, as a Poison-type, it cannot be poisoned, which is usually the best way to deal with tanky Pokemon.

On top of that, it can have the ability Water Absorb, which makes it immune to Water-type attacks.

For more details on having the best Clodsire in the game, consider checking out our guide on the best nature for Wooper and Clodsire in Pokemon Scarlet and Violet.

These are version exclusive pokemon, with Ceruledge being available only in Pokemon Violet, and Armarouge in Pokemon Scarlet.

Both are offensive Fire-type Pokemon that will make your journey exploring the Paldea region significantly easier due to their high offensive stats.

To sum up, these are the best new pokemon options in Pokemon Scarlet and Violet. Each Pokemon stands out for different reasons but having any or all of them in your team will make the game significantly easier.

Also, if you want to make your Pokemon even stronger, consider checking out our guide on how to get Booster Energy, one of the best held items in Pokemon Scarlet and Violet.

What do you think about these Pokemon? Do you have any other recommendations to add to the list? Let us know in the comments below.