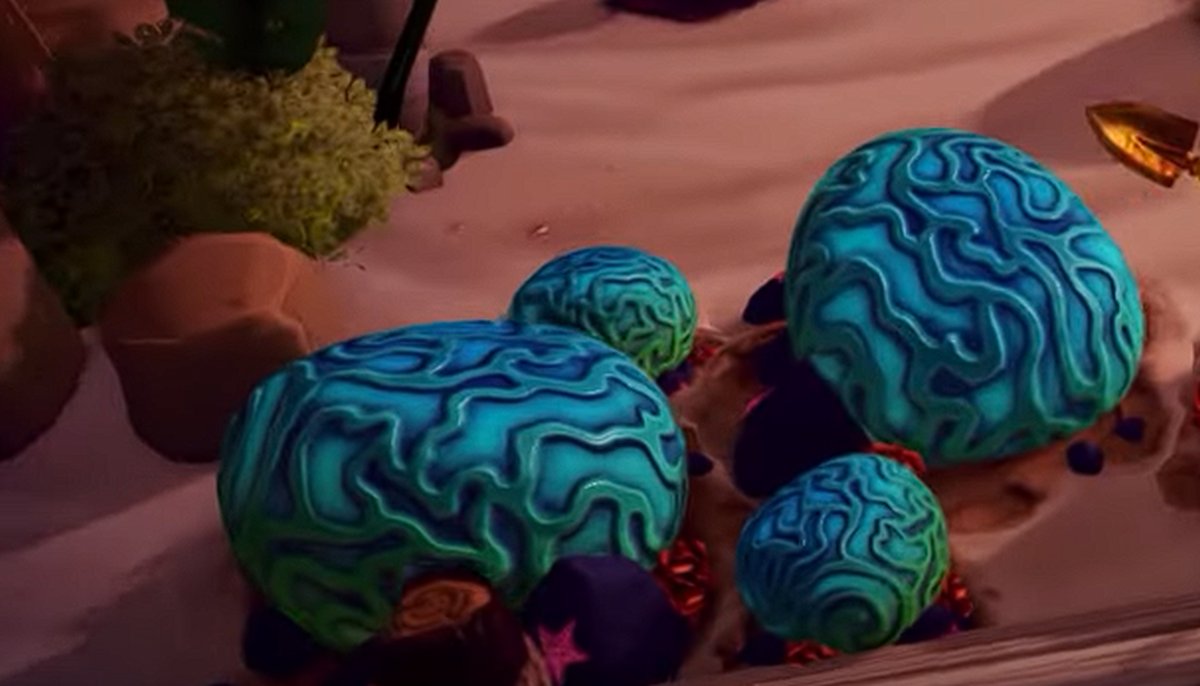 Coral Blue Rocks found in Dazzle Beach are one of the hurdles that will block your path in Disney Dreamlight Valley.

You can’t just jump over or take another route either. You’ll need to break these corals with an upgraded and well-crafted Pickaxe. But, how do you obtain such a Pickaxe?

Today, I’ll help you out and show you how to break Coral in Disney Dreamlight Valley in the least time-consuming way possible. And I have updated this article to make it clearer how to break the larger corals, not just the small ones.

Let’s get on with it!

How to Break Coral in Disney Dreamlight Valley?

Coral blue rocks can mainly be found in the Dazzle Beach biome of Disney Dreamlight Valley. Similar to the tree stumps, these rocks need specialized tools to be broken and removed.

When you remove the Night Thorns and unlock Dazzle Beach for 1000 Dreamlight, you’ll be unable to move past the first bridge that you come across because of the Blue Coral Rocks at the end of it.

You’ll notice that these rocks can’t be broken with the primary pickaxe that you own either.

To upgrade your pickaxe, you’ll need to unlock the realm of Moana. You’ll need to visit the Dream Castle and talk to Merlin. It’ll cost 3000 Dreamlight to open the door to Moana’s world.

The first quest you’ll face when you enter Moana realm is “After the Storm” quest. Head out of the Dream Castle and Fast Travel to the Moana Realm.

A new friendship quest with Maui will be unlocked and that’s the quest you should be looking for to upgrade the pickaxe. The quest will be renamed to “A Tale of Stone and Fire” once you meet Maui.

You’ll need to find Maui on the map and interact with him to initiate the quest. He’s almost always found around Dazzle Beach.

The quest should start right away and Maui will ask you to follow him. After a certain time, Maui will stop and ask you for a 3-star meal.

If you don’t have a 3-star meal in your backpack, unfortunately you’ll need to go back to a cooking station and cook something up. You can check out our guide on 3-star meals to quickly make a delicious dish for Maui.

3-star meals only need 3 ingredients to make, so it shouldn’t give you too much trouble. The Friendship ratings between you and Maui will rise when you offer him dish.

Furthermore, Maui will upgrade your Pickaxe into a much stronger and sturdier version, so that you can break larger and tougher obstacles, such as the Coral Blue Rocks.

After he’s improved your pickaxe, follow him again and complete the quest.

Navigate back to the bridge in Dazzle Beach. You can now break the Coral Blue Rocks with ease and you’ll also be rewarded with various items when you break them.

The upgraded Pickaxe can also be used to break the Green Rocks and other larger stones that might prevent you from accessing an area.

How to Break big Corals in the Game

I am updating this article to make one thing clearer: how to break the big corals in the game as I’ve received a few comments and emails asking for extra advice.

To be able to break big coral rocks in Dreamlight Valley, you will need to get Maui to Friendship lvl 4 and complete the quest he has for you when you reach that stage.

As soon as you get this done, you will get the pickaxe upgraded and you will be able to break the larger corals, not just the small ones. Hopefully now it’s clearer and you won’t have any more problems with this mechanic.

The Blue Coral Rocks are widely available in various areas of Dazzle Beach and now you know how to break them – both the small ones, as well as the larger ones.

Destroying these is also quite useful, as you get various items as reward, upon breaking. Upgrading the pickaxe will definitely do wonders for you!

If you require further advice on how to break coral in Disney Dreamlight Valley, do let me know in the comments!

2 thoughts on “Disney Dreamlight Valley: How to Break Coral [Small and Large]”