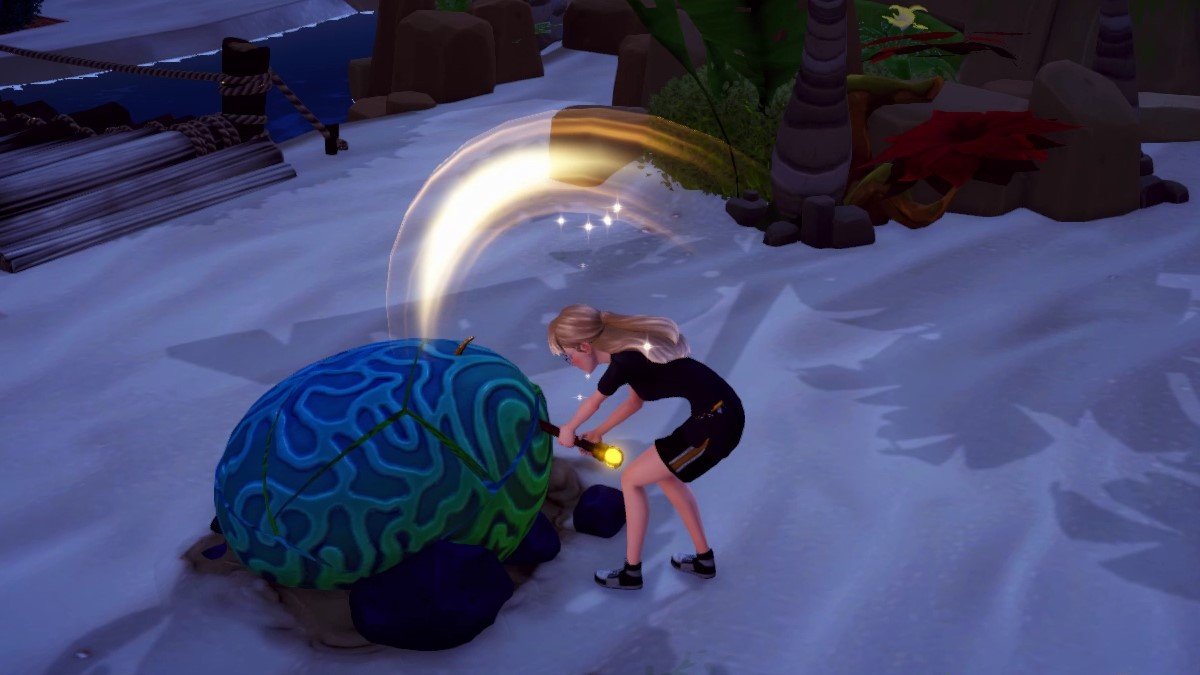 Upgrading your tools is the most important element of progression in Disney Dreamlight Valley.

Players can upgrade their shovel, pickaxe, and watering can through specific quests.

In this guide, I’ll explain how to upgrade the shovel, pickaxe, and watering can in Disney Dreamlight Valley.

How to Upgrade the Shovel in Disney Dreamlight Valley

The shovel only has one upgrade and it is earned shortly after inviting Anna to the Valley and progressing through her early quests.

To invite Anna, visit Dreamlight Castle’s second floor and go to the middle door. The instance there will be called ‘Frozen Realm’.

After completing Anna’s quest there, she will join your village. In one of her first quests as a villager, Anna will upgrade your shovel. With the upgrade, you will be able to destroy tree trunks and gather wood and hardwood at a much faster rate.

Also, consider checking our guide on how to get wood and hardwood in Disney Dreamlight Valley.

How to Upgrade the Pickaxe in Disney Dreamlight Valley

Contrary to the shovel, the pickaxe can be upgraded three times in Disney Dreamlight Valley.

The first upgrade allows you to break the rocks in the beach biome, while the second is for the icicles in the Forest of Valor. The third is for Frostwing Heights.

The first upgrade for the pickaxe is acquired after inviting Maui to the Valley. Maui can be found in Moana’s realm, on the first floor of the Dreamlight Castle.

You will need to complete Moana’s quest first and invite her to the village before being able to interact with Maui.

At friendship level 4, Maui will have a quest named ‘A Tale of Stone and Fire’. Completing this quest will upgrade your pickaxe, thus allowing you to break any rocks at the beach biome.

This way, you will be able to clear the bridge in the middle of the Beach biome and gather sand at a much faster rate through the blue rocks.

When Elsa joins the Valley, simply complete her first quest to unlock the pickaxe’s second upgrade.

Elsa’s upgrade will allow the player to destroy the icicles in the Forest of Valor. This way players can clear Elsa’s cave from icicles, while also gathering snowballs.

To get that quest, players will need to reach Elsa to friendship level 6.

This is the final pickaxe upgrade and will allow players to break the huge icicles blocking the bridge at Frostwing Heights.

How to Upgrade the Watering Can in Disney Dreamlight Valley

The watering can also has three upgrades in Disney Dreamlight Valley.

The first upgrade for the watering can occur early in Merlin’s questline. However, it isn’t really helpful. It allows players to destroy small mushrooms located around the Valley.

The issue is that most mushrooms are large and thus can’t be destroyed yet. Your main goal after getting the first upgrade is to aim for the second one as soon as possible.

Similar to the first upgrade, the second also isn’t really helpful. It allows players to destroy medium-sized mushrooms, and there’s only a few of them around the village.

To unlock this quest, progress Merlin’s questline until he reaches level 6 friendship.

To get the useful upgrade for the watering can, you will need to complete Merlin’s last quest named ‘The Final Trial’.

Simply progress all the way through Merlin’s questline and he will upgrade your watering can.

This upgrade allows players to destroy all mushrooms in the Glade of Trust, thus providing access to the second half of the map.

By now, you should have a clear idea of how to upgrade your tools in Disney Dreamlight Valley. Each tool upgrades through specific quests.

Upgrading a tool allows players to access new parts of the map and thus progress further in the game.

If you enjoyed reading this article, consider checking our guide on the best tips and tricks for beginners in Disney Dreamlight Valley.

Which tool are you upgrading first? Have you gotten upgrades yet? Let us know in the comments below.