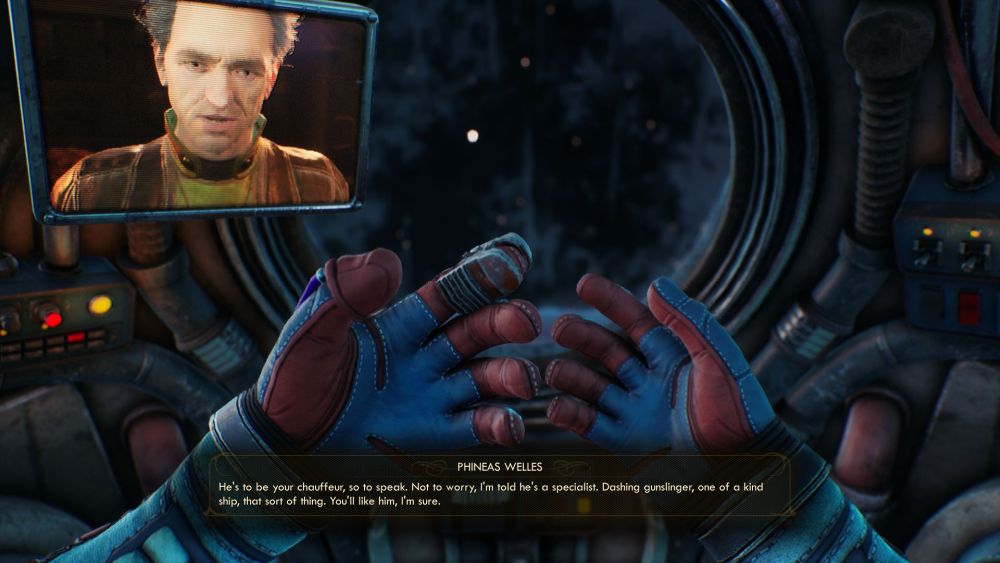 For my first character build in The Outer Worlds, I chose a balanced, ranged smooth talker – as I used to refer to my own character.

It was the first time that I was playing the game and I had a gut feeling that Speech skills will be extremely important in the game, offering you a lot more options than lacking those skills would. And I was correct.

However, building a “smooth talker” in The Outer Worlds isn’t really fun: you can’t just kill everybody as instead you will almost always have the option to avoid getting into fights thanks to your increased dialog skills. While the pacifist in me appreciates it, the fun-seeker in me doesn’t.

In other words, being a smooth talker is nice, but you’ll probably be more entertained – and have a lot more shooting to do – if you don’t invest that much here. It’s true, it’s easier to access some content if you follow this route, so you might want to try it and see how it goes.

If you want to build a character similar to the one that I built, I will share with you all the steps that you must take in today’s article. Since it’s not a precise art, you do have a lot of freedom when it comes to allocating the skill points needed to build this character.

Let’s look first at the Pros and Cons of today’s character build:

With these in mind, let’s see how to build a balanced character in The Outer Worlds, one that scores high in long range combat and can generally talk their way out of a sticky situation.

(Bonus points: keep some armor items around for boosting your other skills when you are unable to pass a skill check. These will sometimes come in handy)

As you can see in the image above, I chose High for: Strength, Perception and Charm, leaving the others at Average. Strength might seem a bit strange here, but it does help with the carrying capacity, so you won’t have to invest valuable Perk points in carrying capacity.

Pretty obvious choices here: we want to build a ranged character that knows his way around with words. So investing in Dialog and Ranges is the way to go.

It’s not a huge bonus that you’re getting from aptitudes (read about them all here), put one extra point in Persuade comes in handy.

The rest, like your character’s appearance and their name doesn’t really matter. You can check out my character, with his name coming from the main character in the Demon Cycle series by Peter V. Brett (an absolutely amazing fantasy series, by the way):

Of course, right out of the game, your character will be pretty bare-bones and you can’t really say that you have built a “smooth talker”. Sure, you could’ve spent your initial attributes and skill points differently, but still you’ll need to polish it with each new level you gain.

What we will do here in order to build the ultimate balanced character that knows their way around words, but can also handle a long ranged weapon, is this:

First, we want to get the main skills to 50 points, as you improve three at a time until then. Invest in Ranged, Dialog and Stealth, focusing on Dialog first, then Stealth and Range afterwards.

The reason why we’re not investing a ton in Ranged early on is that you will still need to gain a few levels (maybe get to level 10 at least) before you will have a solid weapon.

Once you get there (to 50 points in “Ranged” I recommend to focus on investing only in Long Guns as these are the best weapons in the game, in my opinion).

We will completely ignore the Melee and Defense skills here, and invest points in Leadership only later on in the game.

We will have to put some points into the Tech skill, mainly because we want to get that Medical to at least 20 in order to unlock the inhaler’s second slot and get some better results out of it. I actually ended up getting it all the way to 40 eventually, but I think even 20 can be enough.

Final thoughts about this build

As I said, this was the build that I used for my first playthrough in The Outer Worlds and it was created without me really knowing what to expect and without me fully understanding the value of each skill.

However, it turned out to be just fine in the end. I did some mistakes (like putting extra points in Heavy Weapons, thinking that those were the long guns I was using) or trying to keep all three Dialog skills very high (while just two, like Lie and Persuade are enough).

And even though I did way less fighting that I thought I will in Obsidian’s RPG, I was able to focus more on the story and learning how things work. But for the second playthough, I went for a completely different route: but I’ll have that detailed in a future Character Build article.

Until then, don’t hesitate to let me know what you think about this balanced, smooth talker build and what build you’d like me to do (or share your own!).