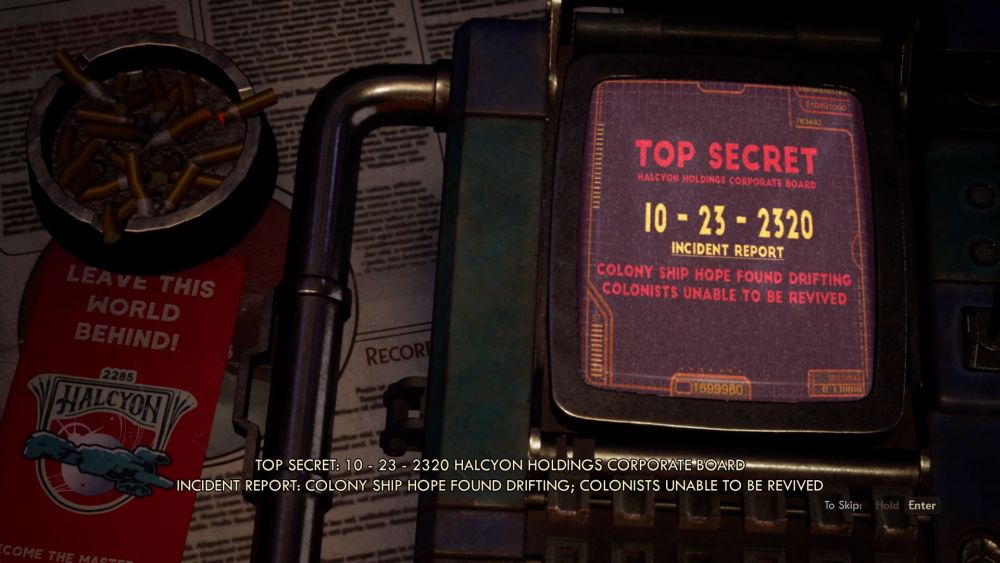 I’m used with RPGs to be lengthy and take tens of hours to complete – at least if you are like me and you prefer to complete all quests and explore everything that you can in the game’s world.

So how long is The Outer Worlds? Will it keep you busy for a long time or leave you asking for more after just a few hours?

I will have to say that I am a bit disappointed with the game’s length. I know that you can still have a game that’s several hours long and still be extremely satisfied, but at the same time I do feel that it would’ve been better if it lasted longer (that’s what my wife usually tells me, too).

Playing The Outer Worlds on the Normal setting (which proved to be a bit too light for me), exploring every planet, spaceship and side mission thoroughly, I spent something like 15-20 hours playing.

And while that is by no means little, I do feel that it could’ve been better.

Don’t get me wrong – I really enjoyed The Outer Worlds, but I was still a bit disappointed with it. I considered it – like many others – Fallout in space, but it didn’t really live up to that name.

Yes, it can be compared with Bethesda’s game – and up to a point even with Obsidian’t Fallout: New Vegas up to a point, but it lacks the depth and consistency that the existing wastelands of the Fallout franchise provide.

There wasn’t enough variety in terms of enemies and characters, some features seemed to be missing and overall, while the game is totally worth its money, is fun and good, still leaves you thinking that it should’ve been better.

Still, at 15-20 hours, you’re getting enough time to spend in the game itself and if you’re really going through all the dialogs (like I didn’t sometimes), you’ll probably end up spending a bit more time in the game.

On the other hand, there’s a speedrun for the game standing somewhere at around 22 minutes… so you know that you can really rush through the game if you want to and complete the main story a lot faster than 15 hours.

But if you’re not looking to break records or rush through the story, the length of The Outer Worlds can be considered decent, in my opinion.

What do you think, though? Is The Outer Worlds long enough to keep you happy? How long did it take you to beat it the first time?