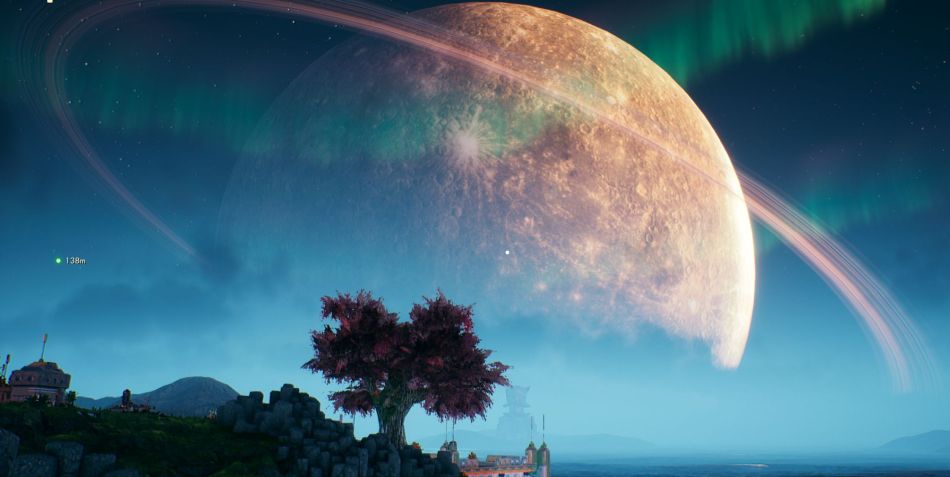 Choosing your character’s Aptitude in The Outer Worlds is one of the few permanent decisions that you make in the game.

And since you’re usually making this choice before you actually know anything about the game itself, it’s worth reading a guide on it.

And this is exactly what I have for you today: a guide to the Outer Worlds aptitudes, so that you can choose the best one for your character and especially for your play style.

IMPORTANT: The aptitude that you select during the character creation screen when you start the game can’t be changed in the future, not even when respec-ing your character on The Unreliable.

So make sure that you pick one you are happy with – or just hope that you made a good choice like I did without any prior research.

I won’t go into too many details here with the list of aptitudes in the game, because you’ll be able to go through them in the game itself.

However, it doesn’t hurt to have a general, simplified view of all the aptitudes in the game, so here’s the list of them (maybe for future reference, if you want to make sure that you indeed picked the best one):

What’s the best aptitude in The Outer Worlds?

Reading the list above after many hours of exploring the Halcyon colonies makes some of them laughable, some of them so-and-so, while just a few are really good, at least in my opinion and based on my own play style.

First off, I would completely cross off the list the ones that are related to melee combat, like the final aptitude, but also the block and dodge ones. These might prove useful if you want to build a melee character, though.

However, for most players out there, they will prove to be completely useless.

Unless you really want to play a melee character (which won’t make your life easy in the game, long term), you will rarely find yourself in melee combat as ammo is plenty and weapons to choose from are many as well.

In conclusion, I would consider anything related to melee combat completely useless in the game – both on the offense (1 and 2 handed weapons), as well as defense (like block or dodge).

The ones that give you extra 3% to the duration of drinks and food are also mostly useless, as some of these items will only last a default of 15 seconds… while the most they will last is 2 minutes. So not much of a boost anyway.

Like in most similar RPGs, some of these foods or drinks require a bit of planning and except from the clear situations when you know you’re getting into a building with tons of enemies, you can’t really anticipate what’s happening (like needing to consume something that boosts your dialog skills).

So what I am trying to say is that in most cases, you won’t really get to use the foods and drinks to benefit a lot from them – and the ones that you will use the most (related to healing yourself) won’t really benefit from such a minimal boost.

Finally, the ones that offer damage reduction are not that great since 3% is definitely not a lot. They could be used to counter a bit effects of potential Flaws in the game, but even so I would say that they’re not really worth it.

However, these would be in my opinion the second best choice in the game – and if you’re not very sure what type of game you’re going to play, they can be considered a safe pick.

Corrosive damage is what you’ll be receiving a lot (especially early on in the game) – and since there’s a flaw that you can pick which increases corrosive damage in exchange for a perk point, you could choose this one in order to minimize its effect and make choosing that particular flaw a better option.

This leaves us with 6 actually useful aptitudes that actually increase the skills your character has in the game, and these can prove to be very useful. And what I recommend you to choose from all of the above is:

It has a long name and offers you just a tiny extra point in the Persuade skill – but the dialog skills are extremely important in the game and they help you do a lot of things easier so not only that you should invest in developing them early on, but you should also take all offers that you have to increase them.

The other aptitudes that give you skill points are not really as useful: Determination and Inspiration are related to your companions and don’t really help a ton, in my opinion – I invested little here and have no regrets so far.

Medical is not amazing either since you won’t be using a ton of those foods and drinks anyway (although it doesn’t hurt to have more things to mix in your inhaler), leaving Engineering and Science two solid alternatives for your Aptitude picks.

In the end, choosing the best Aptitude in The Outer Worlds depends a lot on your style of play.

If you really want to focus more on the fighting aspect of the game, the damage reductions could come in handy – but so will the boosts of skills.

These aptitudes are, fortunately, no real game changers or potential game breakers, so even if you choose a poor one, it won’t have a massive influence over the core game itself. But it still helps to get one that you will actually use…

What do you think, though? Is the Cashier the best aptitude in The Outer Worlds, or you prefer going a different route?