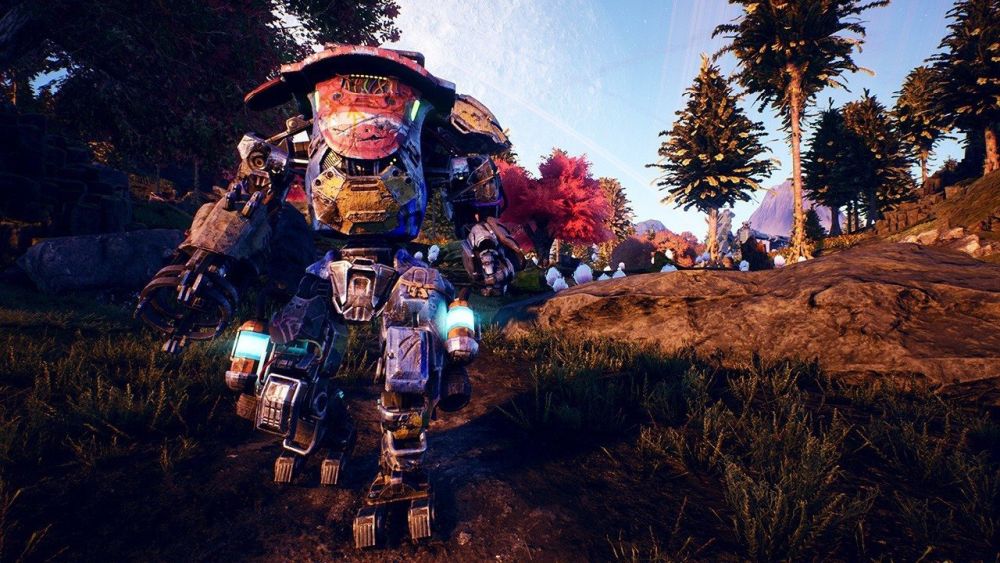 An interesting system in The Outer Worlds is the flaws system. This gives you the option to accept a flaw for your character – one coming with all sorts of penalties – in exchange for one additional Perk point.

In today’s article, we’re going to look at a list of Flaws that you can unlock in the game, how to unlock the said flaws and we’ll also try to answer the burning question: are flaws really worth getting?

I am sure that you are extremely curious to find out all the flaws that you can get in the game, so let’s get straight to this part of our guide.

This is the first flaw that I unlocked in the game and the first one that I skipped without a problem. All these flaws drive a hard bargain and it’s difficult to accept them.

This flaw is related to you dealing with the robots (aka automechanicals) in the game. I am not 100% sure about this, but it appears that you’re only getting the negative effects when you are fighting against robots, and not permanently – this is something that somebody who accepted this flaw can confirm.

The negative effects of Robophobia are:

If these effects activate only when you are fighting against robots, then I would say that it will most likely be worth it, otherwise it’s a clear no from me.

Not sure if this is some sort of space-herpes or just the name makes it sound like that, but the truth is that you will get this flaw during your The Outer Worlds campaign as you fight more and more Mantipillars and Mantisaurs.

Again, this is a flaw that I initially rejected because I thought that the effects are permanent, but it appears that they are not. Here are the effects that you suffer when you are fighting against these beasts:

So this flaw is very similar to the one above. This time, it is related to fighting the creatures of the wild, but overall it’s an interesting trade-off if the flaw itself is only activated when fighting.

Suffering too many corrosive burns has made you weak against corrosive damage. This type of damage is caused when fighting against human characters or robots in the game.

It’s a massive blow that it comes with: +25% corrosion damage received.

Of course, as you probably imagine so far, this is actually the first Flaw that I decided to accept. I didn’t really know what corrosion damage is at that point (and to be honest, I still don’t really know which enemies deal it).

I thought that it’s something that doesn’t happen often… although it does. So it’s not really the best flaw to trade for a perk point, even though it only has one penalty that seems to be acceptable.

You can counter this a bit by increasing your health, armor rating (maybe use that Perk Point for that in particular) or just wearing better armor.

After repeatedly falling from great heights, you no longer function well when the ground is far beneath you.

In other words, you activate this flaw after taking fall damage multiple times. And it’s this particular one that makes me wonder if all the other similar flaws (like Robophobia above) activate only in specific situations or are permanent.

Either way, the effects of this flaw are the “standard” ones already:

This is definitely not one flaw that activates when falling only, so you’re getting those penalties with you forever. We’ll talk below if it’s worth it or not.

Similar to the creature-based flaws above, this one activates after dealing with Canids for a while. The penalties are as follows:

Not much to say about this one (and other future flaws), so we’ll go faster through them from now on, adding extra comments only where needed.

This one probably comes a bit later on in the game, activating after fighting against Primals for longer periods of time. These are its penalties:

Well, there had to be one related to Raptidons – this is it! The effects are already familiar, probably:

This is an interesting flaw, and finally one that’s a bit different from the rest. This one activates after being caught in Restricted Areas far too many times.

It has only one penalty, -1 point to all personality attributes.

After getting damage multiple times from Plasma Weapons, you start getting +25% more damage from this type of weapons. Ouch (for the later stages of the game, at least).

Similar to the one above, this one activates after receiving melee damage multiple times. You get the “standard” +25% more damage caused by opponents, which shouldn’t be a really big problem in most cases unless you go for a melee build yourself.

Another interesting flaw that activates if you’re taking too many drugs during fights. You will probably unlock this flaw eventually – even if you don’t do it often, and it has an interesting penalty:

You are going to lose 1 point of Dexterity when suffering from withdrawal (not taking the said drugs for a while), as well as -1 Perception and Temperament.

This flaw came to me at a perfect time: I never actually use melee combat, so the penalties don’t affect me in any way. This is pure heaven for those who want extra perks and are not playing the melee route.

As you can see, this flaw’s effects are that it reduces 10 points of your Melee Weapon Skills. That’s a lot for somebody who focuses on them and pure gold for everybody else.

As for unlocking… it will probably take some time and fighting – I got it all the way towards the end of my first playthrough, after sustaining too much eye injury. Oh, well…

These are all the flaws that we have currently discovered, but there might be more. If you find one that we haven’t listed yet, please share it with us in the comments section below.

Are The Outer Worlds flaws worth taking?

I would say that most of the Flaws above can be taken if you really want one or more perk points.

You will usually be able to compensate for the negative effects of a couple of flaws with just one level (if not faster), and since not each level that your character gains gives them a perk point, it can be considered a good trade-off.

Now, there is even an achievement in the game that unlocks if you have three active Flaws on your character – so have that in mind as well if you’re doing some achievement hunting.

This also kind of tells me that you shouldn’t go for more than 3 flaws for your character as you might end up forced to get perks that are not really worth it in the end.

I would say that the best flaws that you can accept are those that only activate when fighting against specific enemy types. You can select three of them and put those three perk points to good use (plus get the achievement).

You will then have to compensate for the penalties by using skill points to get back on track… and skill points are generally easier to handle than perk points are simply because you get more of them when you level up.

However, it’s a difficult choice to make and in the end it’s all on you: you have to decide if you really need those extra perks or not. I personally believe that even though the perks are useful, the flaws don’t really offer a fair price for them.

You can take them as additional challenge (if playing the normal mode, for example), but otherwise I think that you can safely stay away from them and still rule the alien lands of the Halycon Colonies.

Can you remove Flaws in The Outer Worlds?

Unfortunately, flaws are permanent and there is no way for you to remove them after taking them. So make sure that if you decide to accept a flaw for a perk point – you’re fine with having it along for the rest of the game!

But what do you think? Are flaws in The Outer Worlds worth taking? Did you get one (or more) and are happy with it or regret it? Let us know by commenting below!