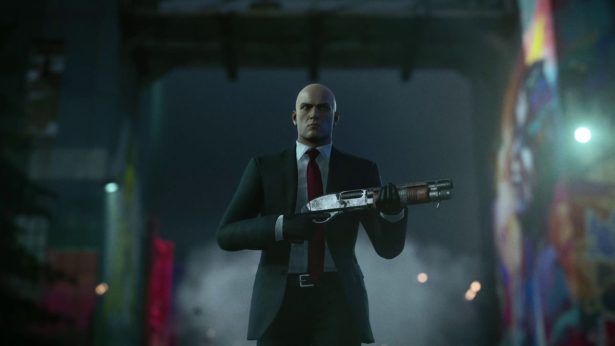 There are plenty of incredible games coming to PC in the year 2021. From fan-favorite triple-A games to highly hyped small gems, there’s plenty to look forward to, whatever your gaming passion.

Whatever your platform of choice – Steam, Epic, Origin, or NJ online casinos, there are a variety of new PC games to add to your watchlist as well.

These new games include ray tracing capabilities with bleeding-edge tech, as well as updates to your favorite RPGs, shooters, and co-op masterpieces. We’ve hand-picked some of the best so prepare your wallet and your watchlist.

The Hitman series has had a thunderous comeback since 2016, and Hitman 3 looks to continue with another finely crafted entry in the long-running murder-em-up series.

Hitman 3 appears to be what we want from a Hitman franchise, more levels, more ways to employ systems, and more Heath Robinson-Esque murder in what we’re confident will be one of the best games of 2021.

Halo Infinite is apparently the most highly-anticipated PC game, despite the discussion that’s surrounded its development so far.

Though the latest game in the iconic series – which promises to continue to story of stalwart Spartan super-soldier Master Chief – has lost some of its key development group in recent months, Microsoft is clearly keen to make this the best FPS it can be.

Though most of the details about Battlefield 6 are still fuzzy in mystery, we do know a few key elements about the game that have us hyped about next-gen first-person shooter.

As is now a tradition for a studio, the game will be striving to push all new powerful hardware to its limits.

We haven’t had a LEGO Star Wars PC game for a while, and even though it looks like it’s coming a little late in 2021, the upcoming Skywalker Saga looks like a lot of fun.

It stretches the sequel trilogy, from The Force Awakens to The Rise of Skywalker, so you’ll bet to play through awesome scenes like Rey’s training programs, and that slice where Snoke is flaunting a tiny golden silk robe.

The original Kerbal Space Program taught us about physics, budgets, and managing space programs. Now we’re going even further into space with Kerbal Space Program 2, a game that promises to expand on everything that made the original a standard on so many PC gamer’s hard drives. That’s why this is, without a doubt, one of the most anticipated upcoming PC games of 2021.

These would be our most anticipated games of the year. Which one(s) are you looking forward to seeing in 2021? Let us know by commenting below!