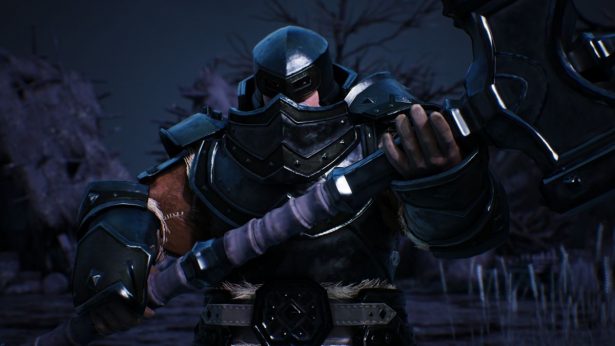 Because the way you plan to play the game will influence what type of character you choose. However, things are a bit more nuanced and what might seem like a good idea first could prove wrong in the long run.

But before we get into the details, if you’re in the hurry, I will start by sharing the conclusion with you.

The best character to pick in King’s Bounty 2 is Elisa the Paladin as she allows you to cast spells which are extremely useful in battle, but can also command larger armies. This is the perfect combination for most players.

The second best character would be the Mage Katharine as her spellcasting abilities will be very useful in battles.

Surprisingly, Aivar the Warrior is the worst possible pick. Not only that he’s got clear disadvantages from the get-go (like being unable to choose a specific path early on in the game), but his inability to learn spells for casting in battle is a huge Con.

An in-depth look at each character

Let’s take a quick look at each character to see what their advantages are and discuss them a little bit. It’s best to know and understand each character (especially their strengths) before making a decision.

I am listing the characters below from the best to the worst, in my opinion.

In most RPGs, choosing a specialized character is always better than going for one that tries to mix and match, but with King’s Bounty 2, things are different.

Elisa is your best choice as she gets access to larger armies early on in the game, but can also learn spells and cast them in battle – which is very useful.

You don’t need an extremely advanced mage in order to succeed, since even the most basic spells give you a massive advantage. But the larger armies AND the ability to cast spells without the need of scrolls are a perfect match.

Let’s take a look at Elisa’s skills below now:

All these traits are created to give you a massive advantage early on, without becoming useless later on in the game.

But you will have mostly Order troops in your army early on (with a few others mixed in, so great to have reduced morale penalty). You will also get access to Magic of Life spells faster, while the two troop stat boosts come in handy for some quick attacks.

The even better part is that these skills are all useful long term and you can invest your talent points nicely to build an awesome character overall.

She was actually my first choice in the game and makes up for a decent character. She’s great at spellcasting, although the truth is that you won’t ever use more than the same 2-3 spells in battle (so you don’t really need much here).

Still, a pretty decent choice overall, but not better than the Paladin. Let’s check out her starting skills below!

Not an amazing set of skills to start with, truth be told. The Insidious Maneuver is pretty useless (I would never recommend investing in it), while her lack of focus on the actual combat boosting capabilities make her weaker, especially early on in the game (up to level 10-12).

I usually prefer the play the melee fighter in my RPGs, but this time it would be a huge mistake to choose this guy, unfortunately. The fact that he is incapable of learning spells is a huge disadvantage.

Not only that, but as I mentioned already, any quest path that involves magic use will not be available as a choice for him, limiting your progress.

While Aivar can actually cast spells, he can only do so if he has scrolls. You will find a very small amount of scrolls as you play and you can also purchase them.

But scrolls are extremely expensive and gold is always a problem in the game (learn here how to make more gold), making the option of actually purchasing spell scrolls unusable.

But let’s check out his starting skills below:

The truth is that these are not bad skills to start with! It’s true that you don’t get access to Power troops early on in the game, but you will eventually… and the stat boost offered by the starting skills (plus the ones you can get by investing your talent points) will help a lot.

But still, the fact that you can’t cast spells and you are also forced into a difficult battle early on (risking to lose valuable gold) make him the worst character – or at least the most challenging to play as.

Now you know which character to pick when playing King’s Bounty 2. It’s Elisa, since she can learn magic and can lead larger armies early on (which is a big bonus for the early fights).

Katharine is also a good choice although her magic bonuses are not that important long term since you won’t be using many spells anyway. Aivar is the worst pick since he is unable to learn magic, which will make the game a lot harder.

Do you agree that the Paladin is the best character to choose or you have a different opinion? Let us all know by sharing your thoughts below.