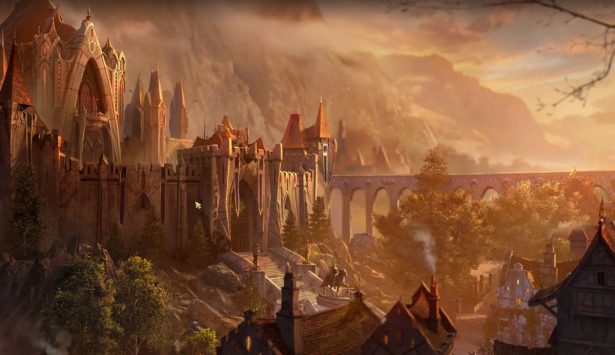 The struggle for getting more gold in King’s Bounty 2 is real. With everything costing so much in the game and no real ways of grinding for gold, you have to use all the means you can think of to keep the pockets full.

And today, I am here to share with you how to get more gold in King’s Bounty 2. All these methods should be combined in order to eliminate the very likely risk of running out of gold and having no other choice than to restart (or load an old save).

There are lots of loot items scattered around the map which can be collected by your character. Chests, bags of money and all sorts of similar items can be found during your adventure.

Most of these loot crates will contain some gold, items and/or junk that you can sell for money.

Have in mind that most of these are usually hidden or at least in areas that are not immediately visible, so you should always spend some time in a new area searching for loot.

Without collecting all (or at least most) of these scattered chests and whatnot, you will not have enough gold to play the game. So these are extremely important!

IMPORTANT! If you are riding your horse, the loot items won’t be visible/highlighted and you won’t be able to pick them up. So unfortunately, the only way to be able to collect these items is to walk.

Spending those hard to get talent points in skills that increase gold seems a waste of points… but if you end up with no money and unable to recruit troops, it’s really game over.

So in order to play it safe, I would recommend to invest in at least one of the skills that increase the amounts of gold you can collect, all found under the Anarchy skill tree.

Now, I wouldn’t recommend to go for all three skills as it is indeed a waste of Talent Points. But investing early in at least one will help a lot. Two – like I did – is a bit too much.

I recommend investing in the Trophies skill, as fight victory rewards are usually higher than the amounts you find in chests and such, so you get a bigger bang for your talent point.

3. Sell your trash items, as well as weapons/armor you don’t need

From the various loot boxes that you find along the way, as well as from rewards you get from completing quests and investing in new and better armor, weapons and items, you will be left up with a lot of junk.

These trinkets and whatnot are usually called junk by the game itself and should be sold whenever you have the chance as they can bring you nice amounts of money.

But also have in mind that you should sell any weapons or items that are no longer needed. No point in carrying around obsolete items that could otherwise be invested in units for your army.

Also have in mind that scrolls usually sell for a LOT of money. So if you have some extra, after learning the spells, it might be a good idea to sell some.

Probably the best way to make more gold in King’s Bounty II is to perform better in battles. Of course, this is easier said than done.

But the thing is that during battles, you will lose troops – either partially (they can be healed at the end of the battle for some gold) or entirely (they are gone forever).

Losing troops forever is horrible. Not only because it is more expensive to replenish their ranks (and sometimes you might not even find the same troop), but also because their accumulated experience is lost forever.

So really, losing an entire stack of troops is horrible in the game, even though inevitable.

But do take the time to analyze your opponent, decide if you’re ready to take on them and only attack when you know your losses can be minimal. Otherwise, you won’t be able to keep up with the rising costs of replenishing your army.

Normally, after most (if not all) battles, you should still make a profit after healing your injured troops. If that’s not the case, reconsider the troops you’re using and/or your strategy.

You will eventually stumble upon items that give you a boost in earnings made from selling junk to merchants.

These are items you should not sell. Instead, equip them right before making a trade and then replace them with a better item that helps in combat.

Remember – in this game, any extra gold will come in handy!

And save in new files instead of using the same save over and over again. This way, if you happen to run out of money later in the game, you can return to a previous save instead of having to start over.

Also saving right before a battle is a good idea – especially if you’re not entirely sure how easy or difficult it is.

Early on in the game, a lost battle – or one where you lose most of your troops – can ruin you. So better be safe than sorry!

Early on and during your first King’s Bounty 2 playthrough, it’s pretty difficult to keep the amounts of gold you have under control.

I personally almost ran out of gold even before talking to the prince and it wasn’t very easy even afterwards. But things do get slightly better after this point as you can start selling the junk items and find more.

But careful planning of your fights and making sure you lose as few troops as possible is essential in keeping up with the increasing costs of paying for your army.

Do you have other tips for players looking to make more gold easily in King’s Bounty 2? Let us know your strategies by commenting below!