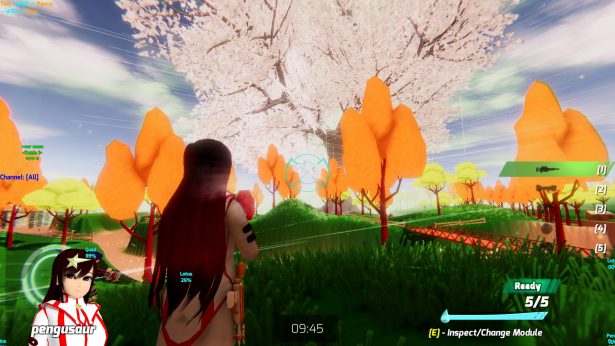 Battle Splash is currently in Early Access testing at the moment, so we were a bit limited in the modes we could play. The game has three different modes: your standard team battle, team tactics which is just the regular battle mode but with elimination rules, and SBot Guidance which is essentially capture the flag mode but with a robot instead of a flag! 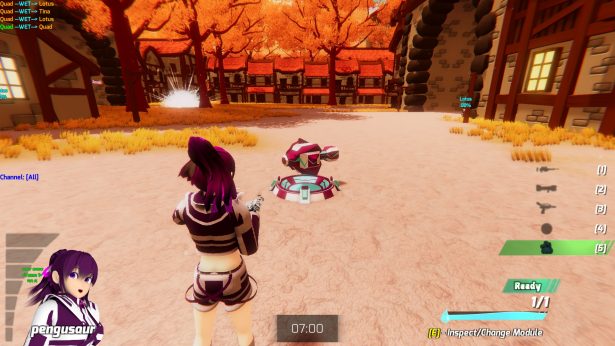 While the SBot Guidance mode is a fun little distraction, you’re going to see the most action in the two battle modes. Once you jump into a server, you can pick which of the four girls you want to play as. While the princesses of aquatic warfare have the same weapons, they each have their own unique abilities that can really bring the splashdown on the enemy team!

Let’s take Pentaga for example! Her special item is the Disk Dryer which is basically a fancy blow dryer! Did one of your teammates get splashed? Dry them off and revive them on the spot! Quadra’s special item is the Digital Shield which lets her project a shield in front of her that reflects projectiles and water balloons. Think Reinhardt from Overwatch! 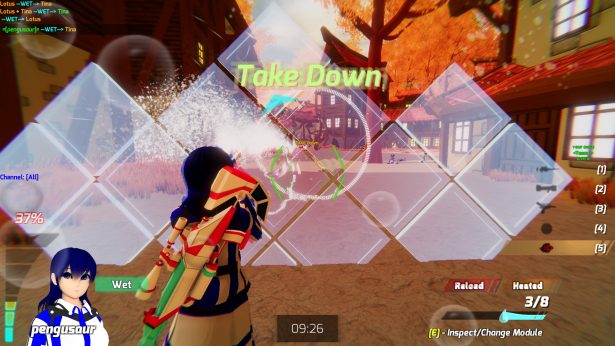 Battle Splash sets out to be a fun and friendly shooter, and it does a great job at accomplishing it. The “water fight” setting cuts out all the violence that typically comes with shooters, and the bright and colorful heroines are a nice change too. We haven’t even mentioned the maps which are visual spectacles in their own right! One our favorites is the Paper World map, a beautiful, serene forest with paper highlights and rays flowing throughout the environment. The background music also really helps push the dream-like feel of the maps, as they’re peaceful piano pieces that set the mood. Maybe the songs do their job too well though, because sometimes they don’t represent the hectic water warfare occurring at the moment!

However, since Battle Splash is still in Early Access, there’s lots of room for improvement. You take damage at alarmingly fast rates, and the game doesn’t always do a great job of communicating that to you. Take the game’s name literally, because over half of our deaths were from splash damage from unknown sources. Since all the girls have access to the Rocket Launcher weapon, it can get quite hectic with all the water splashing around and you’ll most likely suffer a few deaths where you had no idea what happened. With some graphics polishing and more visual feedback, this can be fixed.

Something that also needs work is just the general feel of the game. This goes hand in hand with the previous problem of visual feedback being a little lacking, but the game also feels a little bit too “loose”. The girls run around the field really fast, and they don’t really feel like they have any weight to them. Of course, this could also be intentional to keep the fast-paced nature of the game intact. Regardless, some fine-tuning and can make movement feel a little more fluid and right. 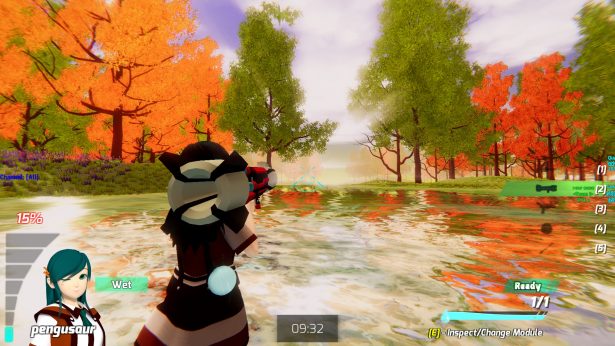 Trianga’s Project: Battle Splash 2.0 is a fun little shooter. With cute characters, beautiful maps, and simple yet enjoyable gameplay, Battle Splash has a ton of potential. What’s even cooler is that the game features limited mod support, with more updates coming later! You can change the character models with your own if you so wish. With some weapon tweaking, polishing, maybe some new characters here and there with new abilities, the game could become something really special!

You can check out Trianga’s Project: Battle Splash 2.0 on Steam.