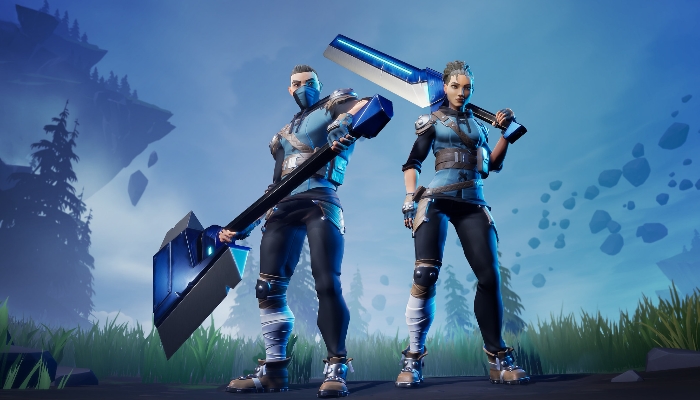 Many years ago before Monster Hunter World was announced, a small new indie team known as Phoenix Labs sought to fill in the market gap of a Monster Hunter type game for the PC platform. Their answer was Dauntless, a high-octane action RPG packed full of behemoth slaying mayhem.

Dauntless has been around for a while now on PC as a free-to-play open beta, where anyone can take up the mantle and become a behemoth slayer. Phoenix Labs has recently announced this year that they plan to bring the game to both the Playstation 4 and Xbox One. As of tomorrow, Dauntless will officially be available for download on the Playstation Network.

For the uninitiated, Dauntless is a fast-paced action RPG where players become slayers who hunt mythical beasts known as behemoths. A mysterious set of floating islands known as the Shattered Isles is home to humans after a world-shattering catastrophe, and the giant behemoths threaten the peace.

Slayers can choose one of the five unique weapons to bring with them into battle. The Sword has a good balance between defense and offense, while the Axe relies on incredible strong charge attacks. The Hammer is great for repeated bashes, while the Chain Blades are suited for rapid-fire attacks that let you stick to the behemoth. Finally, the War Pike lets you stab up-close and fire from afar using the secondary rifle function.

Once you have chosen a weapon, head out into the Shattered Isles to challenge fearsome behemoths like the ferocious Embermane, the electrifying Drask, or the spiky Quillshot. Many of the behemoths have their own unique behaviors and tells, so you will need to pay attention if you want to stand a chance out there.

Dauntless will be officially available as a free download on May 21, 2019 on the Playstation Network.