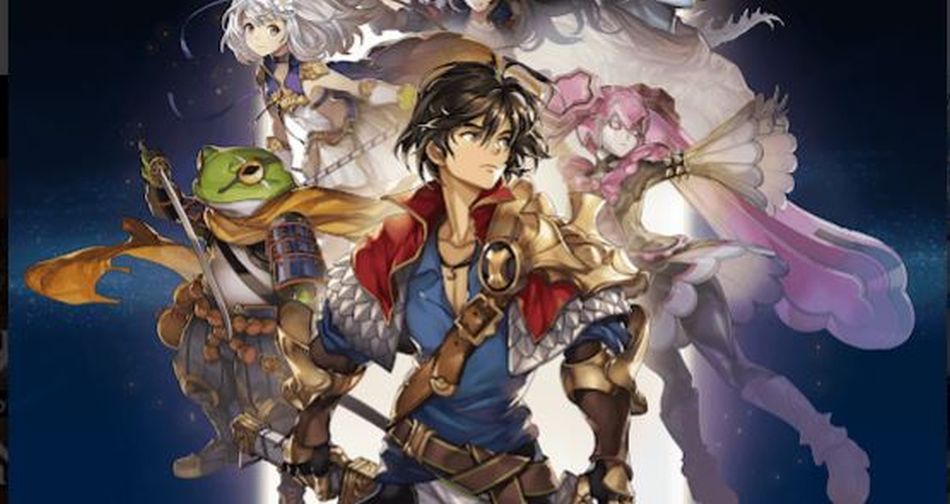 In today’s article we are going to cover all the Another Eden tips and cheats to help you become better at the game, have a complete understanding of how it works and pass all of its stages.

Basically this RPG will take you into a world which is so pretty you won’t believe it. There you will head on to complete various encounters and level up your characters. The game is extremely story rich, so if you love that feature – rest assured, there is plenty for you to read!

But you are here to learn all the Another Eden tips and tricks that we have, so let’s dive right into it!

Explore everything! It can’t go wrong!

Right when you start off in the game, you will be placed in the heroes’ room! You will be able to interact with various environment elements, so you should do exactly that! While you are still in the bedroom, tap on the wardrobe (with drawers) to claim Git (equivalent of Gold)!

You can do this with pretty much everything that has the interaction symbol above (which is like an exclamation mark in a circle). I really suggest that you do this, because you will discover a ton of lootable stuff everywhere.

Basically you should always be on the lookout for collectible stuff because you never know when they will come in handy in your quests or other stuff.

Check out the glowing stuff!

Just like the items in the environment where you have a clear sign that you can interact with them (the exclamation mark), there are others, slightly less obvious. Now you might have noticed some glowing bushes and places around you – if you did, make sure you tap on them because they will most likely give you some materials!

These glowing stuff (it’s more like a sparkling particle effect) will appear mostly on bushes and stones, and other collectible materials – so no on furniture like like exclamation marks.

You will be able to start some various tasks right when you are getting started in the game! Since I like to explore a lot in this type of RPGs, I usually stick my nose pretty much everywhere – in all the peoples’ houses, in the fountains, and talk to everyone (even multiple times lol).

Well there are a couple of side quests that you can complete right at the beginning! First one will be from the girl who has just lost her balloons (you will see in the town a group of balloons, just pick them and give them to her) and playing hide and seek with a little boy (which you can find inside the fountain at the top – and by the way, he is hiding in the flower bushes on the right side of the girl with the balloons).

There will be plenty side quests that you can complete, and all of them will give you various rewards – so try to do them, because they literally take a couple of seconds and it will not be a waste of time!

You will encounter various monsters – defeat them for loot!

The monster encounters are super random, and they could appear anywhere on your path, even if you’ve already cleared it. Basically if you kill a wave of monsters and return where you came from, then go back towards the way you defeated the monsters, you could encounter another one!

The spawn of them is pretty random, so you should be prepared at any given time. If one of your characters die during the encounter, the rest will be left alive but you should really go back to your house and regen HP.

The quest line will be marked with green on your minimap. You should be headed to the areas marked with green to complete the tasks (you can’t not spot them because the objective will have a green exclamation mark) because by doing so you will unlock more of the main story and also more of the game’s features!

After you have finished a certain quest and unlocked Gallery of Dreams, you will actually start to have some fun in the game because the whole game dynamic will change. So make sure you try to rush this a little bit.

At some point you will see a big boss appearing pretty close to the town and pretty much on your way. DO NOT APPROACH IT! Trust me, I have with a full party of 4 and it slaughtered everyone. So, keep this in mind for now!

The boss is level 21, so you won’t really be able to do much until you level up your team.

Recruit more members for your team!

After you unlocked Gallery of Dreams, you will be able to recruit more members to join your party! Make sure you claim all of your new player rewards and quest rewards, because then you will be able to start increasing in power by gathering more allies.

First you will receive the “First Encounter”, which will allow you to pick a 4 star ally. Pick Ciel. After this, you can check out the other options, and for each of the ones that it shows “Held: 1” or so, summon a new ally! It means that you are able to get a new ally because you have the required material.

By doing this you will be able to add a few good members to your party, so make sure you do it and add them (Menu -> Party -> tap on the “+” and add the members you want).

Save your Chronos Stones!

It will take a little bit to save 1000, but do it! It’s a painstaking work which is going to take a few hours of playing, but if you are dedicated to the game you should do it. Once you saved 1000 Chronos Stones you will be able to go to Menu -> Dreams -> Limited -> Fateful Encounter and summon that!

By doing this you will summon 10 heroes, out of which 1 will be guaranteed 5 stars. It’s super important that you do this, because it will greatly boost your party’s power.

When you go to Menu -> Records -> Awards you can basically see your “achievements” page. There, you will have various tasks that you can complete and earn a ton of Chronos Stones.

Check out all the tabs, and just read through them. When you feel that you can for example complete one super easy, do it! And don’t forget to claim your rewards because this will greatly boost the time in which you gather the 1000 Chronos Stones.

Check out the other skills your heroes have!

While in battle, when you tap on one of the heroes in your party it will open a new list with all of the skills that hero has. You can select the skill you want it to choose, but make sure you choose for all the heroes beforehand – before attacking!

Once you start attacking, they all attack, so make sure you have the skills you want each and every one of your heroes to use, selected beforehand. Otherwise it will not use them.

As your heroes will level up, they will gain AP (ability points). You can allocate these by going to the Menu -> Ability Board and spending them for the heroes which have free AP. You will be able to unlock multiple nodes for them and abilities, so it’s a great thing that you should make sure you do whenever possible!

Log in every day to the game for free Chronos Stones!

Every single day that you log in game you will receive 20 Chronos Stones! Make sure you do this every day, even if just to claim them! If you don’t really plan on playing that particular day, it’s fine – just make sure you claim the Chronos stones because you will be able to use them another time!

These would be all of our Another Eden tips and tricks that we have for you right now! Do you know some other useful game tips that you want to share with the rest of us? Leave them down in the comments section below!