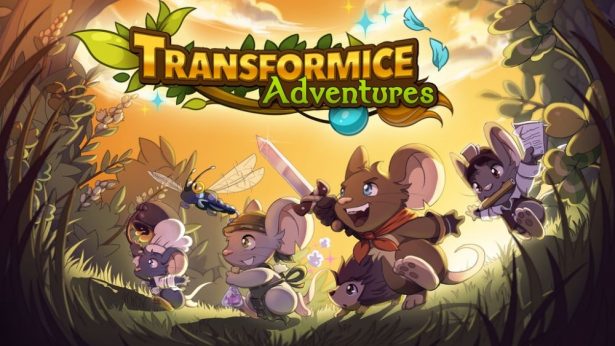 What did you want to be when you were a child? What was the career path that presented itself to you most clearly? For me, it was probably cooking.

Yes, it sounds like a fairly pedestrian ambition to have as a child, but I loved the idea of creating meals to stimulate emotions in the manner of Pixar’s Ratatouille. There was always something magical about the scene in which the grumpy critic suddenly rediscovers himself through a well-cooked dish.

The central character in Ratatouille was a rodent chef, which was his ambition since he was but a tiny glint in his mama mouse’s eye. Should he have wanted to change his career, it would have likely been extremely difficult for him to do so after all his hard work.

He should have perhaps been a mouse in Transformice Adventures, the new mousy MMO from Transformice creators Atelier 801. Like Remy, mice in this game can be chefs, but they’re so much more, too.

Transformice Adventures takes the traditional MMO formula and turns it on its head somewhat. If you’d like to experience the game before we start talking about it, then you can play it here in the browser.

It won’t take you very long to get into it and start understanding core mechanics. If you’re not convinced by the premise of a mouse MMO alone and want to read on, let us convince you why you should absolutely play this game as soon as possible.

If you’re familiar with MMORPGs, you’ll know the conventions. A weak character must grow through levelling up, become strong, equip better loot, and learn more skills to take on increasingly difficult dungeons.

Somehow, that makes this game immediately a far more enticing prospect than any of its bigger and more moneyed competitors. When you know you’re simply campaigning for a nicer hat or a better cloak, you’re far less likely to become addicted to the number-crunching and the gameplay can have its chance to truly shine.

It’s a good thing the gameplay is given room to breathe here, because it’s a real strong arrow in Transformice Adventures’ quiver. Combat is a hack-and-slash style affair, with physical attacks mapped to the left mouse button and healing to the right.

You’ll also have access to a number of special skills which will vary depending on your job, all of which can be used with the number keys. There are also turn-based elements of a sort in that attacks take stamina, so you can’t simply spam your way to victory.

This creates a back-and-forth dance-style set of movements to Transformice Adventures’ combat. You’ll need to constantly stay aware of enemy attacks while moving in close enough to deliver ripostes of your own.

Special skills can be used any time, but they should be used sparingly since they often have fairly punishing cooldowns. Each encounter is balanced around using special skills, attacking, and dodging to ensure victory for you and your intrepid mouse team.

After every combat encounter in each dungeon, you’ll be given a treasure box. Said box contains a new skill or a buff to an existing skill that you can learn.

You’ll have a choice of 3 each time, creating a risk-reward dynamic that feels satisfying. None of the choices are incremental or useless, so you can truly create a unique and interesting play style simply by choosing certain skills.

Will you become an efficient healer or a devastating damage-dealer? You’re not limited by class when you make this choice.

There are still jobs, though. Each of them brings its own special skills to the table, and each has its own set of strengths and weaknesses.

The Botanist class is an excellent healer and can deal good poison damage, while the Chef is an expert in keeping enemies away from vulnerable party members.

Classes have a synergy that shows Atelier 801 has very clearly thought through the interplay between its systems in a way that will satisfy players immensely.

The core gameplay loop of Transformice Adventures is thus: pick a dungeon, pick a few friends (or mice you don’t know) to go through it with, take down enemies and a boss, receive cool loot for your troubles.

There’s also an awesome pet-rearing system in which you’ll bring up your pets, teaching them meaningful skills and creating invaluable battle companions by doing so.

Transformice Adventures feels like a game that wants to avoid meaningless stat increments at every opportunity, and it does so with aplomb.

We found our time with Transformice Adventures to be an absolute joy. Its gameplay is deep without being alienating, and its social structures ensure players can co-operate without a chance of hostility.

Atelier 801 is promising more jobs, more loot, and more content in general, and we can’t wait. Transformice Adventures has become our new obsession, and it should become yours too.