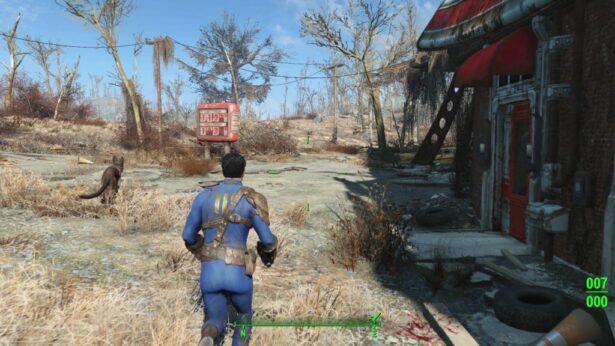 This question has been bugging me for a long time: how is it best to play Fallout 4? In first person of third person view? There are obviously Pros and Cons for each view, but one has to be better.

I want to start this debate and find out with you what’s your favorite way of playing the game.

I will, of course, start. I am always playing in first person view, probably because that’s how I got used to play. I have seen, however, a lot of YouTube players and other gamers preferring the third person view.

So I tried it and I could never get used to it – most likely because I have played Fallout 3 and Fallout New Vegas in first person, and navigation in third person looks a bit strange, as well as aiming.

So I am preferring the first view to play my game because it’s a lot easier to aim and, for me, to move around.

Interacting with characters is a lot easier and the entire movement phase looks a lot better and smoother than in the third person view.

The only advantage that third person has, in my opinion, over the default view is that you can see the environment better.

I often get stuck when retreating and I hit a wall or some strange obstacle, resulting in my character getting a lot more damage than he should’ve.

But it’s something you will eventually get used with and therefore you’ll eventually learn to overcome this problem. But apart of this advantage, I really so nothing else. It might be just a matter of preference, in the end.

I personally believe that console gamers are actually playing the game in third person view, while PC gamers prefer the first person view.

I would like to hear your opinions and preferred way of playing to find out if I’m right and, most importantly, which of the two views is the best when playing Fallout 4!

1 thought on “How Is It Best to Play Fallout 4: First Person or Third Person View?”