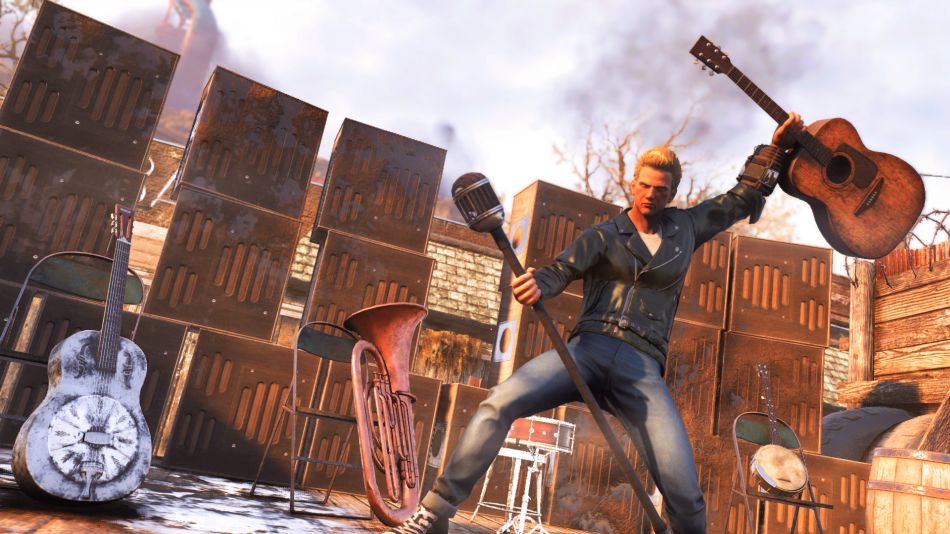 One of the biggest problems that I am having in Fallout 76 right now is one that I definitely did not anticipate: there’s not enough storage space in the game!

And if you’ve been playing Bethesda’s online game for a while now, you’re probably having the same problem: you’ve maxed out your Stash capacity and you’re probably running over-encumbered too.

At the moment of writing this article, there’s a very limited inventory space available in the game: your Stash can only hold 400 pounds of items – which might seem a lot at first, but the truth is that it fills up really fast.

Building additional storage units won’t increase the capacity as one would think so it appears that you’re actually stuck with a very limited inventory capacity.

It does make a bit of sense, but in a game where junk is everywhere and you need a ton of items to craft all sorts of things for your base, weapons or armor, you’d expect to be able to store a bit more and be allowed to carry some extra pounds too.

Yes, this is a survival game and I understand that there should be some limits here and there to make things a bit more difficult – and micromanagement involved so that you get an extra challenge, but with so many materials to collect, it’s frustrating to have to think about it.

I mean, I don’t want to have to go through my hundreds of junk items that I have stored in my stash, trying to sum up the amounts of various materials that I have collected and see what I can drop in order to go and collect items that would give me the materials I need.

The trash collecting and crafting should come as an additional element in the game, not a quest in itself, driving you crazy with lists of items that you can keep or not.

So… what could the solution be to the character inventory and stash storage problems in Fallout 76?

Well, for starters, Bethesda could work out a way of simply giving us more space. Let us build more storage boxes and store more.

That’s probably the easiest way to go – but it might have an effect on server performance or something we, the players, are not able to see. Otherwise I believe that Bethesda would’ve already addressed the issues.

Another potential solution to the junk hoarders would be that of being able to instantly scrap every bit of junk in the corresponding materials and then be able to select and drop specific amounts of the materials you hold.

This would make things a lot easier in terms of micromanaging resources and not turn us into trinket hunters, roaming the map searching for an aluminum can because we just need it to craft something.

UPDATE: Not sure if this was introduced by a recent patch or was there since the beginning, but I just realized that you can indeed scrap all junk and turn it into materials.

In order to do this, you have to go to any type of crafting station and carry the junk yourself (so not in storage). The best way to deal with this imho.

How to get more storage space in Fallout 76?

Right now, apart from being extremely selective when it comes to the items you collect and store, there are some options that you have to still carry around tons of stuff and items in case you need them… eventually.

The first and obvious one is something that we’re probably all dealing with: running around the map overencumbered.

Right now, there is just one major penalty of carrying more than you’re allowed to: your AP drains as you move. You also are not allowed to fast travel, but that’s not really a major concern right now in my opinion.

You can also work on your character to turn them into a mule of sorts. Increase your Strength in order to be able to carry more and select Perks that also reduce the weight of various items in the game.

There are perks that reduce the weight of food items, for example and probably there are more similar ones that I haven’t found.

All these Perks can be used to allow you to carry some more until Bethesda addresses this issue and gives us some extra storage space in Fallout 76.

1 thought on “Fallout 76 Inventory & Stash Capacity Problems: How to Store more Items in the Game?”