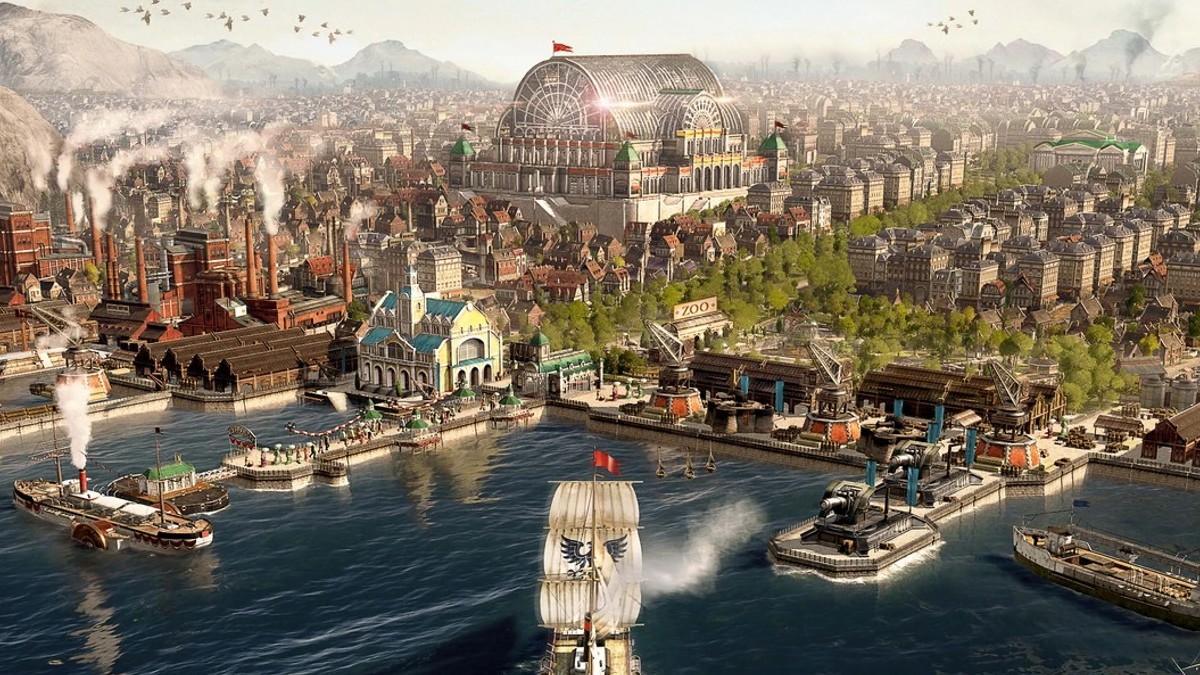 It’s time to check out the best city building games for 2023, to make sure that you have the best and latest releases covered when it comes to this often overlooked genre.

City-building games have a lot to offer, and my list of the best titles to try this year have the most.

Many of you may already have a comfort game to play, others may need a break from it or have the itch to try something new. Even beginners starting out, drawn in by the hype surrounding these games or to satisfy their own curiosity.

Here are the absolute best PC city-building games to play in 2023.

Laysara: Summit Kingdom is an upcoming city builder that tasks you with creating a new home for your people on top of a mountain.

During a campaign or sandbox playthrough, you will establish multiple towns, that have to co-exist. You will be tasked to create a trading network, which you can then adjust to your needs by going back to already established settlements.

Create complex transport systems to accommodate the vertical differences between your settlements and the needs of the growing population. Keep trying different things until you find what works for you.

Be careful though because one of the constant dangers you have to face is mighty avalanches. You won’t be able to stop them, but you can take precautions and be prepared.

Utilize the natural forests as barriers to help the artificial ones you have built and keep your cities protected.

Though at first, it may seem like the worst thing to happen, stay focused and stabilize your infrastructure, and maybe at some point, you may be able to use avalanches to your advantage.

City Skylines is a modern take on the city building genre, first released back in 2015.

Though an older game, it has withstood the test of time, and with many released expansions, people new to this type of game will be pleased with the overall experience.

Its many mechanics test players on the thrills and hardships of maintaining a city and its inevitable expansive needs. From water, electricity, and fire fighting. Some of the most natural and basic needs.

To more complex systems like education, healthcare, the police, and the safety of citizens. Understand and adapt to the day and night cycles as well as your needs to raise your status as a mayor by designating districts and enacting policies.

It is by far the best PC city-building game to play in 2023 for beginners and even experienced players who may have missed this gem of a game.

Frostpunk is a survival city-building game, unique to the genre. You are tasked to manage and grow the last city on Earth using steam-powered technology.

Heat means life in this harsh world and optimization and resource management often clash with your empathy and thoughtful decision-making.

While the world is frozen you will need to create laws and systems to combat food provisions that you may find yourself struggling with, the healthcare of your citizens, and even their work routine.

You will decide whether to rule your people with an iron fist or show compassion and kindness as your cities grow. Either go for extremes or try to strike a balance that better compliments your own personality.

Develop new technologies with what you are given and develop your city. Make advancements and better the life of your people. Though somewhat risky once you feel confident, go out on expeditions to explore the frostlands.

You may find valuable intel, precious supplies, and even people who were left behind. Their destinies lie in your hands and what you decide to do.

Seeing how the sequel to this game coming soon, if it caught your interest even a little starting from the first game can help you see if you can get invested in a game like this.

Against the storm is a dark fantasy city builder with rogue-like elements. Faced with apocalyptic rains you are tasked to lead humans, beavers, lizards, and harpies and grow your cities.

Though still in early access the developers have laid out an extensive roadmap for the game. While early access sounds understandably scary, the game by no means feels unfinished.

You may find yourself questioning who the rogue-like elements tie into the game. With each new expedition, you will carry forward resources, upgrades, and experiences of your past failures.

Nothing is meaningless and every playthrough definitely enriches the ones that follow after. All the time and knowledge you accumulate will feel rewarding to use when tackling the game’s challenges.

Manage your diverse population and utilize their strengths. Each tribe offers something different you will need. You will need to manage culinary preferences, housing needs, tastes in luxuries, and even forms of recreation.

If you are looking for something different to experiment with and try out, this is the best PC city-building game to play in 2023.

Anno 1800 returns the city-building series to its historical roots, placing you in the position of a leader in the industrial revolution. Letting you forge your own path whatever road it leads you down.

Feeling adventurous while playing? Send out expeditions looking for fame and fortune. Settle an exotic new continent and even dominate your opponents by diplomacy, trade, or warfare.

Slowly transition into the modern era and navigate through the arising issues from such a seismic shift.

Even when you find yourself entranced and wanting more, there are four passes so far released adding much variety and content to the game, for you to enjoy and go through.

The city-building genre is vast and always has to offer something for everybody. No matter your skill level or how intense you want the game to be.

These were the best city-building games to play in 2023 and filled with something for everybody. I hope you find your next comfort game somewhere on the list.

Let me know in the comments down below which games would you add to the list!