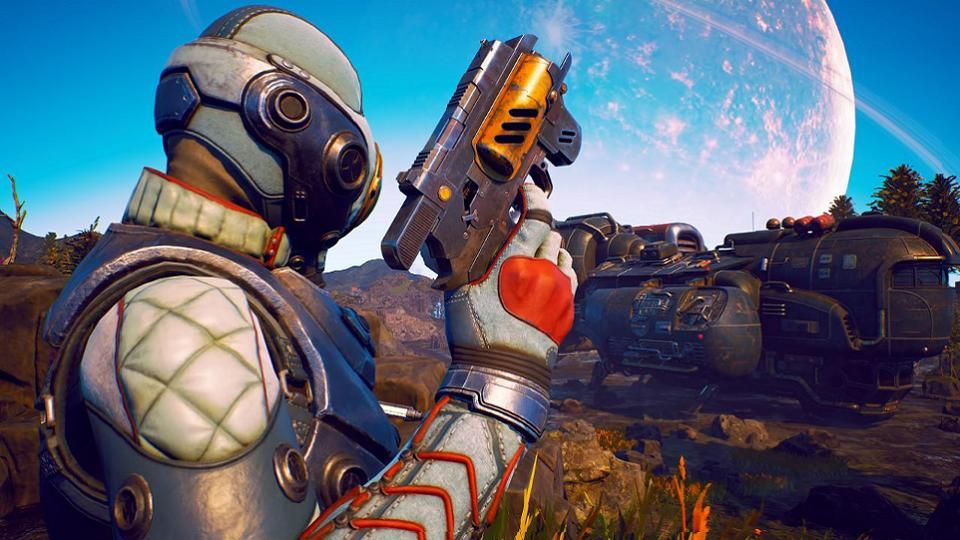 There are moments when playing The Outer Worlds that you simply want to take a photo or screenshot in the game: either because you reached a specific milestone, met an interesting character or enemy or simply because the scenery is beautiful.

Some games allow you to do it in a stylish way through a dedicated Photo Mode: one that allows you to create perfect in-game shots to keep for eternity or to share with your friends.

Unfortunately, The Outer Worlds doesn’t have such an option (yet, at least), which is a pity. There are so many gorgeous areas in the game that you simply want to have them immortalized without all the extra elements on the screen, like the health bars, companion menus, your weapon and so on.

But even so, you can still take in-game screenshots and replace the more useful Photo Mode of the game.

However, in order to do so, you will need to do some tinkering of your own, depending on the platform you’re playing the game on: and grabbing those screenshots via your console’s built in features or using third party apps.

And you can even get something like this image, which is a photo of your character and the closest you can get to Photo Mode (tutorial on how to do this in this article too!)

How to take screenshots in The Outer Worlds

I am playing the game on PC and I have a ton of options available: from Windows’ default settings, to my nVidia card’s own screenshot option to third party programs (I use a lightweight, free to use program called Irfanview), options about here.

Simply find the method you like the most, set up a shortcut button for taking the screenshot and immortalize those great moments in the game!

On PlayStation 4, you can take screenshots by long-pressing the Share button on your controller, or by going to your console’s settings and changing those so that you can take photos when you click the button itself.

I prefer the latter as it makes taking screenshots of your character easier – and the whole process faster.

On Xbox One, you can take in-game screenshots by hitting the Xbox button, and when the menu overlay appears, hit Y.

How to take photos of your character in the game

If you want to capture your character in his or her entire beauty (like the one I shared above), you can find some workarounds and capture those photos… if you are fast enough.

I only did this on PC, since this is the platform I am playing the game on, but I believe it should work on PS4 too – not sure about the Xbox One as you have to go to a menu to take a screenshot, and that could not work with my method. But do try it.

All you have to do is to find a spot where you want to take that screenshot of your character and then… wait.

After a while (maybe a bit over 60 seconds), the game will switch from first person view and show your character instead, rotating the camera around them.

Wait for the camera to be in the perfect position (you can’t interact with it in any way) and quickly hit the shortcut buttons to take the screenshot.

You have to do it very fast: as soon as you hit a button, the game will automatically reset to 1st person mode, but if you are fast, you’ll capture the image.

So this would be it… no real easy way to take screenshots in The Outer Worlds and no Photo Mode unfortunately, but hopefully the tips above will help you to at least capture some moments and take some photos that you will still enjoy.

And hopefully Obsidian will decide to add a Photo Mode to the game with a future update, so that everybody’s happy.