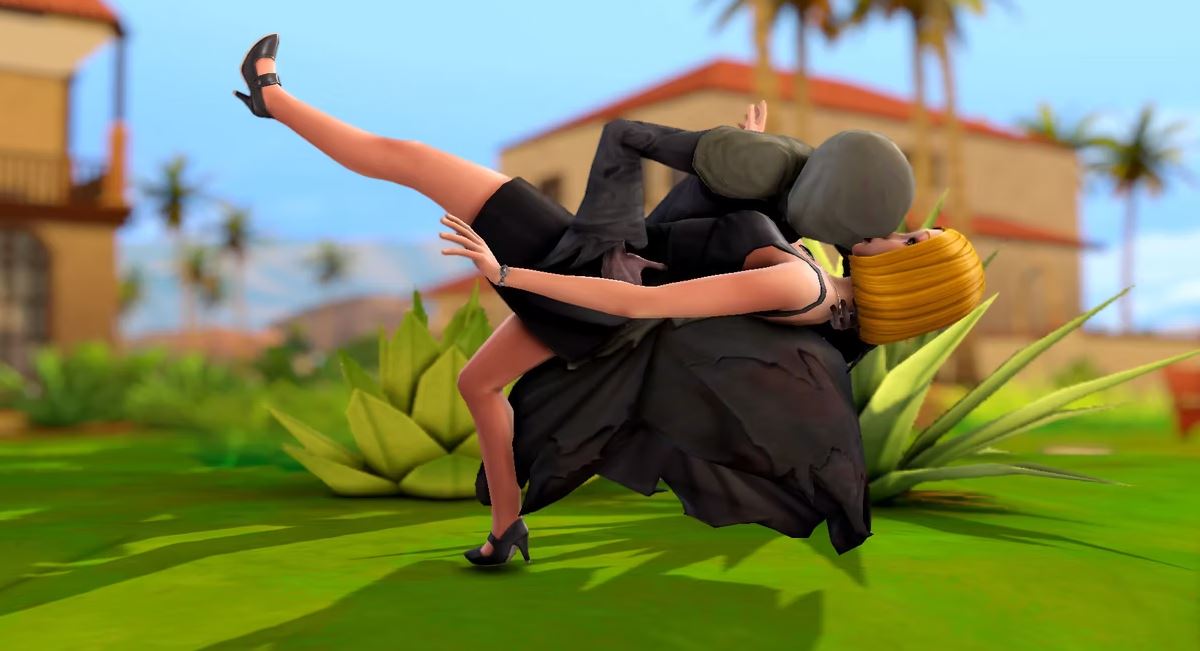 The Sims 4 is our all-time favorite real-life simulator! It is extremely fun because it has elements of real life but also mystical and magical things too. Something like the Grim Reaper exists as well.

Stay tuned to find out how you will be able to play as him in-game.

Grim Reaper only comes into your household and visits your Sims after a certain someone has died, or is in the process of dying.

He will come to one of your sims and then offer to play a game of chess. This game will determine if your sim will die or proceed to live. It is an RNG factor and you’ll need luck.

After he has taken a Sim’s soul with him he is gone. That doesn’t mean that he is gone forever though.

In this article, we will be talking about how you can play as the Grim Reaper and have him as an interactable character in your game. Let’s get started.

How To Play as the Grim Reaper in Sims 4

You’ll need to kill a Sim.

Of course, this is much simpler if you have the MCCC mod loaded, but in the absence of that, the most reliable approach would be to set lifespan too short and then either make an elderly Sim or age up one of your current Sims to elder.

Other methods of killing them are definitely available but this is the safest and best one.

Okay, so your Sim has passed away, and Grim Reaper has appeared to get their soul. You cannot bring your Pets back to life but you can play as them too!

Wait for him to finish his task before hitting pause (so he won’t vanish while you type cheat codes) and pressing Ctrl-Shift-C to access the cheats tab.

When the cheats tab is open, write:

then click Grim and choose “add to family” while holding down the shift key. Congratulations, Grim is now a part of your home.

What To Do With The Grim Reaper?

You’ll need a few additional cheat codes if you want to do more than simply make your Sim BFFs with Grim, which, let’s face it, is probably why the majority of us have Grim in our Sims households.

Type in this inside the cheat mode chat box:

into the cheats tab once again, then shift+click Grim once more to reveal an option that reads “Edit in CAS.”

If you do that, you should be able to change whether he can get a sim pregnant or not. Whatever is your preference really.

Therefore, the possibility of love is present, and your Sim is prepared to begin dating, falling in love, getting hitched, and producing gorgeous Reaper children.

Don’t act too quickly; there are restrictions on your amorous interactions with Grim.

Without cheating, you’ll only be able to connect with him in ways like “flirt, kiss cheek, hold hands, hug, compliment appearance, etc.” but you may still raise the romance bar with him quite a little.

You could get more interactions like a “suave kiss” or a “passionate kiss” if he’s in a confident mood, flirtatious, or it’s a special festival.

Later on, the “ask on date” option will also be available, however, if you choose to do so, the date will end abruptly.

You’ll need to employ cheats to get rid of Grim’s reaper qualities in order to overcome this, which includes the lack of a Woohoo or try for baby choice.

Reopen the cheats tab by using the keys Ctrl, Shift, and C, then enter:

This will take away Grim’s floating effect and reaper voice, but you’ll still be able to perform all amorous activities on him and pretty much every other Sim activity.

If you are done having fun with the Grim Reaper and would like to see him turning back into the original him, you will simply need to write this inside the cheat box:

Then just hit ENTER and Grim will be the Reaper once again.

There are a couple of mods that you can find out to be able to play as the Grim Reaper in Sims 4. Mods being mods will mean that they can be unstable.

This is especially the case with the Grim Reapers mods too. You will see crashing of your game at times and ruining of your game system at times. So use them with precaution,

Other than that these are mods that I recommend for you to try out:

This means that you will be able to actually make your 4-year-old sim daughter a full Grim Reaper! How cool is that!

You can also pay as Ghosts if you wanted to!

Playing as the Grim Reaper in Sims 4 can be an absolute blast! You can go around your neighborhood and collect the souls of your least beloved sims.

You are able to become the husband or the wife of the Grim Reaper and have small babies with him! Also, by using mods you will be able to actually make all your sims little Grimmies.

What do you think of playing as the Grim Reaper and what made you play him? Have fun collecting souls!