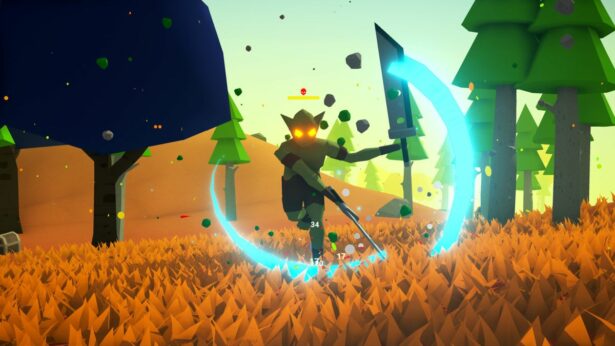 The latest Muck update brought us a new boss: Gronk. This big dude is difficult to beat especially if you’re not prepared for him, but we’re here to make sure you are. This way, once you challenge Gronk, you know you’re ready to defeat him easily.

So let’s not waste any time and instead let’s get straight into today’s guide on how to beat Gronk in Muck (and do it easily).

How to Defeat Gronk: Step by Step Guide

Before even thinking about challenging this huge goblin, you have to prepare. You need amazing armor (because he deals a ton of damage), but also a great weapon in order to be able to quickly bring his health bar to zero.

Right now, the best weapon in the game is the Wyvern Dagger, which is also amazing against Gronk. It deals a ton of damage and it’s perfect against any type of in-game enemy. It will probably be nerfed in the future, but it works amazing for now.

So, go get that dagger! You will have to go hunting Wyverns in the game (hint: attack them with arrows or fireballs) and grind on them until you get a Wyvern Claw.

Once you have one, craft your Wyvern Dagger (you also need 10 Oak wood). This weapon is extremely fast, basically attacking twice with each hit and you can constantly attack with it, without pause. This is a great thing when fighting Gronk!

Having a great weapon is essential, but you will still get hit once or twice, so you need amazing armor in order to be able to withstand that.

You will need the best of the best equipped – and that is the Chunkium armor at the moment. Ideally, get a full set of Chunkium armor, which will require a whooping 40 Chunkium bars.

This means that you will have to battle Big Chunk multiple times, but it’s a grind worth going through. Plus, with the Wyvern Dagger equipped, you will see that it’s actually pretty easy to defeat Chunky Boy.

Now that we have the best equipment available, challenge Gronk and prepare for the fight. As long as you have over 200 health, ideally over 300. Other optional, but ideal items to have:

If you meet all these requirements, you will be basically invincible and you will be able to take out Gronk in seconds – I kid you not!

So if you have these, just rush into Gronk and attack like crazy using the dagger. It will only manage to attack you once or twice, but the Crimson Dagger will almost instantly regenerate health, so you will not really feel anything.

If you don’t have all these, you will need to go for a more tactical and cautious approach. You can still beat Gronk in Muck without the Wyvern’s Dagger, but I still recommend to have the best armor equipped and ideally either Bulldozer or Crimson Dagger (or both).

Now, keep an eye on Gronk and prepare for his attacks. The key is to double jump as soon as the animation for the Sword barrage begins, then quickly get behind him to attack. The throwing swords are easy to dodge, so just be on the move.

But if you have the dagger and my recommended items, as well as over 300 health, you literally have no worries when it comes to taking on Gronk or any other boss in the game. I actually prefer the Wyvern Dagger to Gronk’s sword because it is so fast and amazing!

This would be it – you know now what to do to beat Gronk in Muck – and do so easily. It’s not going to be the easiest ride to get all the equipment you need, but it’s fun and not really impossible either.

If you have additional advice on how to beat Gronk quickly – another method, maybe, don’t hesitate to let us all know by sharing your comments below!

1 thought on “Muck – How to Beat Gronk Easily (Complete Guide)”