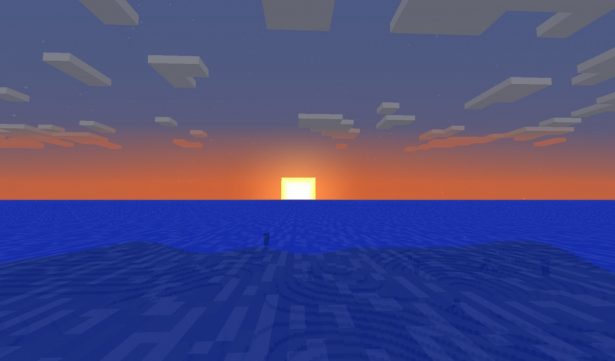 It seems like Minecraft is having a rush of news, because now we’re back today with another announcement! This time it’s about the original Java edition of the game. In this news article detailing the upcoming 1.13 patch, we get to hear some exciting stuff about the Aquatic Update!

Patch 1.13, lovingly dubbed the “Aquatic Update,” will feature a whole new side of Minecraft for crafters to explore: the deep unknown! Before, Minecraft wasn’t really known for having a strong underwater presence. Sure, water had some cool physics as was an integral part in certain designs, but the exploration side was a little lacking. There were some squids in the ocean, you couldn’t really see anything… that was about it.

But now, the Aquatic Update will bring lots of awesome new stuff! Expect to see a slew of new creatures including dolphins and turtles! There will be special ocean biomes too like coral reefs, deep sea vents, and more! Our Minecraft dreams of a big blocky underwater creature will soon be a reality we hope!

That’s not all though! Patch 1.13 will also include new technical stuff, like a new world format, a new command parser, and a whole rewritten world generation code. You can check out most of this stuff already in the latest snapshot, but some of it is still in the works like the world generation overhaul. Everything will be saved for the official 1.13 release when the Aquatic Update comes out proper.

This also means good news for those with an insatiable curiosity, as the newest snapshot updates will start to include the Aquatic updates much sooner than originally planned. If you can’t wait, be sure to launch good old Minecraft and opt into the Snapshot build.