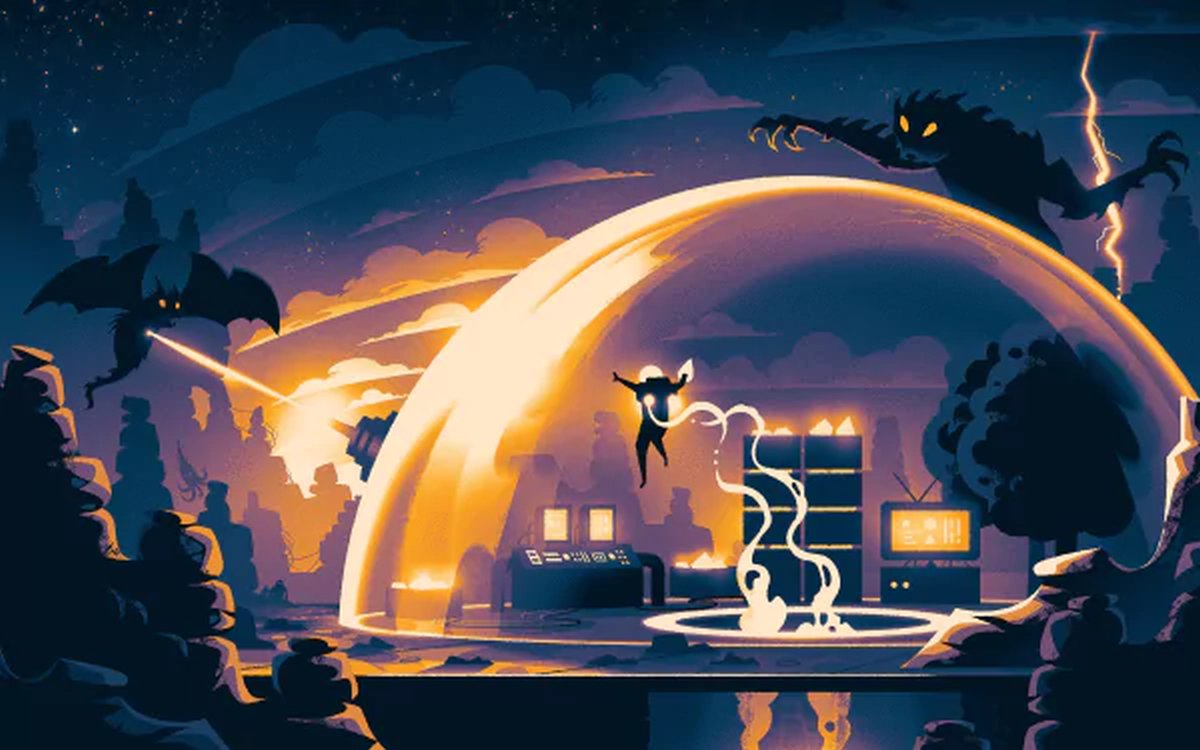 Dome Keeper starts off with access to only a few aspects in the game. You’ll have to grind and unlock multiple features of the game, which include Maps, Locations, and Gadgets among other things.

But, how do you unlock new things in Dome Keeper? While some of those are easy and random, others will require the fulfillment of a specific objective.

How to Unlock New Things in Dome Keeper?

You’ll be able to unlock new features in the game once you successfully complete a run and save the Dome.

After each successful run, you’ll be able to unlock only one item from two options given by the game. Furthermore, there will be a few aspects that will be unlocked automatically without you having to choose.

When you fail to save your dome, however, you’ll only be allowed to carry an additional gadget ONLY for the next run.

There isn’t any list of these unlockable items provided by the devs; so, just like you, we’re also grinding and exploring in the Dome Keeper universe to constantly unlock and upgrade newer features in the game.

If it’s not offered after the first time you successfully save your Dome, you’ll definitely get it the next time!

Up until now, there’s only one Dome that can be unlocked. The devs are working on adding more Domes in the future.

Similar to the case of the Sword Dome, the Repellent gadget is also offered to you randomly at the end of a successful game. You shouldn’t have to wait for more than three games to receive this gadget as one of the unlockable options.

Orchid is the second primary gadget available in the game.

In order to unlock Orchid, you’ll need to properly attain victory using the Repellent gadget. You may choose any Dome and difficulty as you like, but just make sure your primary gadget is the Repellent.

As you win more and more games in the Relic Hunt mode, you’ll get newer upgrades for the primary gadget that you employed for a particular game.

This Projectile Shield will be an added attribute to the Shield, strengthening the gadget and boosting your defense. You can implement and make use of this starting from the next time you use Shield as your battle gadget.

The same applies to the other two primary gadgets.

The Repellent gadget has upgrades like the Wither and Paralysis, which help to weaken the enemies.

There are multiple upgrades that you can make for each of the primary battle gadgets. The more games you win with a certain battle gadget, the further you can upgrade them and boost their stats.

If you want to upgrade the stats of a certain gadget, make sure you’re using exactly that particular battle gadget.

Prestige is the only other game mode in Dome Keeper so far, besides Relic Hunt. This mode focuses on scoring points more than saving the Dome, and also involves a world leaderboard.

The Prestige game mode is unlocked randomly, just like the Sword Dome and Repellent gadget. You need to win games in Relic Hunt mode, in any given difficulty, and if luck’s on your side, you should be able to unlock it in no time!

The Fixed Cobalt is a variant of the Prestige game mode. It adds a greater challenge to your gameplay by providing a limited amount of Cobalt at the start of the game.

There are various features in the game that are automatically unlocked as long as you save your dome and win the game.

When you finish a game successfully, you can see the items you’ve unlocked on the bottom of the “YOUR DOME IS SAVED” window.

You won’t have to choose between any options; you’ll have access to these the next time you’re about to start a run.

There are three modifiers in the game right now – Quick & Feeble, Long Cycles, and Maze. These modifiers tweak small aspects of a certain run and each of these come with both pros and cons.

The Modifiers are automatically unlocked when you unlock the Prestige game mode.

There are two map-size upgrades that you can make.

You’ll start off with a cat as your pet, and with further wins, you’ll be rewarded a new, random pet. As of now, you can have up to 3 pets in the game. You can only choose one for a run.

You’ll notice that New Worlds are also unlocked as you win more games. The Worlds open randomly, however, there are distinct and noticeable differences between them along with different enemies. I’ve discovered up to 3 different worlds so far!

One of the other features that are added automatically is the Difficulty. A new, higher difficulty is added after winning a game once or twice in the Brutal difficulty mode and it’s called “You asked for it”.

These are all the unlockable things in Dome Keeper right now. Since it’s a new game, the developers are working hard in improving the user experience while also adding new elements to the game.

There will definitely be more unlockable items and better upgrades that the devs will be adding soon enough in the upcoming updates of the game. So, keep on grinding, protecting your Dome, and racking up those high scores in Prestige mode!