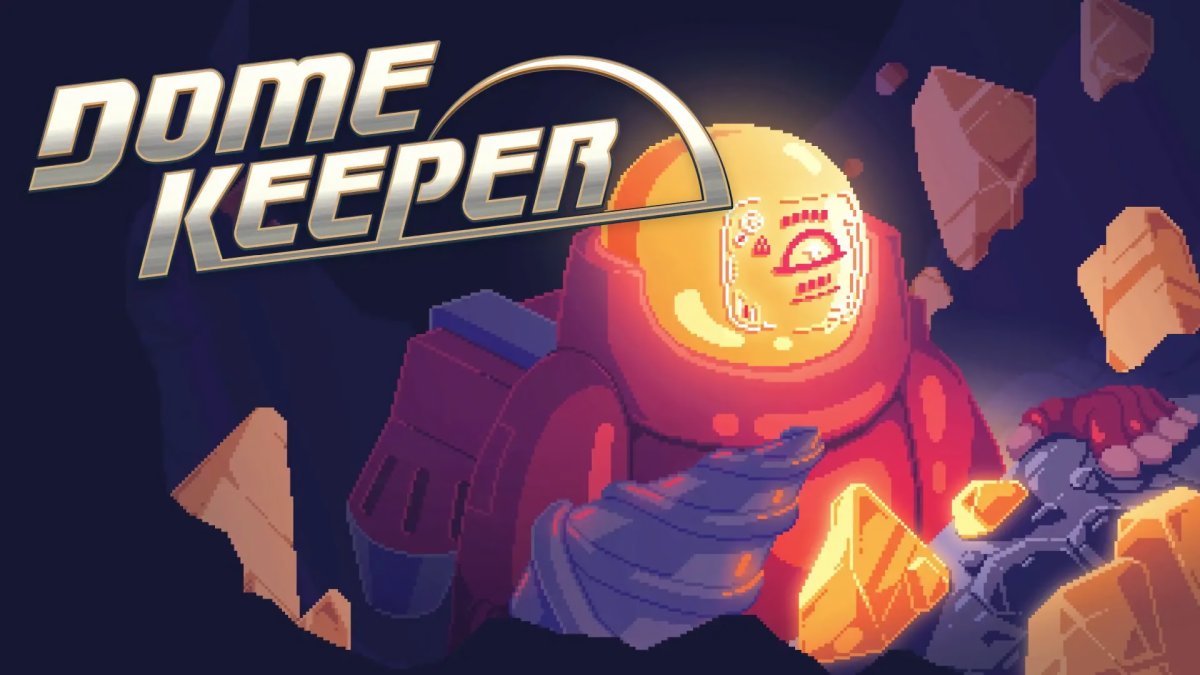 The Dome Keeper falls under the category of Roguelike and can incite great excitement as you try to protect your dome from the aliens.

As the wave of aliens get stronger, you’ll also need proper resources and attributes to prevent your dome from being taken down.

If you’re struggling to figure out which pathway to take when it comes to the upgrade routes, you’re in the perfect place! I’ll help you decide on the best upgrades to get in Dome Keeper to make it easier for you to protect your dome and come out on top!

Dome Keeper: Best Upgrades to Get

The ultimate objective of the Relic Hunt mode (the only unlocked mode) of Dome Keeper is to mine your way through the underground passage and find the relic, but at the same time, defend your dome and kill off the waves of aliens.

So, keeping that mind, I’ll be listing, from my point of view, the most efficient upgrades that you should opt for.

The upgrades are stated in regards to the Laser Dome. However, you can apply similar strategy and pathway for the Sword Dome, once you unlock it!

Undoubtedly, the best upgrade to start your adventure with is the Drill Strength upgrade.

The number of strikes you’ll require to dig and mine further increases with the depth of your position. Furthermore, the further you go horizontally, it takes a greater number of strikes and a longer time to actually dig through.

The first upgrade on Drill Strength for only 4 Iron can be extremely useful to counter this feature of the game.

Increasing Drill Strength will speed up the digging and mining process and let you break the barrier with lesser number of strikes.

I’d also advise you to go for the second upgrade of Drill Strength after you’ve gone through the other primary upgrades.

It can be quite difficult to keep track of when the wave of aliens start attacking your Dome. If you’ve dug deep down, there’s no way to tell if your Dome is being attacked.

This is where the Hostile Proximity Meter comes in. Obtainable for only 2 Iron, this upgrade will let you keep track of the time left for the next Alien attack.

Not only will it help you to manage your time better as you mine for resources, you can also make it back to your Dome just in time to eliminate the incoming Alien attack.

The Power upgrade refers the damage caused by your Laser. As the number of aliens increase with each wave, you’ll struggle to kill them off without conceding considerable damage on your dome.

Therefore, increasing the power or strength of your weapon, be it Laser or Sword, will definitely make it easier to take the aliens out without having to lose much of your Dome’s health. The 6 Iron required for this upgrade will be worth it.

Before upgrading the gadget, you’ll first need to choose the perfect gadget. Initially, you can only start off with the Shield gadget. You may also choose the Repellent or Orchard gadget once you unlock them.

But, let’s take a look at the additional gadgets that you’ll come across in-game.

Which Gadget should you choose in Dome Keeper?

As you dig deeper, you’ll inevitably come across the Gadget Upgrade, which will offer you a choice between two Gadgets and a third option that involves destroying the gadget for some additional Cobalt.

The best Gadget in the game so far is the Lift gadget. It’s simply overpowered and none of the others come remotely close to it.

As the name suggests, the Gadget works like a lift, taking the resources that you mine back to the dome on its own, without you having to carry them back manually.

Since the gadgets you’re offered are randomized, you’ll need some luck on your side to get the Lift.

In case you don’t find the Lift gadget, the next best options for you can be the Blast Mining gadget. This will save you loads of digging time with its detonation features.

Next up, the Probe can also be quite useful and is third on my gadgets tier list in Dome Keeper. This gadget can make mining much more efficient since it has the ability to locate and identify the resources around you.

The Shield gadget is also a good shout if you’re looking for more of a defensive boost to your Dome.

NOTE: I will strongly advise you to not use “Shred to Cobalt” for the Gadget upgrades. All these gadgets will help you in some way or the other and getting rid of them for only 2 Cobalt is not worth it at all! Cobalt can be mined, anyway!

Now that you have a brief idea about the best gadgets in Dome Keeper, upgrading the gadget should be one of the top priorities.

The first upgrade of your gadgets shouldn’t take up much Iron, but it will need Cobalt. Upgrading the gadgets will improve their attributes even more and help you mine resources efficiently.

Whether you’ve upgraded the Lift or the Drillbert, it should last for a few waves of Alien attacks and in the meantime, you can work on the other upgrades involving the weapon and Dome.

The Health Meter upgrade, found in the same section as the Hostile Proximity Meter, is the next best upgrade on my list.

This upgrade shows the Dome’s Health Bar on the bottom of the screen, which can be pivotal in helping you decide when to increase the health of the dome.

Unlocking this upgrade opens the pathway to two different healing options for the Dome as well. The healing options can be used, in the expense of Cobalt or Iron, to increase the health of the Dome partially or completely.

The Move Speed upgrade is for the weapon, and it goes without saying that, this upgrade will increase the speed at which your weapon moves. The Power upgrade for the weapon will sort of reduce the mobility of the weapon.

This upgrade can counteract the limitation and enhance the speed of the weapon, allowing to swiftly move it around the Dome and kill off enemies.

The next upgrades that you should opt for will depend a lot on the Gadget(s) that you’ve employed.

Increasing the capacity of your jetpack or the speed with which you can travel using the jetpack won’t be essential upgrades if your gadget is the Lift.

The Lift will automatically carry out most of your work in moving resources, rendering these upgrades not as useful as let’s say, boosting the power of your weapon.

However, you can still consider upgrading the speed at which your character travels, as it’ll help you get back to the Dome faster in case you dig too deep.

On the other hand, if you’ve employed the Shield gadget, the Dome will have strong defensive attributes anyway and spending Iron on Dome Strength Upgrades won’t be as necessary.

Obviously, I’m not asking you to completely ignore these upgrades. In my opinion, if your Gadget is doing the work of certain upgrades, those specific upgrades should be lower down the priority list and you can spend your resources elsewhere.

Furthermore, the additional levels of each upgrade will also depend on the state of the game you are in, such as the health of your dome, the mobility of your character and the wave of the alien attack you’re about to face.

I’d strongly suggest you to focus on further upgrades of the gadgets, and then the weapon and the dome. A good balance and combination of upgrades will eventually help you protect the Dome and fight off any Alien Attacks.

It’s important to be cost-efficient when you’re making these upgrades. Once you’ve carried out the primary upgrades mentioned above, making changes based on the Gadget that you own and the situation of the game is crucial.

Dome Keeper can be quite fun, especially when you’re running against time and trying to get back to your Dome in order to eliminate the enemies; it truly gets the adrenaline going!

If you need further recommendations on the upgrades that you should go for, feel free to leave a comment below!