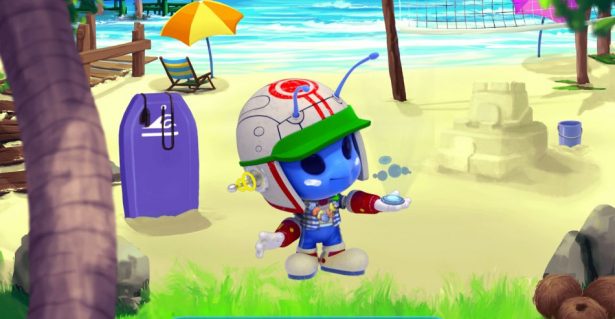 Before playing CodyCross on my mobile phone, last time I tried to solve crosswords was during a train ride. And they were in a paper magazine! Yes, I am that old!

But lately my friends started talking more and more about CodyCross, apparently the best ever app that’s all about crosswords. So I decided to try it and became instantly addicted to it. And decided to share all the CodyCross answers to the levels I’ve completed in order to help fellows out there who need some extra help.

Now, CodyCross has been out for a while and I know that starting from scratch is something few people do – but I still hope that there will be something useful from my posting of these answers. Maybe there are some lads out there like me who decide to give it a try and can’t put it down.

And in today’s article, we’ll start with the beginning: the CodyCross answers for the Planet Earth Stage, Group 1. We’re talking about a total of 5 puzzles which are relatively easy to solve. But if you have trouble with them, I’ve got you covered!

So here is the complete set of answers for CodyCross – Planet Earth, Group 1: 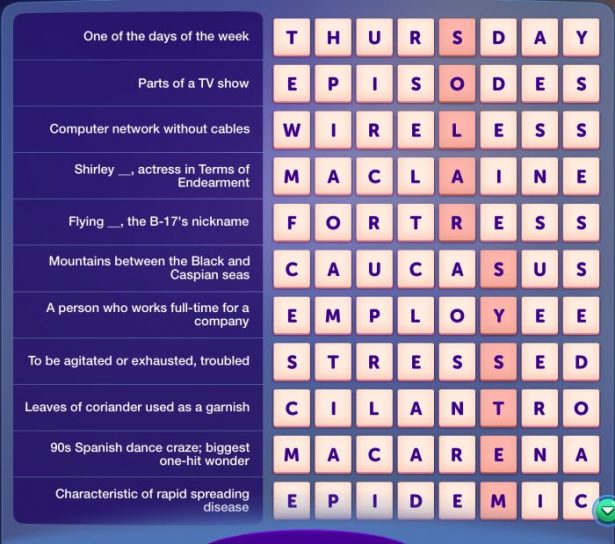 – One of the days of the week: thursday
– Parts of a TV Show: episodes
– Computer network without cables: wireless
– Shirley __, actress in terms of endearment: maclaine
– Flying __, the B-17’s nickname: fortress
– Mountains between the Black and Caspian seas: caucasus
– A person who works Full-time For A Company: employee
– To be agitated or exhausted, troubled: stressed
– Leaves of coriander used as a garnish: cilantro
– 90s Spanish dance craze; biggest one-hit wonder: macarena
– Characteristic of rapid spreading disease: epidemic 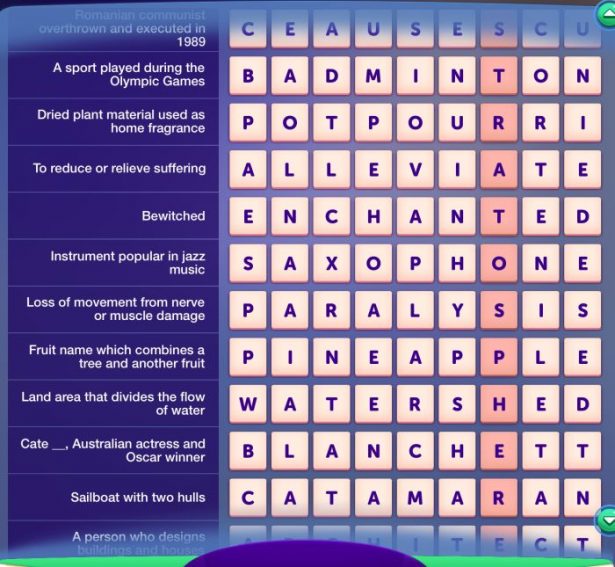 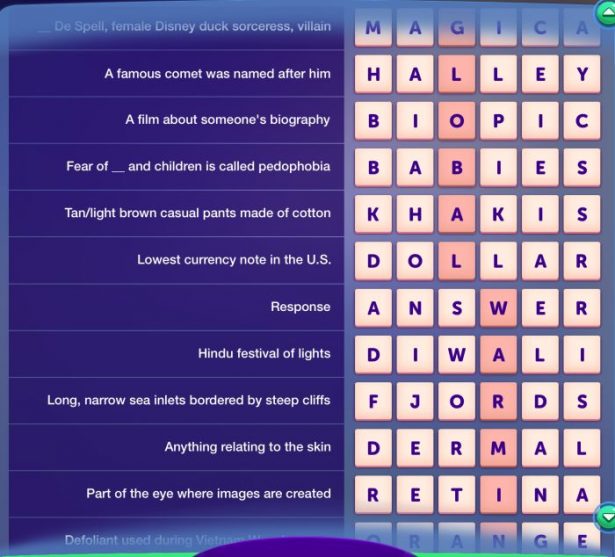 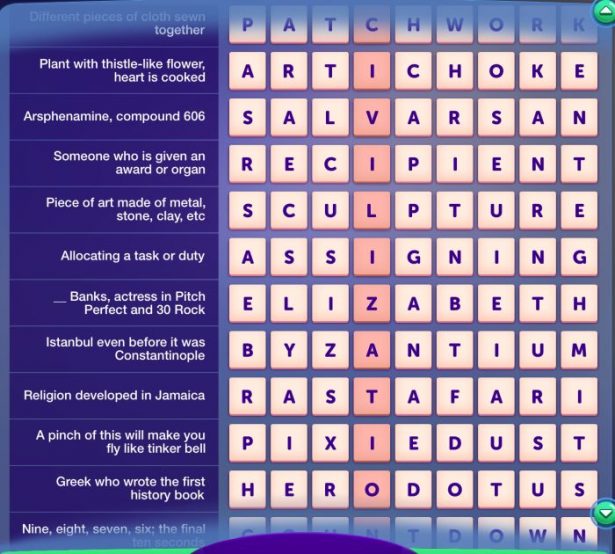 – Different pieces of cloth sewn together: patchwork
– Plant with thistle-like flower, heart is cooked: artichokes
– Arsphenamine, compound 606: Salvarsan
– Someone who is given an award or organ: recipient
– Piece of art made of metal, stone, clay etc: sculpture
– Allocating a task or duty: assigning
– __ Banks, actress in Pitch Perfect and 30 Rock: Elizabeth
– Istanbul even before it was Constantinople: Byzantium
– Religion developed in Jamaica: rastafari
– A pinch of this will make you fly like Tinker Bell: pixie Dust
– Greek who wrote the first history Book: Herodotus
– Nine, eight, seven, six; the final ten seconds: countdown
– Space where students are educated: classrom 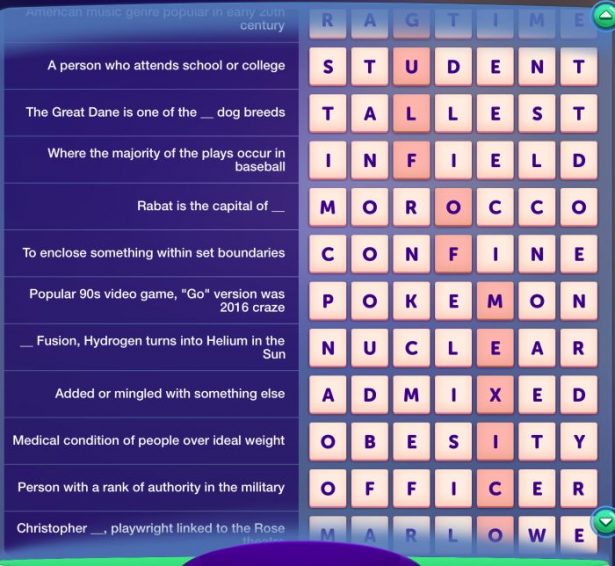 – American music genre popular in early 20th century: ragtime
– A person who attends school or college: student
– The Great Dane is one of the __ dog breeds: tallest
– Where the majority of plays occur in baseball: infield
– Rabat is the capital of __: Morocco
– To enclose something within set borders: confine
– Popular 90s video game, “Go” version was 2016 craze: Pokemon
– __ Fusion, Hydrogen turns into Helium in the Sun: nuclear
– Added or mingled with something else: admixed
– Medical condition of people over ideal weight: obesity
– Person with a rank of authority in the military: officer
– Christopher __, playwright linked to the Rose theatre: Marlowe

Whew! That was it! Started out extremely easy and ended up being quite difficult, right? Well, hopefully this complete solution to the first stage was useful to you folks. And since I’m playing this game like a maniac, I’ll sure come back with more answers, so stay tuned!