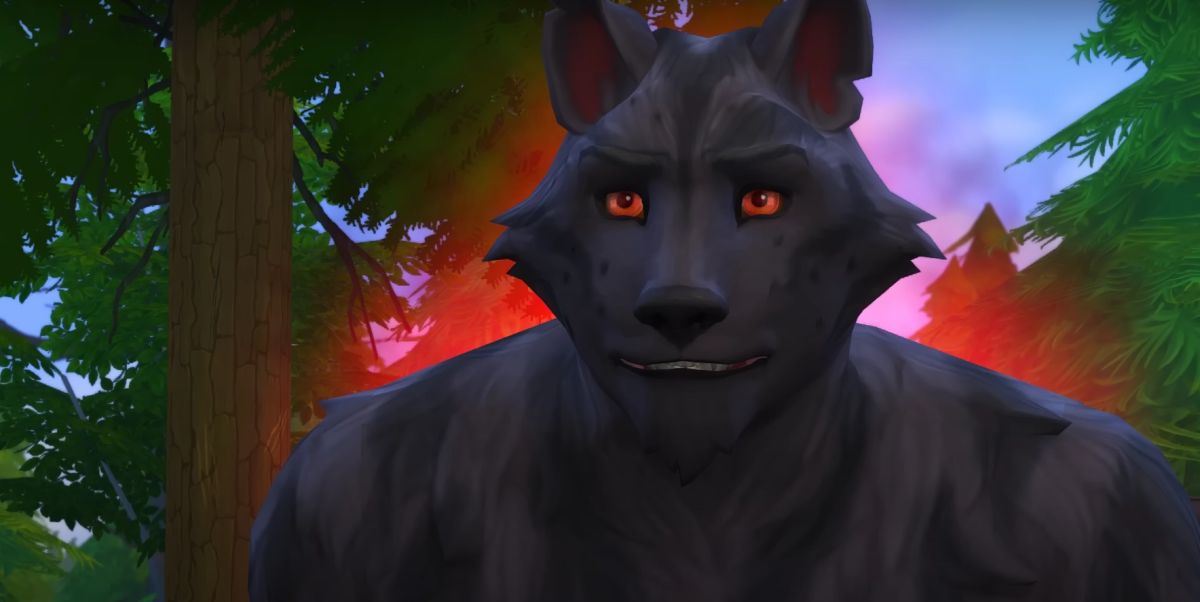 One of the main werewolves in the Sims 4 is the lone wolf Greg. He was introduced in the newest game expansion and today I am here to tell you everything you need to know about him.

This means that we’ll learn who is Greg the Werewolf in The Sims 4, where to find him, what is Greg’s human form, what’s Greg’s gift and much more.

Before we get started, if you want to rush the “becoming a werewolf in Sims 4” process, you can use the cheat codes I have shared in the previous article.

Now, let’s start getting to know Greg better and answer some questions about this angry, lone wolf.

Who is Greg in The Sims 4 and where to find him?

Greg is a brand new character in Sims 4, introduced by the Werewolves expansion pack. He is a werewolf himself, but also has a human form which is a bit more difficult to see.

You can find Greg in Moonwood Mill. He lives in a trailer that’s easy to spot, in the Western side of Moonwood Mill, in the woods under the lake.

When you get there, you will see all the warning signs around his home. Yes, he’s not the friendliest or safest character to be around – especially when it’s a full moon, but it’s worth it.

He can occasionally wander outside of Moonwood Mill, but since he’s a lone wolf, he’s usually hanging around his trailer.

According to the in-game lore, Greg is one of the original Mooncasters in The Sims 4 and a founding member of the Moonwood Collective Pack.

He was married to Avelina, who helped him better understand the werewolf traits, but he wasn’t able to contain his fury. Therefore, Greg is always mad and can get you into a foul mood too.

What are Greg’s Traits and Abilities?

You can still befriend Greg in the Sims 4 if you want to. We’ll talk more about this later on, but until then, let’s check out Greg’s traits and abilities, since this helps you understand his character better.

Let’s start by checking out Greg’s personality traits below:

What makes him unique and really interesting, though, are his abilities. Here they are:

Based on these alone, you can see that Greg is indeed a really interesting character in The Sims 4. If you want to befriend him or ignore him – that’s definitely your choice only, but at least now you know what you’re getting into.

What is Greg’s Human form in The Sims 4?

It’s difficult to see Greg in his human form, but here it is in the photo above (you can access it if you make Greg part of your family – more on this below).

As you can see, Greg’s human form instantly makes you think about werewolves. He always wears a classy suit, white gloves and an old school Fedora.

Plus, his facial features and especially the beard make you think about a werewolf instantly. But he does look good and not really what I initially had in mind when seeing where he lives and his werewolf form.

What is Greg’s Gift in The Sims 4?

Greg’s Gift in Sims 4 is called the Cursed Bite. This basically means that you will be bitten and will turn into a werewolf too. You’ll get that red glow that Greg has as well as the Angry moodlet.

In other to get Greg’s gift, you will have to visit his trailer in Moonwood Mill and walk around his place. Don’t try to interact with him yet – or Provoke him if you do.

He will detect your present, start a fight with you and then bite you. This is his “gift”.

Can you start a family and have kids with Greg in The Sims 4?

Yes, you can befriend Greg (eventually) and even start a family with him. This means that you can also have kids with Greg and they will automatically be werewolves when born – and have all sorts of nice physical features as well as personality traits.

It won’t be easy to become friends with Greg in The Sims 4, though. And it will be even more difficult to get to the point where you can invite him into your family.

He’s a lone wolf with a crazy personality (as you saw above), but if you put in a little work, you can get things done. Just interact with him and be patient: it will eventually happen.

How to become friends with Greg in The Sims 4

The easiest way to meet him is to go to his trailer in Moonwood Mill. Make sure that your Sim is in a good shape, as they will get Scared when around Greg.

The best approach would be to get as close to him as possible, until the “Cry Greg” interaction becomes available. Other options include “Attempt to communicate” or “Attempt to distract” but never Provoke him or do anything similar.

Building trust with Greg is really time consuming, so you will have to be very patient. Keep doing this, performing positive-type interactions and eventually you will become friends with him.

Later on, as you build up trust and your general relationship with this character, you can invite him into your family as you would with any other Sim and even have kids with Greg.

Greg is a really interesting character in The Sims 4, and even though it’s not easy to interact with him or even accept him for many types of playthroughs, he’s a real fun addition to the game.

Hopefully you know everything you needed to know about Greg the Werewolf, but if you still have questions or additional comments, don’t hesitate to let us all know.