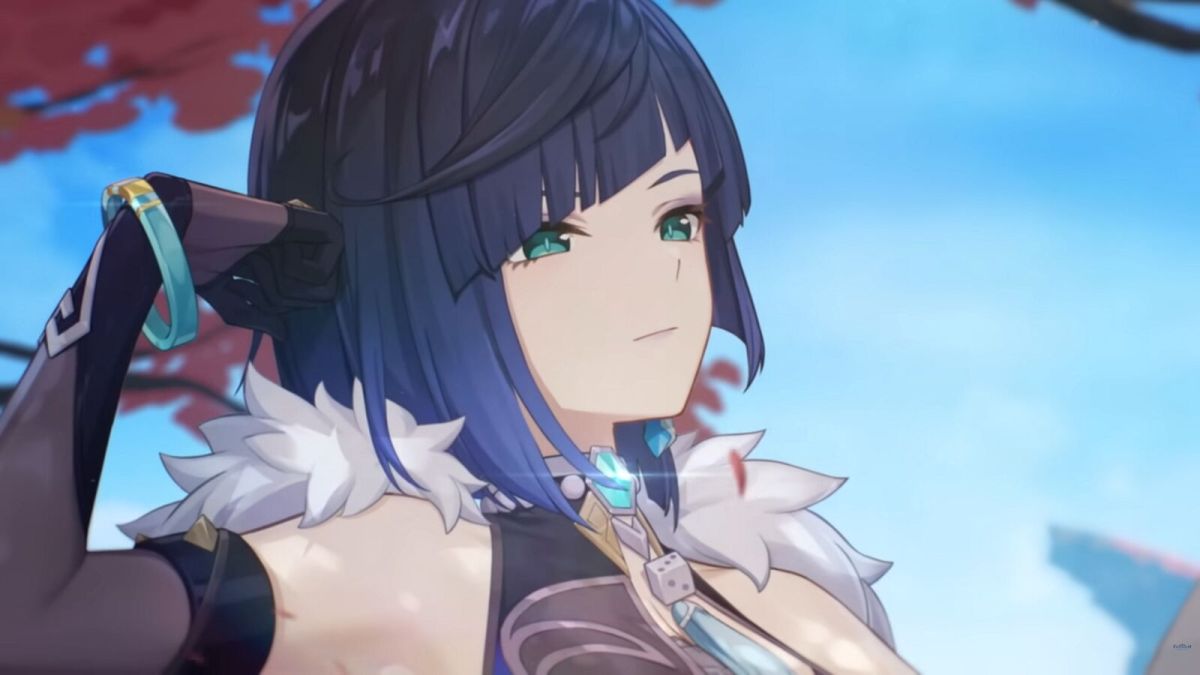 The mysterious Hydro character launched in the 2.7 patch update of Genshin Impact, Yelan is a unique and exciting Sub-DPS character to play with.

The primary weapon of Yelan is the bow; but, do you know, which weapon is the best bow for Yelan in Genshin Impact?

Considering the key stats of each bow along with how well they blend with Yelan’s abilities and playstyle, I’ve prepared a list of the best bows for Yelan that will help you ace the Ruin Serpent in Genshin Impact.

I know the Recurve Bow is a three-star weapon and doesn’t have the most impressive DMG stats either. But, hear me out!

The Recurve Bow has an impressive feature of providing HP as well as restoring HP with the elimination of an enemy using the bow. Isn’t that amazing for Sub-DPS characters?

The bow can provide secondary HP to Yelan from a minimum of 10.2% to 46.9% at maximum ascension. Furthermore, 8% HP is restored as well with each enemy eliminated with the bow.

Yelan will ultimately live much longer and aid the allies in the elemental reactions.

This bow can definitely be a game-changer for Yelan, and I think you should consider it.

Ideal for the Elemental Reactions offered by Yelan, the Stringless is a four-star bow amazing for Sub-DPS and Support characters.

The Stringless offers good DMG for base attacks but the true attraction is the Elemental Mastery in its Secondary stats.

Combining your attacks with Zhongli or Tighnari can lead to great results as the Elemental Reactions will inflict much higher damage on the enemy.

Moreover, the passive of the Stringless bow involves raising the Elemental Skill and Burst damage from 24% to as high as 48% (as of update 3.0), depending on the Refinement Rank of the weapon.

This boosts the Stringless even more as the best four-star bow for Yelan and definitely stands out for me, given her role and playstyle. However, it does need to be obtained through Wish, which requires some luck.

Polar Star is a five-star weapon that needs to be obtained through the Weapon Event Wishes.

It comes with mind-boggling stats and is mainly chosen as one of the perfect weapons for Yelan because of its ability to improve her CRIT rate.

With better base ATK levels than the previous two bows, the Polar Star can provide as much as 33.1% CRIT rate at max ascension.

The increase in CRIT rate helps Yelan deal much more damage on each hit and raises the probability of each being a critical hit.

Furthermore, just like the Stringless bow, Polar Star provides gains in Elemental Skill and Elemental Burst DMG too, although not as much.

In R1, the Elemental Skill increases by 12%. But, it doesn’t end here!

The ATK damage significantly increases when stacks of Ashen Nightstar is equipped – four stacks leads to an increase of 48% in ATK DMG.

The Polar Star is an excellent bow to own and if you’ve obtained it, I’m confident that it can provide a satisfying experience for you.

Elegy for the End

Unlike the case for Childe, Elegy for the End is an absolute beast when it comes to Yelan. The five-star weapon can also be obtained like the Polar Star.

Elegy for the End has one of the highest damages inflicted through normal attacks. It can deal up to 608 ATK at level 90.

The Energy Recharge feature that comes with this weapon provides a rich increase in energy levels and ultimately aid in the Elemental reactions.

This bow betters the Elemental Skills of Yelan as well, and to make it even better, the Elemental Mastery of the allies are enhanced as well.

While Elegy for the End raises the Elemental Mastery of Yelan by 60, it provides a Sigil of Remembrance when it the enemy is hit with an Elemental Skill or Burst.

Elegy for the End doesn’t disappoint at all as a five-star bow; the stats and passive are just too good to be true!

Known as the signature weapon for Yelan, the Aqua Simulacra is one of a kind!

While the base ATK of this five-star bow is slightly lesser than the previous five-star weapons, the passive of Aqua Simulacra is what makes it so appealing for Yelan.

In addition to that, the damage inflicted by the wielder increases up to 40% at max refinement. This feature still works for Yelan when she’s off-field and that’s what makes it so convenient for a top tier Sub-DPS character like her.

The Aqua Simulacra also has the ability to unnaturally increase the CRIT damage for Yelan. With an ability to give 88.2% CRIT damage at level 90, Yelan will rack up her damage levels like it’s a piece of cake!

Released in the same 2.7 patch update as the character, the Aqua Simulacra is undoubtedly the best bow for Yelan in Genshin Impact.

Yelan is definitely up there with the best female characters in the game, but to unlock her true potential, she needs to have the best build, which requires the best weapon!

From the long list of bows available in the game, I personally think the bows mentioned above are the top 5 bows for Yelan in Genshin Impact based on various aspects such as the stats, the availability (especially for F2P players) and of course, how well the bow will complement the combat style of Yelan.

Do you agree with me? Do you think there’s another bow that can be a perfect fit for Yelan? Let me know in the comments below!