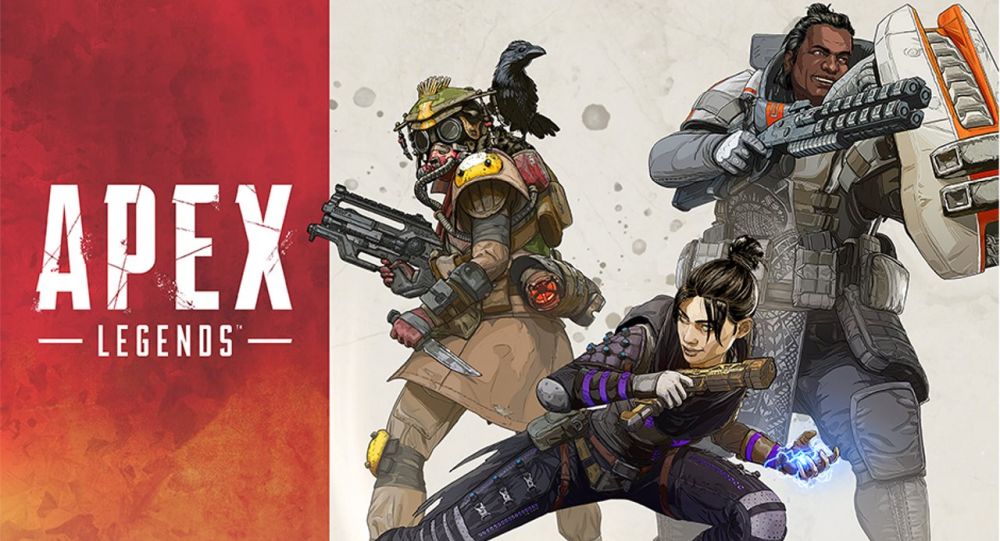 Apex Legends is a beautiful team-based battle royale game that EA masterfully delivered together with Respawn. It also comes with some unique concepts compared to other similar games, and one of them is the introduction of character classes. And we’re going to talk about the best characters / classes in Apex Legends in today’s article.

We will actually share our own Tier List, ranking the classes from the worst to the best. You won’t always get the chance to pick the best class (or the one that suits you best), but at least you will have a few other solid options. And now you will know which these are.

So let’s not waste a single second since there are many battles waiting to be won! Instead, let’s check out below which are the best characters in Apex Legends to play as. Here is the Tier List: 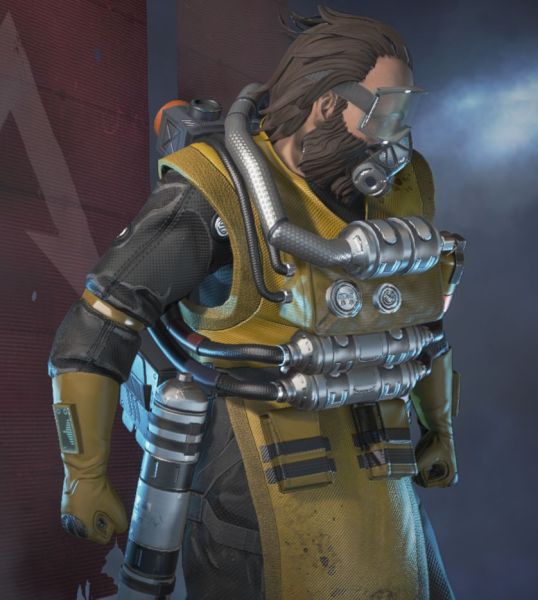 Skills:
Nox Vision (passive): You get threat vision when enemies move through your gas
Nox Gas Trap: Place up to 6 gas canisters that release Nox Gas when triggered (by enemies or shot at)
Nox Gas Grenade (Ultimate): Blanket a large area in Nox Gas

You’d think that a character that must be unlocked with a ton of credits would be anything BUT the worst possible class in the game, but here is Caustic who’s pretty much useless.

The thing with him is that all his skills, including the Ultimate, revolve around his Nox Gas. Which, in theory, is a good thing: it takes enemies out and warns you when enemies pass through the area.

The biggest problem, though? This requires a lot of planning and passive play (aka camping). Having in mind that the play field also shrinks constantly, this makes it even more difficult for Caustic’s skills to actually make a difference.

This does change a bit in late game situations, if you manage to make it to those stages, where the Nox Gas Trap and the Gas Grenade can really make a difference, but there are still better and more fun characters to play than him. 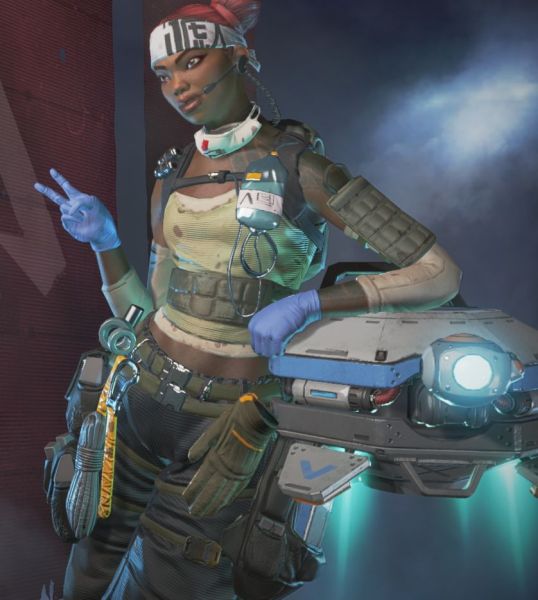 Yes, it is true that she is perfect as a support character and she might work out better if you play with your friends and everybody has a specific role – and you stay together, for crying out loud! If you play alone, the random matches can make Lifeline completely useless due to their way of playing the game.

The Ultimate skill is pretty useless too: the defense gear comes a bit too late in my opinion and there are much better things to have as ultimate skills to change the fate of the game. The care package is not one of them. 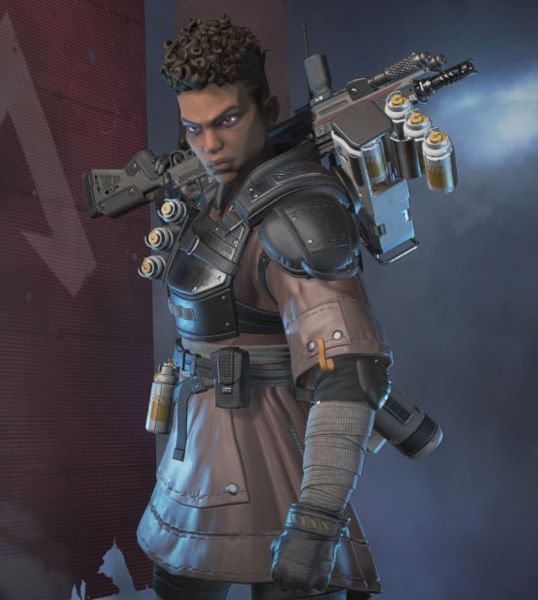 Double Time: If you take fire when sprinting, you move faster
Smoke Launcher: Fire a smoke canister that explodes into a smoke wall upon impact
Rolling Thunder (Ultimate): Call in an artillery strike that slowly creeps across the landscape

For some reason, I thought that Bangalore is a really great character to play as and as a result I did play a lot as her early on. But the truth is that she’s not that spectacular, even though I wouldn’t really call her bad either. There are just better choices out there.

Her passive is pretty much useless since 90% of the time you’re being shot at you won’t be sprinting, but firing back or hiding behind cover. The smoke canister is good in specific situations and it can save your team’s life, while the Ultimate skill is good, but it can be a hit or a miss (usually the latter, unless you’re dealing with stationary enemies).

Overall, playing Bangalore is not that bad, but there are also much better options to choose from in my opinion and much better boosts to take advantage of. 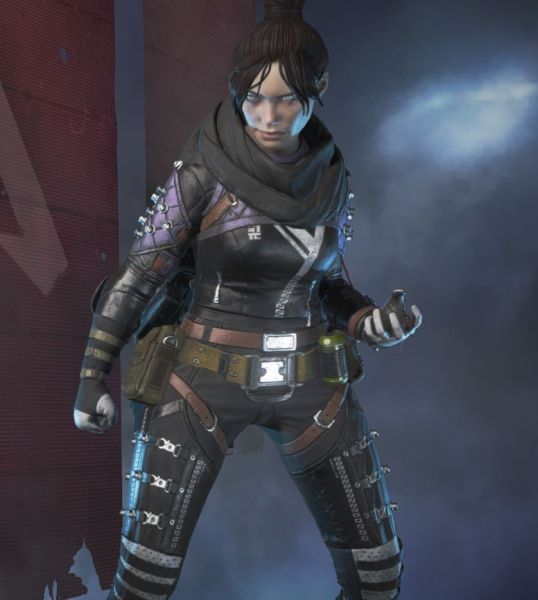 Voices from the Void (Passive): You hear a voice when danger approaches.
Into the Void: Reposition quickly through the safety of the void, taking no damage in the mean time
Dimensional Rift (Ultimate): Link 2 locations with portals for 60 seconds

I’ve seen a lot of love for Wraith, but the truth is that I never was able to really play as her or get anything good done with this character. Plus, she’s creepy like hell!

The biggest problem I have is with her Ultimate: linking two portals and being able to teleport sounds amazing in theory, giving you the opportunity to really take the enemy by surprise. But in reality, things will never work out like that and, just like in Caustic’s case, it takes a lot of planning and even more luck to actually make this work.

The first two abilities are good, though and her tactical is one of my favorite in the game since taking no damage is a massive bonus if you have where to run to, but overall she’s just there at the middle: not the best, not the worst. 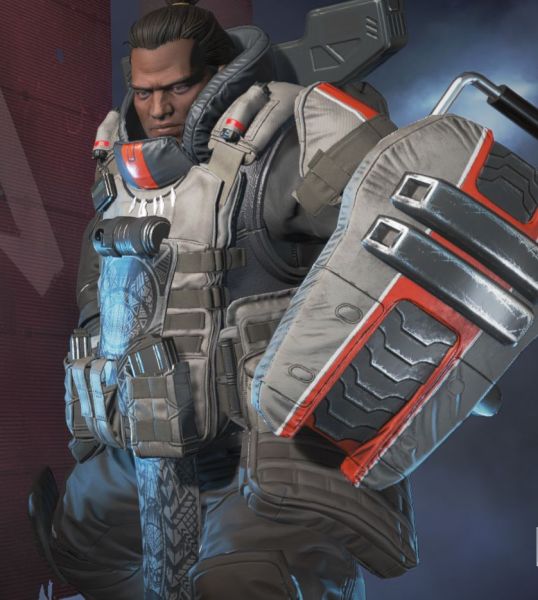 Gun Shield (Passive): Aiming down sights a gun shield that blocks incoming fire
Dome of Protection: Create a surrounding dome that shields all incoming fire for 15 seconds (works for the entire team)
Defensive Bombardment (Ultimate): Call in a concentrated mortar strike on a position you mark with smoke

Now, this guy is really good and although there are some improvements he could benefit from, he’s much better than other characters in the game.

He’s a better support, in my opinion, than Lifeline thanks to his shield. Again, this needs a team of people who stick together and only works in certain circumstances (also if you’re all by yourself), but overall it works well. The passive doesn’t really help a lot long term though since you have to be aiming down when in a fight. If there’s no teammate to get the shooting done, you’re toast!

The biggest downside of Gibraltar is that he’s so extremely slow. Speed is very important in a game like Apex Legends and he is lacking it – and this is why he’s not placed higher on our list. But overall, surprisingly good! 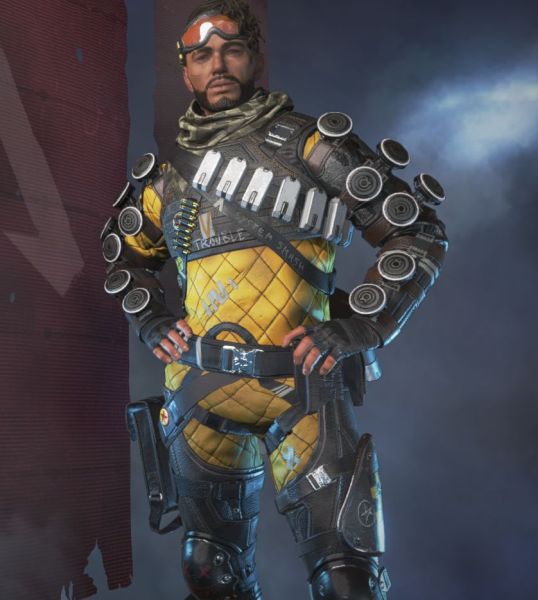 Encore! (passive): Automatically drop a decoy and cloak for 5 seconds when knocked down
Psyche Out: Send out a holographic decoy to confuse an enemy
Vanishing Act (Ultimate): Mirage deploys a team of decoys to distract enemies while he cloaks

The second character you can unlock in the game (and the first you should unlock). The thing is that all the clones are working flawlessly right now, giving you the ultimate advantage in the game.

Things might change later on when people will probably be able to see who’s the clone and who’s not, but right now all his skills are absolutely amazing and you’ll have a blast playing as Mirage. 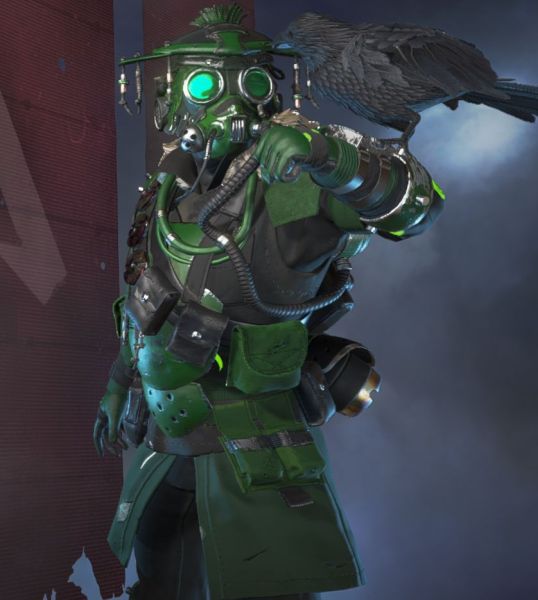 Tracker (passive): Foes leave behind clues for you to find
Eye of the Allfather: Briefly reveal all enemies, traps and clues through all structures in front of you
Beast of the Hunt (Ultimate): Transform into the ultimate hunter, moving faster and seeing cold tracks

He’s one of the most underrated characters in the game in my opinion. He has amazing skills that make one of the most important elements of the game a lot easier: knowing where the enemies are.

His tactical skill is what really makes him so useful, generally from the mid-game to late game stages, when the players are crammed a bit more. Either way, whenever you know where the enemy is before they know where you are is a huge advantage. And Bloodhoud has that.

The Ultimate is a bit disappointing and a bit of a solitary game (or it requires communication with teammates), but it’s still good. Overall, you’ll have a great time playing Bloodhound right now. 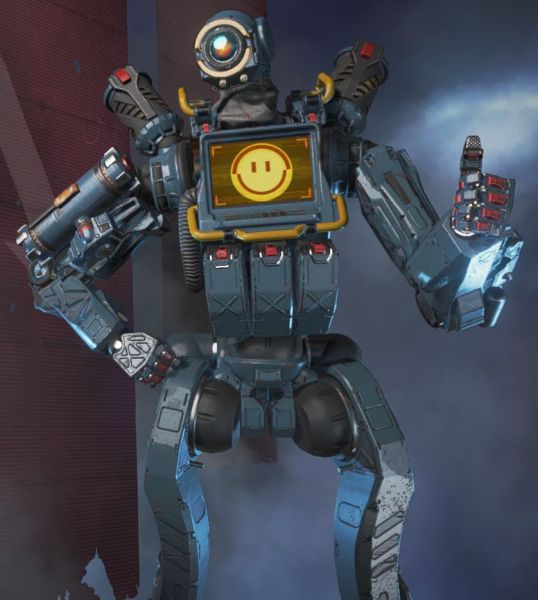 Insider Knowledge (passive): Scan a survey beacon to reveal the ring’s next location
Grappling Hook: Grapple to get to out of reach places
Zipline Gun (Ultimate): Creates a zipline for everyone to use

This character is overpowered at the moment, in my opinion. And you can take advantage of his skills, to always end up on the winning team – especially if your teammates know what they’re playing and doing.

You get a huge advantage from his passive skill which tells you where the next ring will be. In turn, this means that you and your team can move to a perfect camping spot in the area and prepare for the incoming enemies.

Combine that with the fact that you can use a grappling hook to get to areas that other players can’t normally get to, then build a zipline for your teammates to get there and wait for the enemies to come… and you have a perfect character.

I am pretty sure that because of his strengths, he will soon be nerfed, but until that happens, he’s the best choice out there, great even if your teammates are not great at team play!

Since every character can equip the same items, it’s their abilities which makes them stronger or weaker than others. While your skill level will definitely influence how things go on the battlefield and they matter the most, some of these characters give you more bonuses than others.

Of course, play style is important when deciding which character is the best for you, so do try them all – but maybe in the order that I have recommended. And if you think that the rankings should be different, let me know in the comment section below.