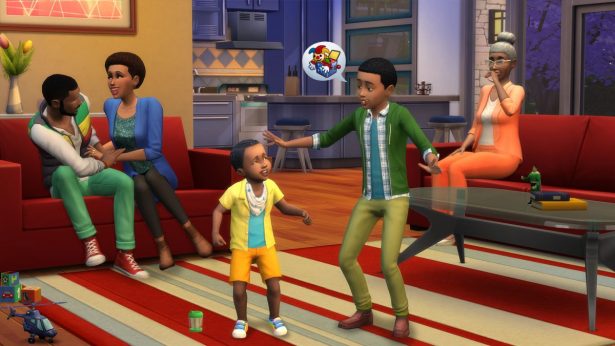 Although not as widely played as the Shooter and Role Playing Games (RPGs) gaming genres, Simulation games are progressing on a steady trajectory. The pace of the latter category is slower, requiring players to assume a role and incorporate all the trials that come with it in a real-life manner.

The social distancing norms and more time spent at home since the onset of the pandemic have proved to be a blessing in disguise for the gaming industry across the world.

For instance, South Africa has gained the largest market share in the African Gaming Industry with huge growth potential. The demand for simulation-based online casino gaming is growing at a rapid pace.

Players can now enjoy the most popular casino games such as online free slots, online poker, video poker, and even live dealer casinos games. The site has compiled a list of online casinos with top game selection, handpicked by experts after countless hours of research.

We have compiled an irresistible list of immersive simulation titles for your gaming pleasure.

This simulator was released in the same period soon after EA’s failed attempt at the reboot of SimCity. Unlike SimCity, Cities did not require an active internet connection to enjoy the gameplay. The overall gaming experience was well-received by gamers across the globe.

The heart of the game involves a two-kilometer area where players can build roads, construction buildings, and zoning areas. As they keep expanding the city, players are given access to buy more plots and expand the metropolis.

The developer, Paradox, has elevated the gaming missions by adding a bunch of DLCs. Build stadiums, casinos, concert auditoriums, and plenty more to your heart’s choice.

The simulation genre remains incomplete without the mention of The Sims. This widely played game puts you in charge of a person’s role and not the usual control of a city or a park. Players can build their homes, friends, and their overall life in a completely personalized manner.

It’s an overall casual gaming experience and happens to be an ideal choice to relax and experiment to satisfy your creative side. Sims 4 is a massive game with hours of creative fun in store for the hardcore simulation gaming fan.

This is an underrated simulation experience where players can pour hundreds of hours into each version of Football Manager released on an annual basis. In addition to seeing games being played out, players can new ones, retire the senior guys, create gaming tactics, and engage in transfer negotiations.

In short, you are like the lord of the footballing world in this Football Manager title with the control to perform almost all key managerial decisions.

For all the computer repairing enthusiasts, this is the ideal simulation pick for you. In the main story, you assume the role of a PC repair person. The tasks involve receiving emails from clients to fix their PCs. The requests could vary from storage upgrades, adding more powerful hardware, and so on.

You wait for the ordered parts to arrive, make the changes, and finally collect your cash. The Career mode is made extra fun with the ability to assemble licensed PC components such as those from Cooler Master, AMD, MSI, Gigabyte, among others.

We do get that the experience cannot be compared to fixing an actual PC, but PC Building Simulator does give some in-depth insights for novices getting into the computer repairing line of work.

Some of the best-selling Simulator games in the market are those where players get to manage farms. In this title, players manage farms and get actively involved in growing crops, breeding livestock, and selling your yield. The main objective is to grow your farmland from the basic version which you receive at the beginning.

There is a time component for missions, which means you need to complete them within the stipulated amount of time. Farming Simulator 20 also comes with a multiplayer mode like its predecessors from version 14.

In this mode, farmers can work in tandem and maximize the outcomes. The accessibility levels are not as much compared to a Stardew Valley or Harvest Moon; however, this title gives the gamers plenty of content to go all-immersive.

With the growing interest in Simulators, this niche segment of gaming has immense potential in the times to come.