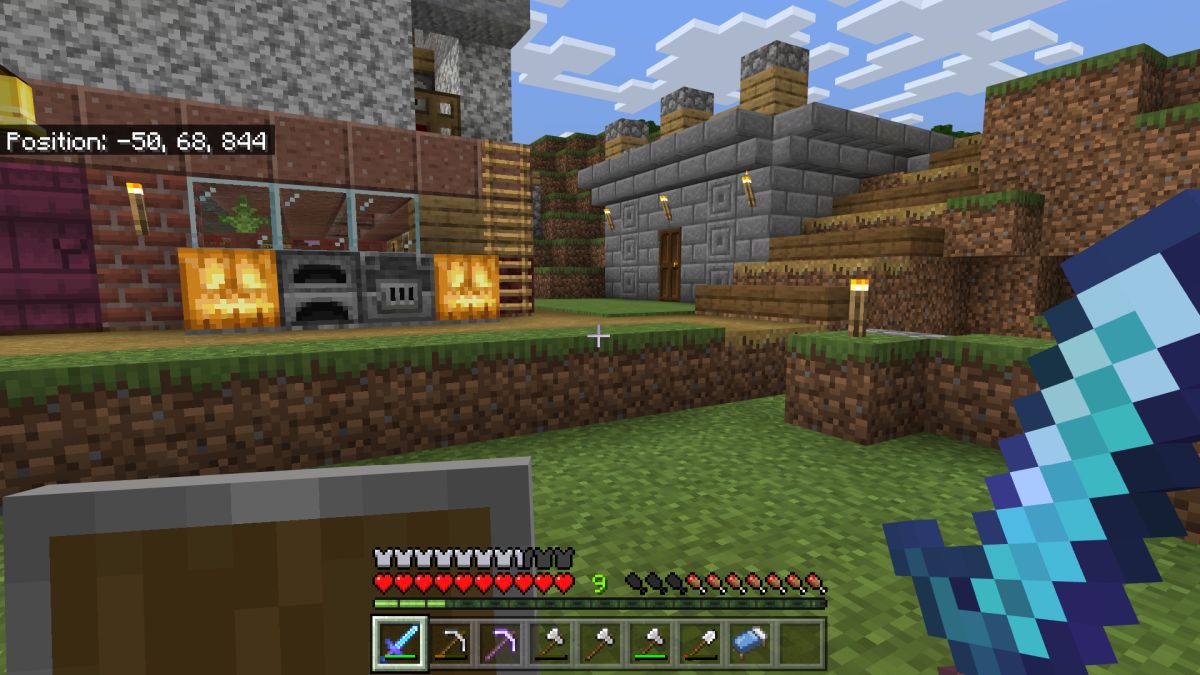 Playing Minecraft doesn’t require the latest gaming laptop out there, as the game has some relatively low system requirements. But does this mean that you can play the game without a dedicated graphics card?

Yes, you can play Minecraft on integrated graphics cards. Most integrated GPUs are perfectly capable of running the game smoothly. You will still have to adjust the settings a bit, and it might get sluggish at times… but it will be generally playable.

This is because Minecraft is built to care more about CPU (your processor) and less about your graphics card. Sure, the better your system, the better the game will run… but for most users that play the regular game, integrated GPU is just enough with the right specifications.

We can take a look at the minimum system requirements for Minecraft on PC in order to understand the relatively low resources that it needs:

It is true that these are the minimum system requirements, which means that the game won’t run on max settings and at peak performance if you only have these… but most modern laptops have at least more RAM and better processors than the minimum requirements, resulting in a decent performance even without dedicated GPU.

Sure, it does help if you have a dedicated graphics card, but you don’t need one to fully enjoy the game. What you might need for that is a custom, amazing skin – click here to check out my recommended ones.

Yes, Minecraft will run without any problems on Intel HD 4,000 and above (integrated GPUs). Many modern laptops and computers will feature the Intel Iris cards, which are a bit more advanced so they will have no trouble running the game either.

As long as you have a decent integrated GPU – be it Intel or AMD – the game will run without any major problems.

Minecraft was specifically created to on as few resources as possible, so that kids all over the world can play it without having to spend a fortune on equipment.

Can you play Minecraft without a GPU?

Yes, you can play Minecraft without a GPU. As long as you have a good integrated graphics card, you should be able to run the game just fine.

Multiplayer Minecraft – no matter if you play on the various servers, your realm or in a multiplayer game – will require a bit more resources and will get sluggish or even crash if you don’t have a dedicated graphics card.

But you will still be able to play the game without major problems for most of the time. You will have to tweak your settings and lower them accordingly – a cheap price to pay compared to the potential one of investing in a new laptop.

How smoothly will Minecraft Run on integrated graphics?

Your regular, single player, vanilla Minecraft will run pretty good on integrated graphics, as long as your other system specifications meet at least the minimum requirements or are above that.

Even multiplayer Minecraft can run pretty well on integrated GPU, but will get sluggish when you will have many players around, lots of custom items or tons of mobs.

One easy way to make sure that you get a great experience from the game is tweaking some settings using the recommendations below:

Reduce the Render chunks option to 24 or even 16. This is the first and only setting you should reduce – if it’s not enough, you can try reducing others as well.

These include disabling the “Fancy graphics” option. This will make the game look a bit less appealing, but it will also let it run a lot smoother.

Smooth lighting, beautiful skies and rendering clouds should also be disabled if your in-game performance is not ideal as these also require a lot of resources.

Just play with these settings, disabling and enabling them until you find the perfect balance. But I repeat – in most cases, simply reducing the render distance will solve all performance-related issues.

Can you play Minecraft on a Chromebook?

No, you can’t play regular Minecraft on a Chromebook because the game was created to run on different operating systems. However, you can install and play Minecraft Education Edition on your Chromebook.

While it is not the exact same thing, it’s still better than nothing. You can download the Minecraft Education Edition from the Google Play store and install it on your Chromebook.

If you really want to play regular Minecraft on a Chromebook, you would have to go through a lot of trouble, which includes rooting your device.

Even if you manage to go through all these complicated steps, the actual game experience will be laggy and pretty much terrible overall.

So for now, we should accept that we can only play Minecraft Education Edition on Chromebooks, and not the full version of the game.

Other things to consider

You can play Minecraft on Integrated graphics no matter what and the experience will generally be good. Make sure to tweak the video settings as instructed above in order to maximize performance.

But even though integrated GPUs are acceptable, if you have the option to choose a laptop with a dedicated graphics card – even if it’s not an amazing one, you’ll still get a much better experience out of the game.

Don’t expect the game to run flawlessly in all situations, though! Very crowded servers (or hosting your own multiplayer game) will more often than not result in performance issues, even with the video settings tweaked.

Placing too many items and activating them all at once – like tons of TNT boxes or having too many spawners or redstone contraptions too close to each other can have similar results.

Also, don’t expect to be able to smoothly run a heavily modded game on integrated GPU. If you plan to run realistic shader mods or other “beautifying” mods for the game – or those that add a ton of extra content, the game might become unplayable or extremely laggy.

But for most Minecraft players out there, these potential issues won’t be deal breakers. As long as you can play the vanilla version of the game, you’re still covered!

Let us all know if you are playing the game on integrated graphics and if you can generally enjoy the experience or it’s too difficult to play your favorite game modes.