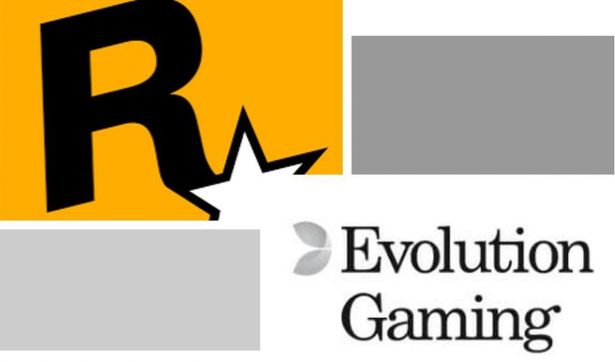 Rockstar is one of the biggest names in gaming. And it’s no wonder why when you think about all the smash-hit franchises it’s responsible for. Grand Theft Auto and Red Dead Redemption are some of the most popular video games across the world, so you can see why the company’s worth $5 billion.

But did you know there’s a gaming developer called Evolution, which takes gaming to new heights and is worth five times as much, at a staggering $25 billion? Well, now you do. So let’s take a look at who Evolution Gaming is and how it can possibly be more lucrative than the creators of GTA and the Red Dead series

Evolution focuses on providing online casino services to businesses across the world. It has a vision of being the world-leading provider of online casino games, and since its inception in 2006, it has certainly proved this to be true.

Like many other gaming developers, Evolution started out by carving a niche for itself, focusing on the live dealer market. It revolutionized the European live dealer platform as live gaming started to boom.

This helped play a pivotal role in Evolution’s success as the online gaming industry had been growing for some time. While other gaming developers who specialized in slots such as Microgaming and NetEnt continued to deliver, there was a desire from many players to have a more authentic gaming experience.

Something better than just playing a 3D version of Blackjack. And that’s where Evolution delivered tenfold. Live dealer games offer a truly immersive experience when you’re playing some of the table classics, such as Roulette or Blackjack.

From the player’s point of view, you’ll have a live dealer standing in front of the table in front of you. This will be broadcast from a live studio, so they’ll be talking and interacting with you in real-time.

Live dealer games brought the class and sophistication back into online gaming, but it also brought a buzz of excitement, especially over the years as Evolution opened up new studios around the world and created new games to keep players entertained.

As well as the typical live dealer games, Evolution treated us to Lightning Roulette and game show categories with Monopoly Live and Deal or No Deal Live.

As well as growing its live dealer portfolio, Evolution also opened up new production hubs across the world, even breaking into America with its live casino studio opening up in New Jersey in 2018. It’d be easy to accuse Rockstar of resting on its laurels by not releasing games regularly.

But even companies like Ubisoft that release Assassin’s Creed games every year don’t reach the dizzying heights of Rockstar. The multiplayer version of GTA helps bide some time until fans call out for a new version, but they’re doing okay so far.

Rockstar segues aside, Evolution, on the other hand, doesn’t stop at anything. It continues to give more to its players, and one way of doing that is the same as any other business – snapping up the competition.

In just the space of a few years, Evolution acquired Ezugi, NetEnt, Red Tiger, Digiwheel and is in agreement to acquire Big Time Gaming. That’s some pretty big names that now fall under the Evolution umbrella. NetEnt is one of the biggest Swedish companies and is responsible for some top branded slots, such as Vikings.

Then there’s Big Time Gaming, responsible for the Megaways engine, borrowed by other gaming developers to give players the opportunities to play across a mammoth amount of paylines. It’s safe to say that Evolution now has the best in all areas of online casino games.

You don’t just have to read about it; you can play live dealer games and see for yourself just why Evolution is so effective. Perhaps it’s because the company has created a name that it needs to live up to, making new games that are innovating the industry, just as Rockstar did with Red Dead Redemption and Grand Theft Auto. But it’s definitely put the work in to provide fun games to millions of players worldwide

What can you expect next?

Evolution launched Gonzo’s Treasure Hunt, taking on NetEnt’s flagship character and combining it with a virtual reality mode. Again, it’s constantly revolutionizing online gaming (when it’s not snapping up the competition), so it’s easy to see why it’s worth five times more than Rockstar.

But maybe if we see virtual reality GTA on the horizon, those billions could be upped a bit more?