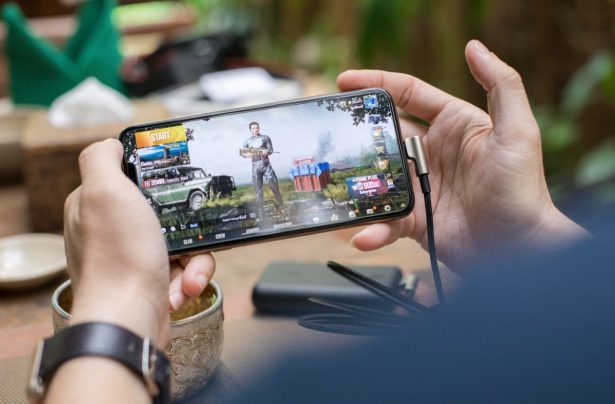 According to a study published by TechJury, more than 20 percent of all applications downloaded on iOS and Androids are games. The same study also revealed that about 40 percent of all smartphone use is meant for playing games.

Of course, these numbers would not mean much if we did not know how many people in total had a smartphone. As of today, about 3.5 billion people have at least one smartphone, and roughly 2.2 billion owners play games.

The revenue of mobile games is also something to behold. This year, in October alone, mobile games generated $7.5 billion across App Store and Google Play.

The numbers are incredible, and it should not come as a surprise to see so many developers trying their luck in the market. However, because mobile games can be so profitable, the industry is incredibly competitive, and the odds of success are relatively low even if you can present a decent game.

A proper marketing plan has to be in store if a mobile gaming developer wishes to monetize their game. The question is, how to create such a plan?

Market research should be the first step. Unless you identify your target audience, you will end up wasting valuable resources, such as time and money. Once you have a general understanding of your potential customers, you can focus marketing efforts and create tailor-made strategies to increase conversions.

For example, if your game is a strategy or a shooter, you will have to seek online communities that already play similar games on mobiles or other devices.

Your goal is to study the market and find these audiences so that you can sniff around and figure out if there would be an interest in your game. And when you confirm that there will be, you can take the next step in your marketing efforts.

Studying competitors is another crucial element of a solid marketing strategy. Both new and experienced mobile game developers can learn a lot from their competitors. Of course, it does not mean that you should simply copy and steal the ideas.

No, instead, see what works and what does not and apply their practices in both your game and marketing strategies if possible. Ideally, you should be playing not just your own game to test it, but also playing competitor games and reading feedback about it from other players.

More than 70 percent of marketers believe that collaborating with influencers is better than using other advertising channels.

Mobile game developers can benefit from these collaborations as well. People trust influencers they admire more than they trust companies that are pushing their products and services.

Marketing strategies like word-of-mouth and social proof from influencers are also effective because they do not get stopped by ad blockers. Browsing social media and using an ad blocker still shows a post from an influencer one follows, whereas various online ads would not be seen.

Whether you can afford to work with macro-influencers or micro-influencers comes down to a budget. But the important thing is that this marketing approach works.

Also, when searching for influencers, do not limit yourself to just social media. Since you want to promote mobile games, seek reviewers on YouTube and streamers on Twitch TV.

The latter is effective in particular because gamers make the majority of Twitch demographics.

Cross-promotion campaigns are often the go-to method for app marketing specialists. If a developer already has a title, it can utilize it as a promotional chance. Or, as an alternative, getting in touch with another app developer and asking to rent “ad space” is also common.

It does not take too long to use a mobile app before you see an ad for another application, particularly when it comes to mobile games.

And why shouldn’t that be the case? If someone is already playing a mobile game, it is to be expected that they enjoy this activity, making them pretty much a perfect target.

More people are receptive to social media advertising than ever, meaning that mobile game developers should invest in running ads on Facebook, Instagram, and other relevant platforms.

Naturally, it makes sense to run ads on social media platforms that are already popular among the mobile device demographic.

One thing to note is that as a rule of thumb, video ads are about 8 times as effective as static images, so expect to get higher engagement rates from video.

Beta invites are a great way to hype up a game. Before the launch, announce that you are planning to run closed beta and generate interest in the game by letting players be the first to try it. The competition to get in and feel like they are part of the exclusive club will leave a positive impression on the beta participants.

Beta tests also work as a way to gather feedback about a game and work on improving it. From a simple in-game audio issue that needs attention to fix it and sluggish performance, to crashes for specific devices and iOS or Android versions, mobile game developers should treat beta as a valuable source of feedback.

7. Create the Fear of Missing Out

Players are more likely to return to a game and talk about it to their friends if there is a special event going on. The fear of missing out is a popular marketing strategy in various mediums, and mobile games are no exception.

For example, if a game has a microtransactions store, adding exclusive and time-limited discounts as well as items are bound to gain traction and attract players who do not want to miss out on these offers.

Special events are worth a shout as well. It is common to see games create something exclusively for occasions like anniversaries, Christmas, Halloween, Easter, and so on.

These events introduce new content and freshen things up for current players while also attracting new gamers and players who have left the game because they got bored of it.

The last bit of advice is pretty straightforward. Mobile game developers need to get the word out about their game, and the internet offers a plethora of different channels.

If you were to take a look at Reddit, for instance, there are separate subreddits for iOS and Android gaming. The former has 155 thousand subscribers, whereas the latter has 235 thousand.

Discord servers might not be as popular for mobile games as they are for PC games, but there are still plenty of different servers that could be a good marketing channel.

Then you have social media groups and regular online forums that gather communities of like-minded people, including mobile gamers.

It is, however, important to note that you cannot just barge in and start to aggressively advertise your mobile game across these channels. Usually, there are certain guidelines that developers need to follow, provided that a community allows advertising in the first place.

One final thing to note is that the idea of a mobile gaming community could be used not just as a means to advertise. Developers can and should consider creating a community for their game and nurture a channel where players can discuss the game or offer suggestions to developers on a regular basis.

To sum it all up, there is a lot to consider for mobile game developers if they wish to promote their game and attract more players.

Identifying relevant marketing methods and making the most out of the available resources is difficult but also imperative.

After all, it is hard to expect players to randomly discover a new mobile game in a market that many consider oversaturated.