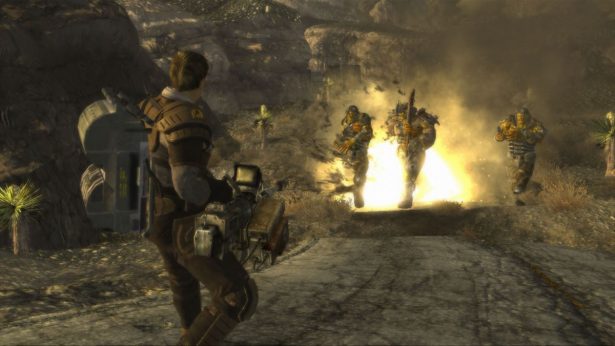 Throughout the rich history of video games, we’ve seen plenty of fantastic RPGs. Some have been successful, others less so. One of the biggest hits in role-playing games is definitely Fallout, the fantasy post-apocalyptic series developed by Interplay Entertainment.

First launched in 1997, Fallout’s first few games were a hit and miss. They still had a large fanbase that led to the creation of action role-playing games starting with the legendary Fallout 3.

The whole premise of the serious and legendary characters and factions such as the Brotherhood of Steel make Fallout an adventure no one can ever forget.

After Interplay Entertainment closed its studios, Bethesda bought the intellectual rights for the Fallout series. It proved a fantastic move as the popular studio would take Fallout to new heights beginning with Fallout 3 in 2008.

Fallout 3 is the archetypal Fallout game. It’s also one of the best RPG video games of all time. It had it all right on release. From a deep story with plenty of twists and turns to the fantastic setting in the open-world Wasteland, Fallout 3 is one of those video games you simply must try.

It has been over a decade since its release, and thanks to the modding community, this game is still alive. Collecting Nuka Cola caps and doing fun side-quests expand the story elements and cement Fallout 3 as the best modern RPG of the 2000s and beyond.

While most players put Fallout 3 on the throne right over New Vegas, the differences are subtle. Many Fallout fans will choose the apocalyptic New Vegas setting over Fallout 3’s Wasteland. And it’s not hard to see why.

The ruined casinos and neon lights look phenomenal, and the society built upon the ruins of the radioactive gambling capital is something you can’t take your eyes off.

And yes, you can get into the casinos and play a round of roulette while sipping scotch. The only thing that’s missing are casino free spins bonuses you can get online these days. With maximum winnings of 10,000 winnings in some of these radioactive establishments, it’s worth spending a day in.

The game that started it all back in 1997, Fallout is an RPG classic that has withstood the test of time. Thematically it’s a familiar game for players, although the isometric POV and the turn-based combat might be too much for some.

There’s no question that the original game is focused on storytelling rather than impressive graphics. That’s why it’s appreciated decades later with hopes of a remake high among fans of the series.

The gaming community’s opinions on Fallout 4 are largely divided. Some loved the gameplay expansion with settlements and the bigger map than the previous releases, others were not very impressed with the new story element.

It’s true that Fallout 4 was a pretty different game when it came out. It didn’t disappoint, but to be honest, it never reached the heights of Fallout 3 or Fallout: New Vegas. However, if you love a good RPG with a deep story and Power Armors, it’s still a great choice.

Plus, who can stay indifferent to the game’s best companion Dogmeat? We couldn’t resist his charms, and neither will you.