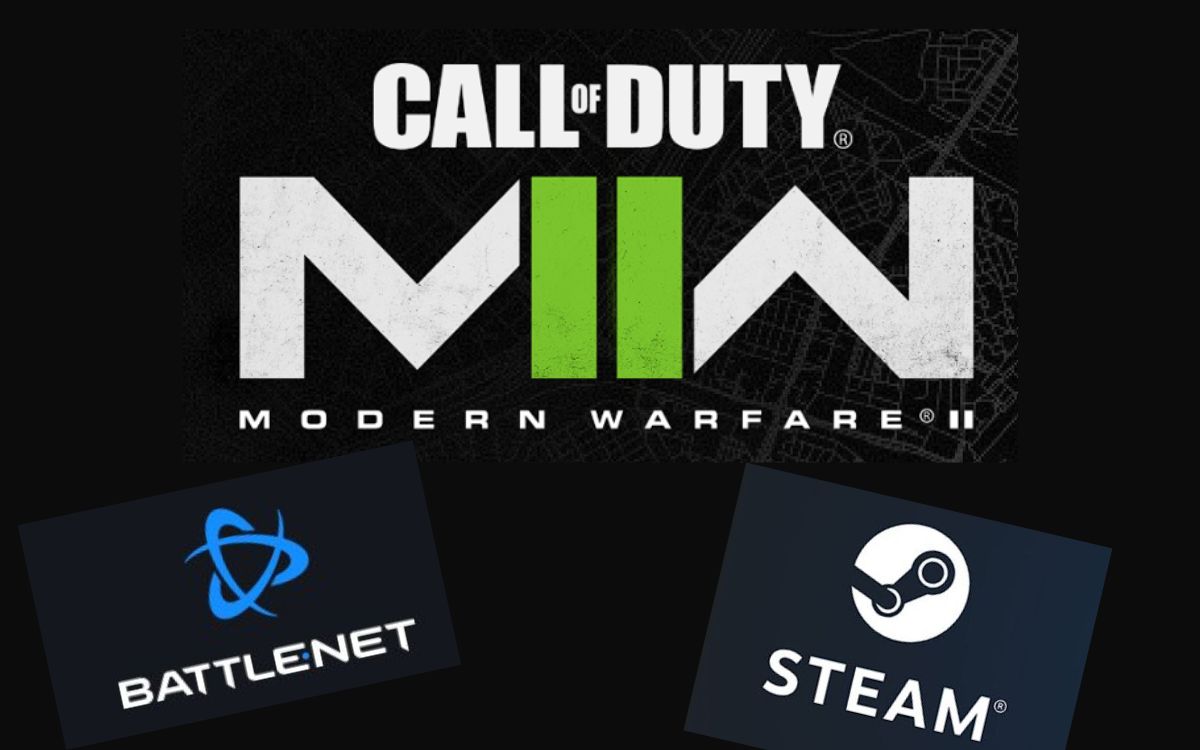 Call of Duty Modern Warfare 2 is back with a new campaign, consisting of the legendary characters of Task Force 141, and unique game modes that are rightfully making people jump onto the Call of Duty train and grabbing the game!

It’s available in both Steam and Battle.net for PC users.

While it’s quite convenient to have multiple options, it can also create some confusion on which platform you should go for.

There may not be stark differences between these, but let’s take a look at where they differentiate.

Should You Buy COD MW2 on Steam or Battle.net?

It’s really up-to your preference and the platform you prefer. Personally, though, I’d suggest you go for Steam over Battle.net, and I’ll back up my claim in a bit!

Call of Duty Modern Warfare 2 has the same prices in both platforms. The standard edition is available for $69.99, whereas the Vault edition is priced at $99.99.

The process of installation, verifying and repairing game files, and changing game settings – all these features don’t differ much between these two platforms.

Furthermore, the game will track details and progress using your Activision ID. So, even if you get the game on Steam, there won’t be any requirement to link it to Battle.net.

That also means that COD points gained and purchased in Steam will not transfer to Battle.net for the same Activision ID, and vice versa.

Any COD points that you may earn in Battle.net or Steam will have to be used up in the respective platform.

But, why do I prefer Valve’s Steam to Blizzard’s Battle.net for CoD Modern Warfare 2?

Frankly, Steam is easily one of the most convenient platforms out there. It has a simple, user-friendly interface and a huge number of games.

If you’re someone who plays a lot of games, you probably have a big chunk of those games on Steam.

So, wouldn’t it be better to just get CoD MW2 on Steam and have all your games in one platform? It’s much easier to manage games in a single platform and more convenient too, since you won’t have to constantly switch platforms.

Multiple platforms can also suck up a lot of your RAM and GPU power as these tend to run in the background. However, this feature can be disabled.

Steam is a much swifter platform than Battle.net when it comes to download speeds as well as the quality of support.

If you’ve already entered your card information in Steam, then getting the game on Steam would be a smarter move.

That’s because, in order to purchase the game in Battle.net, you’ll need to put in the card information on this platform too, increasing the number of platforms with your card and compromising data security. It works the other way round too.

There are no huge differences between getting Call of Duty MW2 on Steam and getting it on Battle.net. All the reasons stated above are personal preferences and will vary for everyone.

Obviously, Battle.net isn’t a bad platform for Cod MW2 and you won’t be extremely disappointed with the gameplay or the services.

If the points above don’t really bother you, there’s no issue in going for Battle.net over Steam.

Call of Duty Modern Warfare 2 has gained insane popularity before it was even released, and rightly so! The reiteration of this legendary game has impressed almost all the CoD gamers around the world.

At the end of the day, it doesn’t matter if you’re getting the game on Steam or Battle.net. Both platforms are almost equal in all aspects when it comes to Call of Duty MW2.

The experience of playing the game, reliving the nostalgic moments with Captain Price and Soap MacTavish, is what stands out from all of this and makes it all worth it!