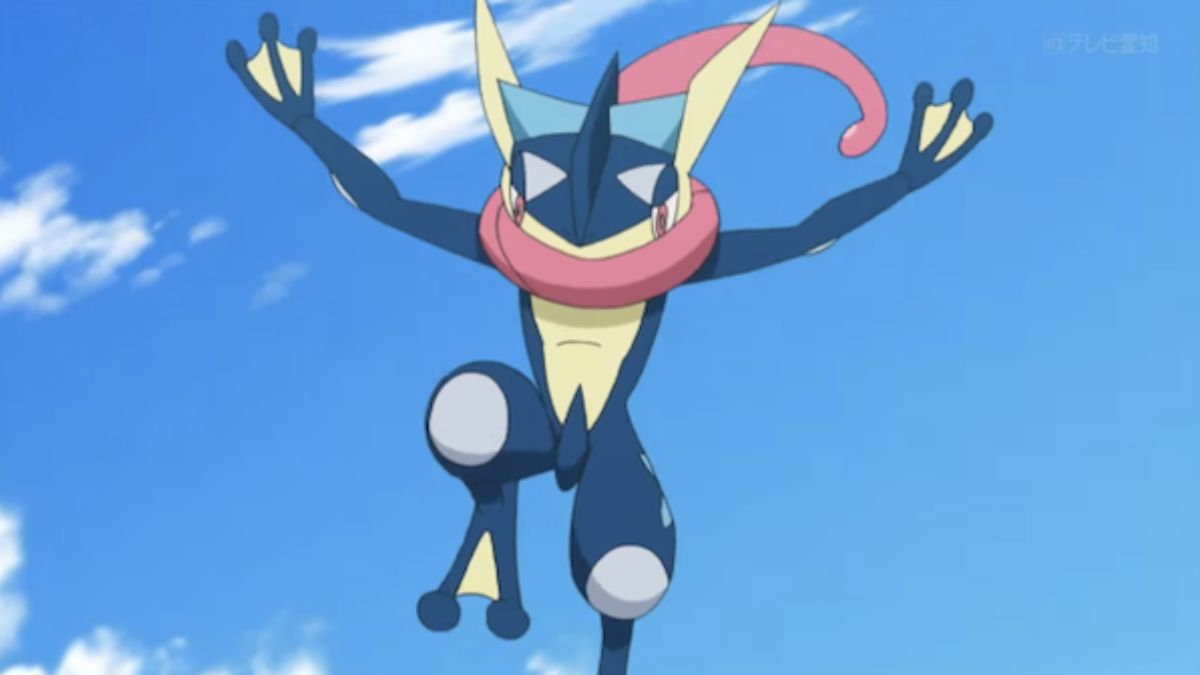 Greninja is the next 7-star event raid to arrive in Pokemon Scarlet and Violet. Players can challenge Greninja from January 27 until January 29 and from February 10 until February 13.

Since it’s a Poison-type, you will need Ground-type Pokemon with abilities that make them immune to water, such as Gastrodon and Clodsire.

For a flashback into the previous 7-star raids, consider checking out our guide on the Charizard event raid.

In this guide, I will explain how to defeat 7-Star Greninja raids in Pokemon Scarlet and Violet, showcase some of the best Pokemon to help you, and list all available rewards.

Greninja Type, Stats, and Moveset in Scarlet and Violet

Instead of its original Water/Poison type, Greninja will now terastrallize into the Poison type.

As for its ability, Greninja will either have Protean or Battle Bond.

Keep in mind that if Greninja has Battle Bond, players will not be able to breed it and get Froakie or Frogardier.

In terms of potential moves, Greninja can have any of the following:

Best Pokemon for Greninja Raids in Scarlet and Violet

In terms of typing, Greninja’s Poison-type is weak to Ground and Psychic-type moves.

The tricky part with Greninja is that it can be hard to find a perfect counter. Steel Pokemon are strong against its Poison type, but if Greninja has Low Sweep, things can get tricky.

Similarly, Ground-type Pokemon will be taken down due to Greninja’s Ice and Water attacks.

Lastly, Psychic-type Pokemon will have a hard time if Greninja has Dark Pulse.

However, there are some workarounds. Here are the best Pokemon for Greninja raids in Scarlet and Violet.

Gastrodon is a Water/Ground-type Pokemon. Its Ground-type move Earth Power will be super effective against Greninja, while its Storm Drain ability will make it immune against Water attacks.

Additionally, it’s a naturally bulky Pokemon, so even if Greninja has the Battle Bond ability, it won’t get any use out of it since Gastrodon doesn’t die easily.

Clodsire is a Poison/Ground-type Pokemon. It has one of the strongest Ground-type moves to take down Greninja: Earthquake.

Also, it features the Water Absorb ability, thus making it immune to Water attacks, and is an overall great defensive Pokemon. Especially with the best nature and build, Clodsire can be a great asset to your raid team.

As a Water-type Pokemon, Vaporeon will be able to survive Greninja’s attacks without much trouble. Make sure to equip it with the Covert Cloak item to avoid getting poisoned by Gunk Shot or flinched by Extrasensory.

It’s essential for this raid to utilize the right build. Use Calm Mind and Acid Armor to raise your stats and then Stored Power to deal significant damage to Greninja.

When clearing the raid for the first time, the best reward is that you will be able to catch this Greninja. However, you can only catch it once, regardless of how many times you complete the raid.

Nevertheless, many other solid rewards can be gained, which makes completing the raid multiple times a great idea.

Here’s everything that can be gained by completing the raid multiple times.

To sum up, that’s everything you need to know on how to defeat the upcoming 7-star Greninja event tera raid in Pokemon Scarlet and Violet.

Greninja is an extremely strong Pokemon and a great asset to any team, so make sure not to miss the chance to catch it.

If you don’t have any of the Pokemon mentioned, consider supporting your teammates with the best support moves for tera raids.

Which Pokemon are you using to take down Greninja? Do you plan on using your newly-caught Greninja? Let us know in the comments below.