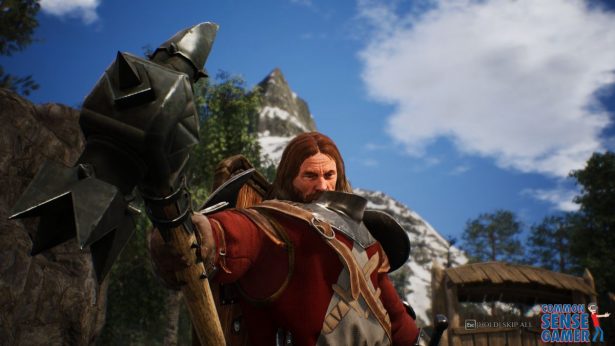 Depending on how and when you purchased King’s Bounty 2, you might be able to unlock some extra content that most players don’t have.

While many of the features you unlock are pretty much straightforward (for example, you get the weapons when you reach the castle), how to unlock troop skins in the game or even how to unlock premium troops is not that clear.

We’re going to talk about these in today’s article, with a focus on the former, because they are the most difficult to unlock. But first, let’s answer the important questions:

How do you get new skins, troops and content in King’s Bounty II?

In order to have access to extra content, you need to purchase the Lord’s Edition. There was also a “Day One Edition” bonus that offered you some extra skins and troops but that’s no longer available since you had to pre-order the game for them.

But you can purchase the Lord’s Edition at any time, and it will come with some really solid bonuses, including new skins, troops and items for your character (read about the best character in the game here):

As for the Day One Edition rewards, you can take a look at them here:

As you can see, with the Day One Edition, everything is either unlocked from the start (the new skins for the Order troops, for example) or very straightforward.

But how to unlock the special skins in the game?

From the description, this is not very clear, but I am here to make it easy for you.

The details say that you get new skins for the following units if you have the Lord’s Edition: Bandits, Free Archers, Raiders, Mercenaries, Assassins and Dark Adepts.

The same goes for the new skins from the Day One Edition for: Spearmen, Archers, Swordsmen, Crossbowmen, Knights and Cavalry.

But in order to actually unlock these skins, you need to first reach rank 3 with that particular unit. As soon as you do, the skin from the DLC will be used instead.

In order to reach rank 3 with any unit, you have to take part in fights using the same unit and keeping it alive. Units receive XP at the end of the battle but if the entire stack is killed, then all the gained experience is lost and you’ll have to start from scratch.

Not to mention that this is also a very expensive practice. We have a guide to getting more gold published already, but it’s still better to try to keep them alive instead.

So this would be how to unlock the new skins for your troops in King’s Bounty 2. They have absolutely no influence over the game’s core mechanics (no extra stats or anything), but they do look good.

The truth is that long term, you will most likely not use many of these said troops – but it’s very likely that you will use at least some of them extensively, especially early to mid game.

Either way, you know now how to unlock the special skins – get that particular troop to Rank 3 through successful battles and you’re all set.

If you’re looking for more inspiration for King’s Bounty 2, we have other guides published, like the guide on how to beat the Morane Trial easily, how to dispel Rossum’s shield early in the game or what’s the best character in KB2.

If you have additional comments or questions, don’t hesitate to let us all know by using the comments section below.