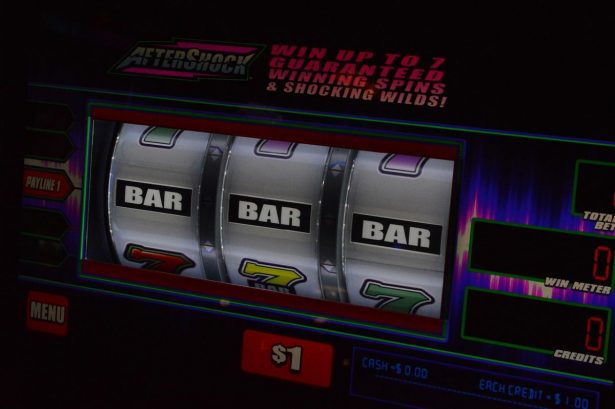 Have you ever walked into a casino that is not crowded with slot machines? We doubt that.

Slots are among the most famous casino games, and people always want to spin the reels and hit huge prizes.

They are a pure game of chance, but you can hit big winnings if you are lucky enough. Thanks to technological advancement in the past decade, you can play slots online and on the go, making them available 24/7.

Online slots can provide you a memorable journey, as players can enjoy numerous themes. Whether you prefer the classic ones, mythology, or adventure-themed slot games, you can enjoy them all.

Of course, movies are endless inspiration for game developers. Therefore, it is not surprising to see King Kong, the giant ape, featuring in one of the most popular slots. Let’s learn more about this slot together and see why players love to spin its reels.

How does the King Kong Slot Work?

The King Kong slot was released in 2011 by one of the most respected game developers in the casino industry – Playtech.

The official name of the online slot is Kong: The Eighth Wonder of the World, however, it is more familiar as King Kong. It is a five-reel slot with three rows and 20 paylines, and you can wager one coin per line.

The coin bet range goes between 1p and £2, meaning that you can wager a maximum of £40 per spin.

Let’s speak about major symbols a bit. Plyers can find 12 different symbols in the King Kong slot, and half of them vary from the gameplay mode.

The King Kong wild symbol is the most valuable one in the game, followed by a scatter symbol – the movie logo. Other high-paying symbols reflect the movie characters – Anne, Jack, Carl, and Captain Englehorn.

The playing card symbols from 10 to A are low-paying ones, and that’s become a standard when it is about Playtech slots.

If you want to learn more about the King Kong slot, check out the review presented here. But what makes this slot so popular and different from others?

Why Is King Kong Slot So Popular?

The King Kong slot has an attractive theme, but it’s not the major factor of its popularity. We cannot say that it is something we haven’t seen before, as there are tons of online slots with similar features in terms of the gameplay experience.

However, its special features make this slot game an inevitable title in the most reputable online casinos.

Plyers can run the King Kong slot game in two modes – The Jungle and Big City. The game starts in the Jungle mode, and it offers two different features. If you get three or more Wild symbols, you’ll enter the Jungle Respins feature.

Three respins await you while the wild symbols remain frozen until the Jungle Respins feature ends.

On the other hand, if you hit three or more scatter symbols, the Scull Island Bonus unlocks, and you can get more rewards from this adventure.

When you leave the Skull Island Bonus, you enter the Big City mode. You will notice that the symbols and the background change, offering an enhanced gaming experience.

Players can count on another two special features, different from the ones described above. Therefore, a great number of different features make the gameplay experience very exciting and attractive to UK players.

Although the King Kong slot doesn’t offer the progressive jackpot, you can still win high rewards. The maximum jackpot in this online slot is 3,000 coins, while the RTP is above 95% (95.5% to be precise), which is a very good figure for this type of casino game.

The King Kong slot is also available for playing on the go, as it is also supported on smartphones and tablets.

Whether you have an iOS or Android mobile device, you will be able to enjoy a seamless experience. It is not surprising since Playtech is the pioneer of mobile gaming.

Another interesting feature is that you can pick up where you left off after re-launching the game. Whether you played in The Jungle or Big City last time, the game will take you back to where you stopped playing.

This way, players shouldn’t start each gaming session from the beginning, and they should be more engaged in the game.

Peter Jackson’s 2005 movie has been inspiring other game developers to create King Kong-themed slots. NextGen and Cryptologic also release their versions of the King Kong slot, but the Playtech one remains the most popular among UK players.

Players can enjoy its exciting features, and movie fans playing online slots have a great option to get lots of entertainment. It is a medium to high volatile game, meaning that you can win big despite the lack of a progressive jackpot feature.

So, spin the King Kong slot reels, and you may win high rewards!