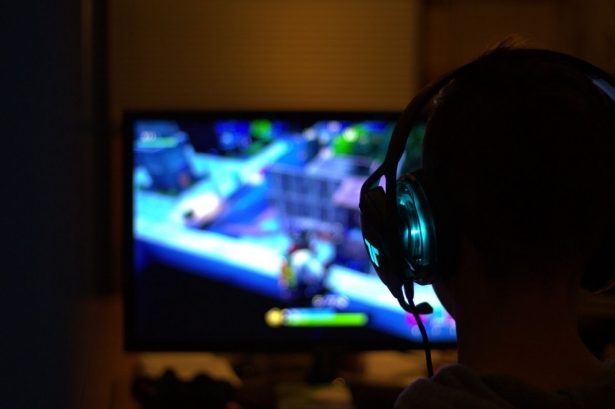 One of the best things about video games is that they bring people together. In the gaming community, you’ll find people of all nationalities and backgrounds competing and having fun with each other.

This also means that you’ll encounter a variety of different personalities and stereotypes when embarking on your virtual adventures. ​​Some of these gamers you’ll likely get along with, while others might make you want to quit whatever game you’re playing forever.

Let’s explore some of the gamer stereotypes you’re most likely to meet during your journey in the world of gaming.

This is one of the most common gamer types out there. A “casual” is someone that is playing a game just for fun and entertainment. They usually won’t spend hours analyzing their gameplay or watching videos on how to improve.

Not everyone plays games to be the best, and it’s great that some people out there are gaming just for pure enjoyment purposes. This is probably one of the least annoying stereotypes you’ll encounter, at least when they’re on the other team.

If you’re someone that takes video games very seriously, having a “casual” on your team might frustrate or annoy you. Lower your expectations when teaming up with them, as you might be disappointed with their lacklustre effort and potentially below-average skills.

Now we come to the antithesis of the “casual” gamer, the “professional”. This type of gamer lives and dies by their virtual sword. They give their all in every single game they play, and they might have aspirations to make a career out of gaming.

They may already be a professional gamer, making their living from popular esports games. Although unless you’re one yourself, it may be unlikely that you come across one in one of your matches. This stereotype also includes gamers such as the speedrunner, which try to complete games in the fastest time possible.

Overall, a “professional” is anyone that takes games extremely seriously, either because it’s their career or simply because they’re extremely competitive. It might be stressful to play with one of these people, especially if you have an aversion towards try-hards. On the other hand, they may help you win like never before.

The “excuse maker” might be one of the most annoying gamer stereotypes out there, but also one of the most common. When dealing with this type of player, your games might suddenly feature a soundtrack of justifications and excuses.

Every win you get will be tarnished by a barrage of controversy, as the “excuse maker” will pull out every trick in the book to make the result seem illegitimate. You may hear complaints of lagging or broken controllers as you get infinite rematch requests.

But fear not, all you have to do is hit “mute” and you won’t have to listen to them any longer.

The “gambler” is one of the most unpredictable gamer stereotypes you’ll run into. At times you may love playing with them, and sometimes you might hate it. This stereotype represents all the chaotic gamers that need just a bit more excitement than everyone else.

They might jump in front of a grenade to save your team, or they may try to bet with you over who’s going to win the game. If you have a “gambler” on your team and they suddenly stop answering, you might find them at the casino.

Be prepared to shave an eyebrow or give them your lunch money if you dare to bet and play against one of these gamers.

If you’re a “gambler” type yourself, it’s worth checking out the largest free online slots library on the web. There you can play free slots with no downloads or sign-ups required. All you need is an internet connection to have instant 24/7 access to over 7,780 online slots that you can play without using real money. Due to these slot games being entirely free, you can play them legally from anywhere in the world, even if gambling is banned in your country.

Maybe the only type of gamer hated more than the “excuse maker”, the “cheater” doesn’t care about fair play or merit. They’ll do anything they can to beat you, whether or not that includes breaking some rules along the way.

Cheaters will take advantage of bugs, cheat codes, and cheap tricks to try and complete games faster than everybody else, or to win online. Having one of these tricksters on your time might mean an easy win, but playing against them can be infuriating.

If you detect signs of cheating, we recommend reporting the player so that you can save others from being deceived as well.

The last gamer stereotype we’ll be covering in this article is the “social gamer”. This is someone that plays games more for the social interaction aspect of them rather than anything else.

They mainly enjoy video games when playing with other people instead of alone, and so you’ll mostly find them almost exclusively in multiplayer or co-op games. Social interaction is what engages this type of gamer, and it’s not uncommon for them to finish a gaming session with a few new friends to play with next time.