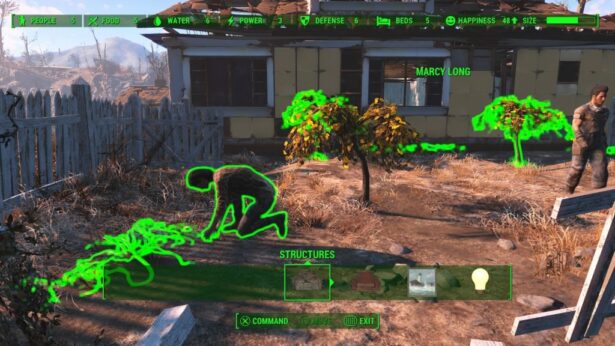 While many people focus on building their settlements and turning them into cool works of art, some are finding it difficult to get along with some of the settlers that join the legendary settlements they have built.

If you, for whatever reason, really dislike a settler and you want to to kill him or her… well, you know that it’s not easy because immediately everybody in the settlement starts shooting at you and you lose them all forever.

I have tried sneak kills, I have tried kills during the night, kills when the settlers were alone… nothing seems to work and apparently you’re doomed to live with all the settlers you already have.

Well.. that’s actually not the case! Read on to find out how to kill settlers in Fallout 4 (without being noticed).

In order to be able to do this, you will need to invest a bit in your settlement building skills. In other words, you need the level 1 Local Leader perk. You also need at least two settlements for this to work.

So once you do, here is what you have to do if you really want to kill settlers in Fallout 4:

1. Go to the settler you want to send to the other world and open the Workshop menu.

2. While in the menu, aim at the settler and choose Supply Line, then select any other settlement you have

3. While still in Workshop mode (to see where your actual settlement ends), follow the Settler. Once they are outside the borders of your settlement (the yellow borders), you can easily take them out and nobody will even care.

Voila! You know now how to kill settlers in Fallout 4 and most likely take out all those unlucky males that come between you and your dream to create the ultimate female-only settlement.

Or do whatever you want in the game, actually. It’s your choice, your game and you play it as you wish! This is the fun thing in Fallout 4, in the end!